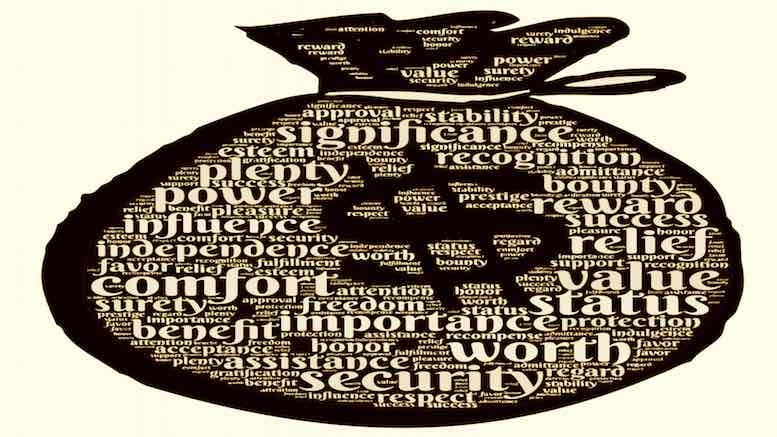 Since 2014 Commsrisk has reported on a string of public arguments in Ghana relating to the government audit of telco revenues and prevention of bypass fraud. And as 2017 begins, it is necessary to report that that those arguments have begun again, if they ever really stopped.

GhanaWeb’s barrage of criticism was focused on Afriwave, and the comms regulator that chose them to supply a new mandatory national interconnect clearing house (ICH) plus associated audit work to monitor traffic passing through the clearing house, as well procuring test call services to detect bypass. GhanaWeb did not mince their words.

Calling it a ‘sweetheart’ deal, GhanaWeb blasted the NCA, Ghana’s comms regulator, for wasting money on work that should be done by the Ghana Revenue Authority (GRA), the national tax collection agency. The GRA employs Subah to audit the tax revenues owed by telcos.

The telcos have said the ICH is not necessary, arguing that they have sunk millions of dollars into network infrastructure, which already enables customers to make calls across networks.

The revenue assurance license tasks Afriwave Telecom Ghana Ltd. to audit the volume of traffic and determine the accuracy of taxes that due on same.

Parliament has also stated categorically in the amended Electronic Communication Act 2016, which came into force in March 2016, that an Interconnect Clearing House will not provide tax revenue assurance, and shall not be responsible to account for tax revenue to government.

The NCA, however, went ahead in August, 2016, to award the contract to Afriwave, which contract shows that the NCA will pay GH¢3.52 million [USD0.81 million] every month to the company for “monthly report on traffic volumes and revenues.”

Donald Gwira, Director of Corporate Affairs at Afriwave, confirmed… that the revenue assurance function for which his company gets paid… rides on traffic volume monitoring, a function Subah is already performing.

“Revenue assurance goes hand in hand with telecommunications traffic volume monitoring because you cannot do the former without knowing the volume of minutes that is terminated by the mobile network operators and service providers,” Mr. Gwira said, confirming the suspicion of critics that the contract amounts to duplication of efforts.

These government schemes were implemented with the promise they would collect huge amounts of money from telcos. But it turns out taxpayers and customers will get screwed eventually.

The NCA maintains that from January 2018 when it stops paying Afriwave for its services, mobile network operators can now pass on the cost of clearing house onto consumers, a move that is expected to increase the cost of communication services enjoyed by consumers.

The fact that the ICH operations have cost implications for telecom services alone enrages the telecom operators, who continue to argue that they already provide interconnect services to consumers at no extra cost, while the new clearing house will add additional burden for their customers.

The additional cost to consumers and operators, in itself, is a deviation of from preliminary discussions had among stakeholders such as parliament, telecom operators, among others.

MyJoyOnline took the opposite side in this fight, reporting that Gwire had ‘debunked’ suggestions that Afriwave was duplicating the work of the GRA’s Subah.

According to him, by law, NCA is supposed to charge telcos a number of fees based on the volume of traffic they generate, and those charges by the NCA had in the past been based on records generated by the telcos themselves.

They put the blame on the GRA for creating duplication by refusing to take useful data ‘freely’ provided by Afriwave.

Gwira also noted that the work of Afriwave automatically generates free data for GRA to be able to determine domestic tax revenue from the telcos but GRA chose to still award a contract to another company and pay for the service.

Afriwave wrote a letter dated May 3, 2016, to GRA, offering to give them free data for them to do domestic tax revenue assurance on the telcos activities.

That offer meant GRA did not need to pay for tax revenue assurance on the activities of telcos, but GRA chose to renew the contract of another company (Subah) just for the state to keep paying for something Afriwave is offering for free.

Anyone who has followed the arguments this far will note we just got told that Afriwave is not duplicating Subah’s work because Subah is duplicating Afriwave’s work. What a useful clarification!

The rest of the MyJoyOnline article concentrates on the dubious way Subah’s contract was renewed, and other hints at corruption by the GRA.

PeaceFM took a more balanced approach to covering the story, by simply listing all the accusations that each side had thrown at each other. Their article is very long and exhaustive, so anyone attempting to read it through may find they have committed suicide before they reach the end.

Meanwhile, a comical clarification of how Ghana’s regulators are definitely duplicating their audit work was given by Gwire, in a piece published by Ghana Business News.

Last year, Parliament decided to separate the two [audits]. GRA will do tax revenue, while ICH does revenue assurance for the NCA.

In other words, it is Afriwave’s job to check the NCA receives its surcharge for international incoming traffic and fees for telco licences. Meanwhile, Subah checks that telcos pay taxes to the GRA. Even a blind man could see the obvious opportunity to increase efficiency by merging the audits into one. Or are the profits made from international traffic and domestic interconnect not relevant to the calculation of the telco’s overall profits, as subject to taxation?

Perhaps fearing a public backlash, Afriwave started boasting about how successful it is at stopping simbox fraud. Again. In April 2016 they said they cut 300,000 simbox lines within just 5 months of starting operations. Now Afriwave has told a press junket they blocked another 400,000 simbox lines in the past 6 months. To my ears that sounds like boasting you solved a thousand murders one month, a thousand more the following month, and another thousand in the month after. If you keep solving murders at that rate it means you failed to catch the murderers or failed to deal with the causes of crime. Probably you failed on both scores, and that is exactly what is happening in Ghana. They have taken the deeply flawed ‘find and fix’ model of assurance to the ultimate pinnacle of absurdity. Why? Because repeatedly finding and fixing the symptoms is a more reliable source of money and work for a small number of people than devising and executing a strategy that might actually work.

Ghana’s approach to telecoms tax and fraud has repeatedly been offered as an example that other nations could learn from. Other countries should learn from Ghana, because it is an excellent illustration of how governments can make a mess of regulation, encourage corruption after promising to fight it, waste money on duplicated effort, and still fail to address the real issues. And Ghana’s regulators and auditors will keep on failing, because however well you follow a fundamentally misguided plan, you will never arrive at the promised result.