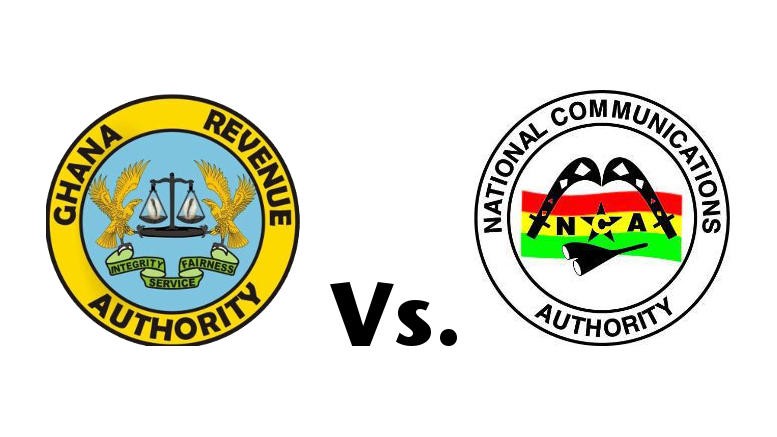 In some countries, regulators are desperate to squeeze more tax from telcos by imposing national revenue assurance systems and audits. Pulse.com.gh reports that Ghana has gone one step further, with two separate government bodies battling over who has the right to audit telco revenues. The Ghana Revenue Authority (GRA), the Ghanian tax collector, wants outsourced provider Subah Infosolutions to monitor international traffic, to confirm the government receives the maximum amount from termination fees. However, the National Communications Authority (NCA), Ghana’s telecoms regulator, says that Subah’s monitoring systems have not been licensed. Whilst the GRA threatens telcos with punishment if they do not co-operate with Subah, the NCA tells telcos that the same kind of audit work will now be done by Afriwave, a rival supplier which beat Subah for the contract to implement a national interconnect clearing house.

Pulse reporter Emmanuel Quist has done an excellent job of researching the breakdown in communications between the two government entities. Whilst disagreements between government officials had become steadily public over time, relations took a turn for the worse on September 25th, when the Attorney-General agreed to a request from the NCA for the termination of Subah’s contract with the GRA. The Attorney-General also questioned the contract on the grounds that changes were made after it had received her approval. The most significant change was the addition of a new clause which requires Subah to be compensated for early termination of the contract.

The conflict came to a head on 30th October, when the NCA wrote a letter to Subah, with copies sent to the Finance Minister, Communications Minister, Commissioner of the GRA, and all telcos in Ghana. The letter ordered Subah to…

…cease operations in the telecoms sector by Thursday, November 12, 2015.

The NCA’s argument was that Subah’s work, as described in their contract with the GRA, required the supplier to have a license from the NCA. However, the NCA had never issued a license to Subah.

In the absence of a license from the Authority [NCA], Subah cannot continue to operate in the telecommunications industry as it is illegal to do so.

A few days later the NCA sent another letter to all telcos, instructing them that…

…Afriwave Telecom Ghana Limited has been licensed by the NCA pursuant to its regulatory mandate to carry out international monitoring of traffic and you are by this letter directed to permit them to have their probes attached to your respective systems.

However, the GRA wrote to telcos the following day, telling them the NCA was wrong to say that Subah needed an NCA license, and that if telcos did not co-operate with Subah’s work they could be fined five percent of their revenues.

There have been plenty of public rows between Ghanian telcos and government bodies. Most of them revolve around the honesty of the telcos, the need for government bodies to audit them, the fight against simbox fraud, and the benefits that would be delivered by a national interconnect clearing house. I have always sided with the telcos because the arguments in favor of government action were unconvincing. For example, government advocates claim that a national interconnect clearing house will reduce simbox fraud, even though the techniques for detecting traffic which bypass international gateways have nothing to do with managing the connections between national telcos. Now that government bodies are openly fighting each other, my suspicions have been confirmed. Whatever motivates the government agencies to behave the way they do, it is clearly not a desire to spend money wisely, or to protect the interests of ordinary Ghanians.

The conflict between GRA and NCA reveals two government bodies willing to waste money by replicating each other’s efforts, whilst trying to block what the other has done. As a consequence, telcos are put in a ridiculous position, told to assist duplicate monitoring of the same traffic! And if the telcos side with one government body, they risk penalties from the other. We all know that some African regulators have a reputation for arbitrary and unpredictable behavior which discourages private investment. Some argue this reputation is not deserved, and the root cause is the repeated failure of telcos to meet their obligations. However, even the most sympathetic supporter of African governments must realize the damage done when two government bodies publicly squabble about who has the authority to audit telcos, and which suppliers are legally empowered to perform those audits. If the people who impose the audits cannot agree what the rules are, then how can telcos be blamed for being confused about the rules they are meant to follow?