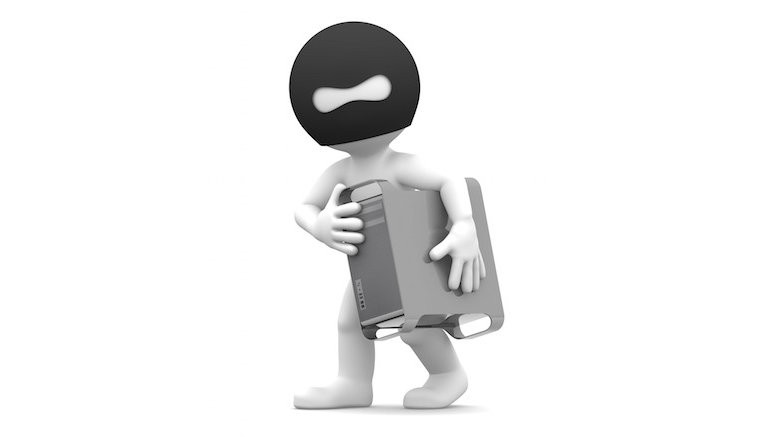 The next sentence is important for two reasons.

Gideon Ikwe, whose profile currently states that he is Head of Revenue Assurance at ntel in Nigeria, and who previously worked for a business called Datahouse Consulting after leaving the role of RA Consultant for the Mobile Telecommunication Company of Iran, steals intellectual property from others and then passes it off as his own.

The reasons why this sentence is important are as follows:

Some people think the internet only works in one direction, and they are often right. They think that people can only find the information which they want to make public. For example, if they want to tell people that Datahouse Consulting has written a really useful slide pack explaining the basics of revenue assurance, then people will learn that – even if it is a lie because Datahouse Consulting copied the contents of the pack from others. However, the internet can work in the other direction too. If somebody says Gideon Ikwe is stealing and lying, they can learn that too. The difference between the two directions is only a matter of effort. Most individuals want to promote a good image for themselves, whilst most people lack the motivation to check facts. That begs a question: how much effort do you put into vetting the people you recruit, or the people working for your supplier? Given that you deal with sensitive information, are your background checks sufficient?

The evidence confirms that Gideon Ikwe is a repeated plagiarist, as stated in this earlier Commsrisk article. Once discovered, a sensible man might have simply pulled the offending slide pack from the internet. Gideon Ikwe wanted to continue as though nothing happened. He repeatedly deleted comments to the slide pack which told readers he had copied the contents of his pack from elsewhere. Then he simply closed the comments section, as if that solves the problem of copyright infringement! He neither acknowledged the complaint, nor admitted his guilt – he just wanted to go on abusing other people’s property, and believed he could do so without negative consequences.

The offending slide pack is no longer available via LinkedIn’s SlideShare service. That is because I filed a notice of copyright infringement with LinkedIn and they pulled the slide pack soon afterwards. Having been caught, Gideon Ikwe had a whole month to do the right thing, by voluntarily removing his copyright-infringing pack from the web. He chose not to. So for a month he encouraged yet more people to join the 10,000 people that had already seen the pack, as reported by LinkedIn. The problem with policing copyright is that it is slow. Pirated materials can remain on the web for a long time, especially if nobody reports them. What disturbs me about this case is not that one scumbag infringed copyright – there have always been plenty of crooks working in revenue assurance – but that none of the 10,000 people who saw this pack thought to question where its contents came from. The examples of copyright infringement I pointed to were the most easily proven, but it is hard to believe that 10,000 people with an interest in RA had no suspicions about the true source of much of the content, and so failed to challenge the claim that it was the copyright of Datahouse Consulting.

Update 9.30am UTC, 9th August 2017: It is clear Gideon Ikwe follows this website, because he has now changed the name of the profile. Instead of hiding behind an Iranian telco, his slideshare profile now takes the name of a Nigerian telco, even though the content and photograph on the profile make it clear that he is using it as a personal account to promote himself. That still begs plenty of questions, such as why ntel of Nigeria would want their name to be used to encourage people to read copyright-infringing slides that have the name of another business, Datahouse Consulting, written all over them.

You must decide whether RA professionals can benefit by stealing from each other, without suffering any consequences. Removing a copyright-infringing slide pack from the web just returns us to where we were two years ago, before Gideon Ikwe posted it publicly. He benefitted from breaking the law; only our community can do something about it. It is for you to decide if the RA community is nothing more than a techno Wild West populated by telco consultant cowboys, who lawlessly drift from one country to another. You decide if the cowboys can take whatever they want – your company’s intellectual property, another person’s slide pack, even the name of a telco if they want to hide behind it – without fearing punishment. If enough people do nothing, then this kind of self-promotion and thievery will work, and thieves like Gideon Ikwe will benefit from violating the law. But if sufficient people take action – by warning others about crooks, by challenging material that ‘conveniently’ is given away for free via the web, and by doing checks when they hire employees and engage consultants – then plagiarism will backfire, causing reputational harm that outweighs the promotional benefits.

So now it is over to you, RA people of the internet. Do the outlaws outnumber the sheriffs? Are you waiting for somebody else to bring law to your town? Or will you police it yourself?