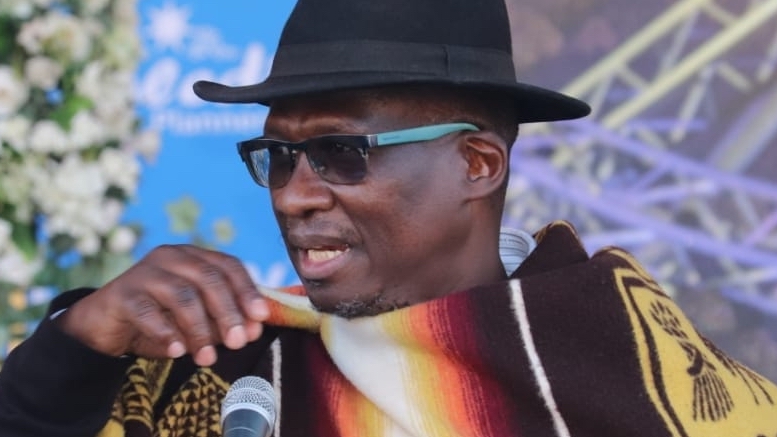 Controversial revenue assurance business Global Voice Group (GVG) will have their USD25mn contract for the automated national audit of telecoms revenues in Lesotho nullified if new legal action from the country’s government and comms regulator is successful, reports the Lesotho Times. The deal previously hit the headlines when Mamarame Matela, former CEO of the Lesotho Communications Authority (LCA), claimed that bribes and sexual favors were demanded during the original award of GVG’s contract. Now Samuel Ts’oinyana Rapapa (pictured), the Minister for Communications, Science and Technology, says the contract must be overturned because it was corruptly awarded to GVG at the behest of Matela. High Court papers lodged by Rapapa and the new management of the LCA will also argue that the comms regulator is not legally permitted to perform the electronic surveillance that will be enabled by the implementation of GVG’s system.

The tender for a national RA system was awarded by Matela to GVG in 2020 at a cost of LSL500mn, which is equivalent to USD24.9mn at current exchange rates. She has been accused of improperly overriding governance procedures by placing herself on the LCA’s tender evaluation committee and by telling GVG their bid was successful before it had been submitted to the LCA’s board for approval. In addition to criticizing Matela’s role in awarding the contract, the application to the High Court lists several reasons why the LCA is not legally permitted to operate a system of the type provided by GVG. One of these is that GVG’s system would give LCA the ability to monitor mobile money transactions although LCA has no legal authority to oversee financial transactions because that power resides solely with the Central Bank of Lesotho. The filing also states the revenue assurance system would give LCA electronic surveillance capabilities “which would be more appropriate to the security and intelligence agencies”. The High Court is expected to hear the case on 18 October.

There is a strong political aspect to this scandal. Matela is affiliated to the Basotho National Party (BNP), a junior partner in a coalition government led by the All Basotho Convention (ABC). She was appointed LCA CEO at a time when the Communications Minister was Thesele Maseribane, leader of the BNP. Matela rapidly fell out of favor following a cabinet reshuffle that saw the Communications Ministry become the responsibility of an ABC politician, Keketso Sello. There was a legal tussle over Matela’s sacking, with government claims about her corruption being countered by Matela’s accusations that Sello pressured her for sex whilst demanding a LSL3mn bribe from GVG and the appointment of a business he owned as a subcontractor to the national RA deal. Rapapa took over from Sello as Communications Minister in June 2021. This makes the timing of this legal action curious, as Lesotho held a general election on October 7 and the early indications are that the ABC have been routed by a new party, Revolution for Prosperity (RFP), which appears set to win a majority of parliamentary seats. The first reports of the count from Rapapa’s constituency, Mosalemane 19, say that he has lost his seat after only finishing in fourth place.

It can be difficult for outsiders to understand the intricacies of African politics, but that does not mean we should underestimate the significance of telecoms to African economies. Telecoms is an important source of wealth and job opportunities, which also makes them a magnet for corrupt practices. The significance of telecoms is underlined by the seniority of the politicians who were given responsibility for the Communications Ministry in Lesotho. The Minister who appointed Matela as CEO of the LCA was also the leader of her party, the BNP. Rapapa is a major political player who was formerly the Chair of the ABC. He was briefly expected to become Prime Minister when he was nominated for the job in 2020 by the party’s National Executive Committee. However, he was denied the role following a rebellion by a majority of the party’s MPs, with one senior ABC parliamentarian describing Rapapa as a ‘lunatic’. Rapapa has since been embroiled in further political in-fighting which likely contributed to Lesothan voters rejecting ABC at the ballot box.

Just last week Rapapa attended and spoke at the International Telecommmunication Union (ITU) meeting in Bucharest. His delegation was one of those which participated in elections that saw American Doreen Bogdan-Martin chosen to become the ITU’s next Secretary-General. Governments and phone users everywhere need to appreciate the extent to which we depend on each other for the tackling of corruption and defense of privacy. Rapapa’s ITU speech was full of what white Westerners want black Africans to say; he talked about connecting schools to the internet, and the importance of getting more girls online. His speech made no mention of telecommunications being used as a tool for pervasive surveillance, despite the disturbing claims included in the papers he filed with Lesotho’s High Court. If governments and regulatory authorities can use telecoms to spy on everybody within a country, they can spy on anybody who communicates with that country. The West has repeatedly turned a blind eye to the shenanigans of Global Voice Group and its surveillance systems, even to the point where the GSMA refuses to recognize revenue assurance as a risk for mobile money services despite multiple African countries choosing to implement national centralized systems to monitor transactions whilst citing revenue assurance as their justification. The threat is apparent. The connections are plain. We need to open our eyes and see the risks for what they truly are.