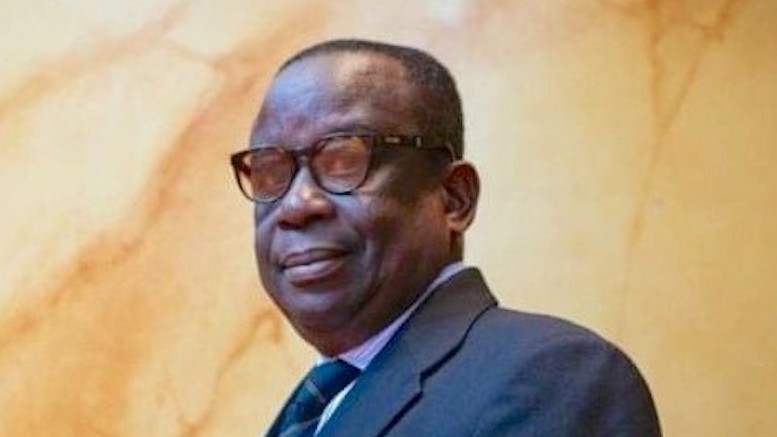 Last week a Ghanaian government minister put forward a shameless and troubling argument for revenue assurance that should cause deep concern for risk and integrity professionals everywhere. Albert Kan-Dapaah, Minister for National Security (pictured) warned Ghana’s tax collecting agency that leakage on mobile money taxes represented a danger to national security, and hence would be central to the country’s new national security strategy. This is despite leakage currently being zero because a new tax on mobile money transactions has not yet been approved by the country’s parliament! The real threat is that politicians are willing to treat national security as a justification for using mobile phones to engage in the mass surveillance of ordinary people, just to squeeze more tax out of them.

Modern Ghana reported on a visit that the Minister made to the Ghana Revenue Authority (GRA), the national tax collection agency.

The [National Security] Strategy, the Minister said, would open new channels of communication among actors tasked with the duty of enhancing domestic revenue mobilization and remove barriers that militate against efficient revenue collection.

“The Strategy will place the work of the Ghana Revenue Authority (GRA) at the very heart of all security considerations of the State, implying an enhanced cooperation between State Security and Intelligence Agencies and the Authority in preventing leakages,” he said.

Mr Dapaah said this on Wednesday at a sensitization workshop on the National Security Strategy for staff of the GRA in Accra.

It is deeply suspicious that a ‘sensitization workshop’ for a tax agency was addressed by a government minister with responsibility for security, instead of a minister responsible for finance. When people think of national security they create a mental picture of soldiers carrying rifles, fighter jets, border patrols and operations to identify terrorists. The only possible enhanced cooperation that can occur being security forces and tax collectors involves applying to ordinary taxpayers the same surveillance techniques that were originally developed to tackle terrorism and organized crime. The unfortunate truth is that this has become possible because of how many people use networked devices, and because of advances in the technology available for automated monitoring and data analysis.

Kan-Dapaah explicitly referred to the new ‘e-levy’ that would see mobile money users paying 1.75 percent of the value of transactions as tax. The government has already tried to pass a law to enact this tax but was temporarily delayed by a punch-up in Ghana’s Parliament.

He said developments which were recorded in the country such as increased agitations for the improvement in the living conditions of citizens leading to the emergence of pressure groups like fix the Country movement, and the recent gridlock in Parliament over the introduction of the E-levy, shed light on the magnitude of the economic security threats that confronted the country.

Mr Dapaah said these economic security threats were tightly connected to the ability of the State to generate revenues and tackle the socio-economic problems facing the country.

I question who wrote Kan-Dapaah’s script, because I have seen many similar arguments repeated by revenue assurance business Global Voice Group (GVG), a supplier to Ghana’s government. The following points could have been copied word-for-word from the GVG marketing that floods the media whenever they are trying to secure a contract from an African government.

He said many countries in sub-Saharan Africa were exploring ways to widen the tax net and increase domestic revenue mobilization as the only potent means to restore their economies to normalcy and Ghana was no exception, even though these measures sometimes impose a certain degree of discomfort on the citizenry.

He said the government had implemented other measures such as the Immediate Tax Force and the Revenue, Assurance and Compliance Initiative to complement the efforts of the GRA in blocking revenue leakages, but the challenges still persisted due to limited cooperation from stakeholders.

GVG has a track record of creating propaganda that smears the revenue assurance work done by private companies and implies they routinely underpay taxes. They have consistently argued that African governments should collect more money from taxpayers by taking a cut of every transaction conducted over a network, and began presenting this argument many years before the COVID-19 pandemic. GVG recently launched a new service that would see them paid for processing and monitoring mobile money transactions even though they previously claimed to already be monitoring mobile money on behalf of several governments. Very soon afterwards the Ghanaian government announced they had budgeted GHS241mn (USD40mn) to pay an unnamed third party to oversee the collection of a new mobile money e-levy. Both announcements came after Ghana’s High Court ordered GVG and the national comms regulator to delete mobile money data because they had infringed the privacy of users.

It is funny how politicians love to talk about the taxes that other people should pay, but have to less to say about paying their own taxes. GVG was founded by Laurent Lamothe, the former Prime Minister of Haiti, which partly explains why they only seek to sell their services to governments and never do any work for the private sector. Following the massive Pandora Papers leak about the tax avoidance schemes used by powerful people, Lamothe was forced to issue a statement about his shareholding in GVG Holdings Group II Limited, an entity which he set up in the tax haven of the British Virgin Islands.

I have been inside many telcos and it is rare to hear a business leader speak about revenue leakage without being prompted to do so. The GSMA thinks so little of revenue assurance that their handbook on mobile money covers a litany of operating risks including fraud, privacy, cybersecurity, anti-money laundering and know your customer but it never mentions revenue assurance. In contrast, the leaders of Ghana choose to talk about the importance of telecoms revenue leakage all of the time! They are also prepared to spend vast amounts on revenue assurance compared to the value of contracts signed by the private sector.