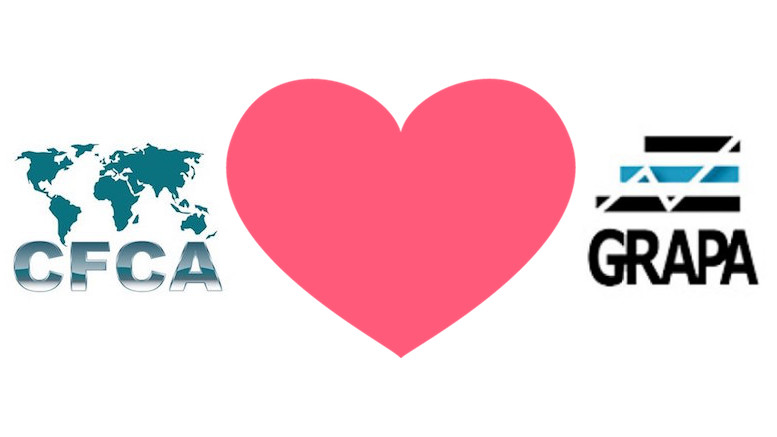 You may have heard of the Communications Fraud Control Association (CFCA). They claim to know a few things about fraud. Or as they modestly put it, they are:

Ignoring the mistakes they make when capitalizing words, you might think ‘domain experts’ like this would be able to spot a bullshitter from a mile away. However, you would be wrong. 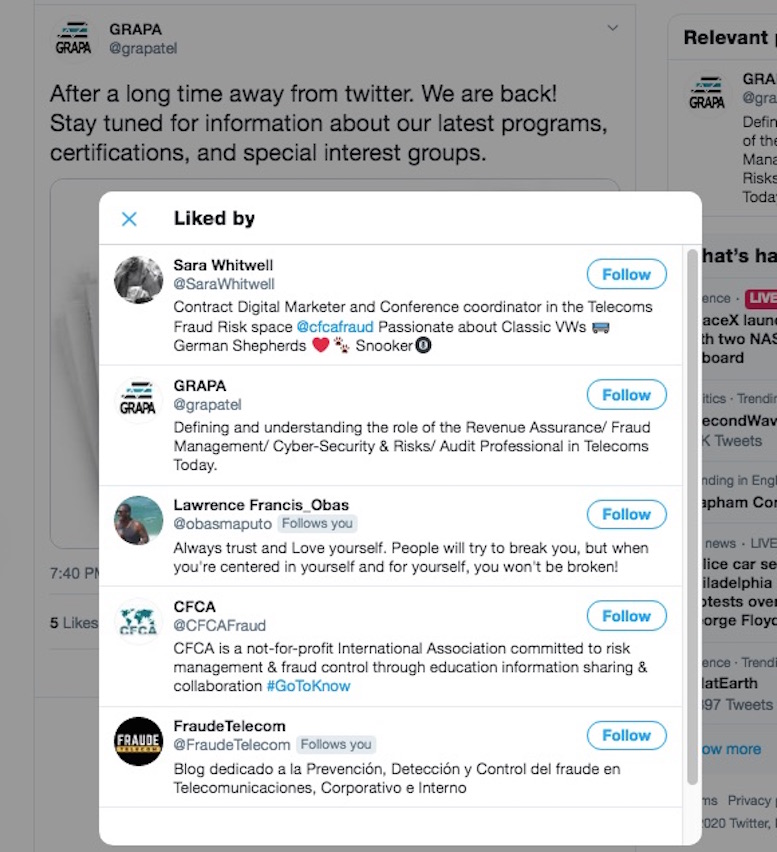 Yes, you read that correctly. Papa Rob Mattison and GRAPA are/is back, and he/it is tweeting again. The USA’s top RAFM export has returned to Twitter after a seven-year hiatus, to announce he has new kinds of expensive paper to be hung on the walls of suckers in the world’s poorest countries, and new special interest groups whose only members are people you have never heard of, and who have never accomplished anything before, and who will disappear after accomplishing nothing again. And the CFCA approves of this.

See below for GRAPA’s original tweet, which will probably not be deleted, because Mattison is too smart to admit I exist even though he is a long-time reader of this website. And see here for the current list of likes in response to GRAPA’s new tweet. However, past CFCA behavior suggests their social media gurus will soon delete the evidence that the “premier international association for fraud risk management” knows far less than that boast would suggest.

After a long time away from twitter. We are back!
Stay tuned for information about our latest programs, certifications, and special interest groups. pic.twitter.com/KmRC4Hz3lI

GRAPA claims to have 12,214 members, and the support of professionals all over the planet. Somehow their membership never declined, despite many years of inactivity caused by increased awareness of its misleading business practices. But I suppose it was inevitable that an international lockdown would force an association of one old man to rejuvenate his online presence. Perhaps he might run an online conference that demonstrates his enormous international association is genuine? Whilst we wait for that miracle to happen, ask yourself what kind of professional body has 12,214 members but only five likes for the announcement that it has returned to Twitter, two of which came from a rival association, and one from GRAPA itself. When you think about it, what kind of professional association is so pathetic that they ‘like’ their own tweets? The answer is an association that was founded, is owned, and is run by a man who edited his LinkedIn profile to hide the fact he spent 10 years calling himself the ‘President’ of revenue assurance professionals.

You know more than the Board of the CFCA, because you read this website, and they do not. (Which I suppose means that Papa Rob knows more than the CFCA Board, because he also reads this website, but let us not dwell on that point.) So I hardly need to tell you how much the CFCA have embarrassed themselves, although somebody needs to share that information with them. You know:

Perhaps the CFCA Board members who currently work for AT&T would like to comment on the legacy left by this colossus of RAFM, whose qualifications include passing the Certified Telco Fraud Officer exam that he wrote. Mattison also claims he won awards from AT&T. If Papa Rob is recommended by the premier international fraud association, it is only fair to ask if the CFCA knows of any examples of Papa Rob’s award-winning work for an actual telco. Or maybe the CFCA knows nothing about Papa Rob and GRAPA, which shows they also employ suckers that believe whatever they read on the internet, and who think that clicking ‘like’ repeatedly is the same as a communications strategy.

You already knew a lot about the Grand Poobah of RAFM, but maybe you just learned something about the CFCA. Instead of reminding you of more things you know about GRAPA, let me finish with an observation made by Ashwin Menon, sometime Commsrisk author and current Head of Product at Subex, who are possibly the world’s biggest suppliers of telecoms fraud management systems. This is how Ashwin responded to the news that GRAPA is back on Twitter.

After 15 years in the business, I gotta say…if you’re still falling for this, then you need to reassess your reasons to be in the game. I mean, by now everyone knows this garbage is worth the toilet paper it’s printed on