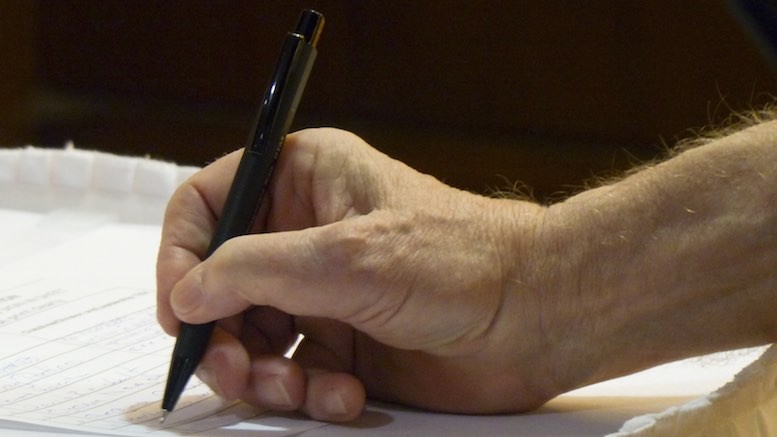 Some revenue assurance controls involve gathering electronic data and using computers to analyze it. But there are many other effective controls that are much less sophisticated. For example, training people not to do silly things is a great way of reducing risk. Vodafone UK already suffers many complaints because of mistakes made during a billing migration, but they have just received another embarrassing public reminder that human beings screw things up. This recent complaint to the Guardian newspaper is about a very sick woman who repeatedly complained that she was overcharged GBP 2,000 (USD 2,500) for consuming data even though she remained within her allowance. The proof that she was overcharged is in black and white, because the staff at Vodafone’s store used a pen to amend their standard contract before handing it to the woman to sign. The response from the Guardian’s ‘consumer champions’ is illuminating:

We are getting lots of this type of letter at the moment, mostly from readers who agree a deal verbally with a mobile or telecoms company, and then find themselves signed up to something else. It has got to the point where we would advise customers, where possible, to record calls in which contracts are discussed. This case was different because you had a paper contract, albeit one amended by hand, and emails from staff at the Berwick store that appeared to back up your case. Initially, Vodafone told us it had never offered a 20GB monthly deal and refused a refund. But when we sent it a copy of the contract, it relented. It blamed store staff for not registering the extra free data on its systems.

The risks are so obvious they hardly need to be explained. Big wholesale and enterprise customers have the negotiating power to demand alterations to standard contracts, but every time a contract is amended there is a danger that other systems have not been set up to cope with the modified agreement, and so to comply with the bespoke terms. It may be necessary to give some salespeople and account managers the authority to vary contract terms, but a line needs to be drawn so that nobody has permission to alter contracts offered to households and SMEs. Some customers are simply not worth the cost of special incentives.

We should keep in mind that Vodafone UK have now suffered three kinds of loss in this case. First, they spent money on paying customer services staff to deal with a dissatisfied customer, and brushing the customer off did not save money because the customer kept coming back until Vodafone admitted they were in the wrong. Second, they lost the revenue they would expect to get if the customer had been persuaded to take a standard contract. Third, they suffered some reputational loss, though that is mitigated by Vodafone UK having such a bad reputation already. And the losses will not end there. A fourth future loss will flow from the publicity caused by this case. Somebody somewhere will have read this story in the Guardian and will know they should negotiate a far more generous data allowance than that offered by the standard plan.

Where there is authority to vary the contract, there must also be a process to deal with it. Otherwise the telco will inevitably overcharge customers, because systems have been set up using a standard configuration whilst the customer has a valid contract that entitles them to a non-standard price. The details of this Vodafone UK complaint suggest that staff possessed a mechanism to register the enhanced deal they had given the customer, but failed to use it. But even this could have been better controlled: why not force staff to print bespoke contracts after they have input the details to a system, and prohibit them from changing contracts by hand? Hand-written changes are not just a likely cause of overcharging and revenue leakage, but may also be abused by fraudsters.

RA teams in telcos like BT are now implementing computerized controls that identify non-standard clauses in contracts. The automated review of contracts will be one way that advanced RA functions will detect unacceptable or risky modifications. However, we do not need to detect problems if we do not allow them to occur in the first place. Training staff, defining limits on what they can do, and giving them systems which manage the instances when they vary contract terms, are all part of a healthy and holistic approach to contract assurance.