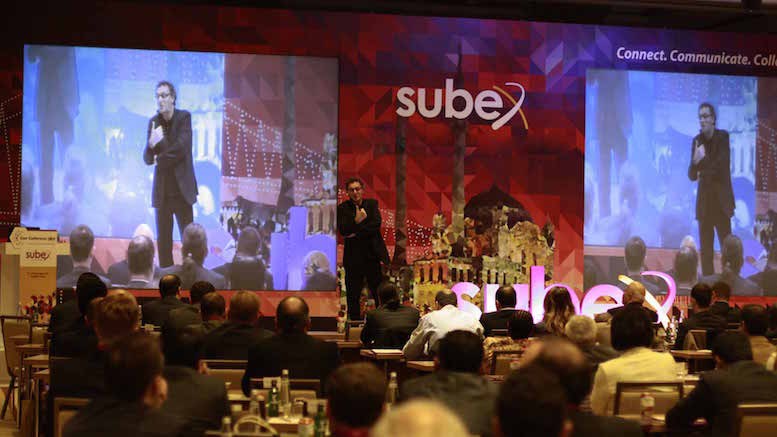 Subex, a major supplier of business assurance and risk management software, has announced several of the guest speakers for their user conference, which will be held in Prague on 14th and 15th October. It is an impressive roster, with contributors flying in from all around world, demonstrating Subex’s commitment to educating and stimulating their customers.

Before I go further, I must admit that I am a little biased, as I have been invited to chair the conference for the second year in a row. Nevertheless, if Subex repeats last year’s success, this will be one of the highlights of the year, and a vital opportunity for assurance and risk professionals to network and learn from their peers.

The keynote address will be given by Simon Torrance, senior advisor on innovation to Analysys Mason and a specialist on disruptive growth strategies in the digital economy. Based on the talks that most interested attendees last year, I expect participants will value Simon’s insights into the future of the communications industry. Working with Analysys Mason also means Simon has access to real market intelligence to support his predictions about how the industry will develop. Simon is an excellent choice to open the event.

David Maxwell, Project Director at the GSMA, also features on the agenda for the first day. David will talk about SS7 interconnect security and related fraud vulnerabilities. This is exactly the kind of gritty fact-driven technical talk that I know many professionals would like to hear more often. Because business assurance has tended to focus on retail services, the risks relating to interconnect is also a topic that practitioners want to hear more about.

The Director of the Communications Fraud Control Association (CFCA), Mark Zmigrodski will be flying in from New York. For his day job, Mark manages fraud investigations for AT&T. Last year’s event featured a very well received talk from another CFCA speaker, and there is no doubt this was one of the reasons why Subex invited Mark to contribute. Mark is scheduled to talk about multinational fraud rings. Fighting fraud requires cooperation between telcos and across borders, so I expect Mark’s presentation will prompt plenty of audience participation.

There are many more speakers listed in the full agenda, but let me finish by naming just one more: old friend and long-time Commsrisk contributor Mike Willett. To take part, Mike will be traveling from Australia, where he works for Ernst & Young as the Director of their Enterprise Intelligence function. Many of you will know Mike already, either from the years he managed fraud and revenue assurance at Telstra, or from his time as a globe-trotting consultant for Praesidium. On the opening morning Mike will host a panel debate entitled “So much data, so little relevance?” I think we all feel similar frustrations when it comes to recognizing how much data is collected by telcos, only for it to be underexploited when it is time to make business decisions. Mike’s many years of hands-on experience make him an ideal moderator for this debate, and I look forward to hearing him bounce ideas around with the rest of his panel.

You can learn more about the Subex User Conference from here, and the form to register for attendance is available here. If you can, you should go. Last year’s event ended with attendees spontaneously dancing on stage, so that gives you idea of how satisfied they were! With speakers like Mike, Mark, David and Simon, I am confident that this year’s event will be just as good.

And for those of you still contemplating whether to nominate your telco, or a colleague, for one of Subex’s new excellence awards, you had better hurry up! The nominations window closes at the end of September 15th. The awards offer a great opportunity to send a signal to your bosses, showing them where success is appreciated by your peers, and hence where recognition is deserved. To download the nomination form, look here.