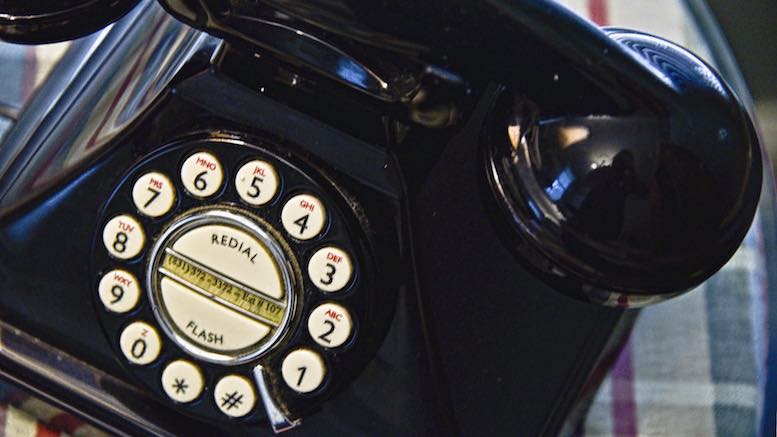 A short while ago I was reading Rob Chapman’s article on Blackberry finally shutting down their Messenger service and started thinking about how many times history repeats itself in the tech sector. In particular, I thought about the way a company’s survival depends on avoiding pitfalls.

Blackberry Messenger was the first true OTT messaging service but it was given exclusively to owners of Blackberry devices. Whilst smartphone tech expanded and started to gain traction, Blackberry insisted on their own brand and OS. In the end, or should I say at the moment, Apple iOS and Android have left Blackberry in the dust. Other OTT services such as WhatsApp and Viber have completely taken over but are, in essence, the same service offering. Why was Blackberry so late to offer their Blackberry Messenger service to other devices? They offered Blackberry Messenger on the Apple and Android stores as a last resort. As Rob notes, they left it too late.

There is of course a value and need in these services denoted by huge investments: Facebook buying WhatsApp, Microsoft buying Skype, Apple launching Facetime. The largest value I see is a critical mass of users. For any technology to survive it needs users. I can sit down for months and code the best messaging service in the land, that is free to users, has end-to-end encryption, and no ads, but if nobody uses it and it is only marginally better than what people are already using then the service won’t take off. Why? Because all my friends are on the other platform! There is no point being on a messaging platform with no one else to message. That’s why there is no real Facebook rival. What would you do with no friends on Facebook version 2?

Another similar and interesting story is Bill Gates’ admission of the biggest mistake of his career. Microsoft was smart enough to uncouple their operating system from the device as the PC took off in the 80’s, taking the opposite approach to Apple by allowing DOS and subsequently Windows to be installed on any PC. However, they were too slow to respond to challengers in the domain of smartphones. Google was able to leverage their service offerings of Google search, Gmail and the Google account and tie it into Android, while Microsoft never managed to take off with Windows Mobile. The Windows offering suffered the same fate as Blackberry Messenger.

Even last minute desperate measures such as buying Nokia did not manage to persuade consumers to switch to Microsoft. Maybe Gates is right in that he did not allocate the best people to that project, but it was not only a failure in realizing what was coming. Google had the right bundle of supporting services to make it the next natural step, while Microsoft still lagged behind in a lot of the tools required for the next era. In the end they copied each other. Microsoft invested in Bing to catch up in search and they created the Microsoft account. Today they release their top apps (not programs anymore) for both Android and iOS. Word, Outlook, Powerpoint etc can be used on top of operating systems created by rivals, conceding the smartphone OS battlefield and allowing Microsoft to preserve their cash cows.

A great example of successfully adjusting comes from a company that started by disrupting the video rental industry. As a kid growing up in the 80’s I remember going to the local video store with my dad to rent another set of video cassettes. We could reminisce on another great tech battle here: VHS vs Betamax. This was again won, essentially, because VHS had more users and more traction even though Betamax was a superior technology. But in the video rental market of the early 2000’s there was a new competitor that reversed the process by mailing the DVD to your house with an envelope to send it back when you were done watching. For a monthly fee you could have a set number of videos rented out and had to return them to get another. This new rival was called Netflix and it put their biggest rival, Blockbuster, out of business. Netflix of course evolved to online streaming and then again to being a producer of content. It has expanded globally and has production budgets larger than the biggest TV stations in the US. Their success is so great that both Disney and Apple are looking to enter the market of video streaming very soon, while Amazon already has Amazon Prime video. Content will be king and that is why Netflix invests so heavily in production; they saw what was coming.

The cloud is another battlefield for tech, and will remain so for the foreseeable future. Here the heavyweights of Amazon, Microsoft and Google will battle it out. We see Amazon adjusting and moving into another sphere where they had competencies but also developed and built on the retail and billing capabilities of their platform. Microsoft is determined to not have another Android failure. Meanwhile, Google ties users into their existing ecosystem, allowing you to save content, photos etc on your account via your phone or other devices. Will Amazon take the tech companies and software developers, Microsoft the business segment, and Google take everyone else?

And finally, let’s look at telecoms. In the 90’s, when mobile phones entered our lives, I wondered why they were not charging a monthly fee for use of the line just like in fixed, instead of the bundles of minutes and SMS text messages for varied prices. The reason was, and probably still is, that this pricing scheme allowed for an increase in the revenue to sponsor the high investment in the network. Since the technology always required some type of investment this never changed as it was profitable enough. However, with the new unlimited plans popping up everywhere the only differentiation is on the amount of GB given to the subscriber.

We are very close to the time when telecoms will soon only be an access provider to the Internet, much like the monthly fee for fixed telephony in the past. With IP-only networks this will most definitely become the norm. Telecoms do not have the flexibility or in-house skills to offer anything else. They are fragmented and have strategies that look into the next 3-5 years, if that. 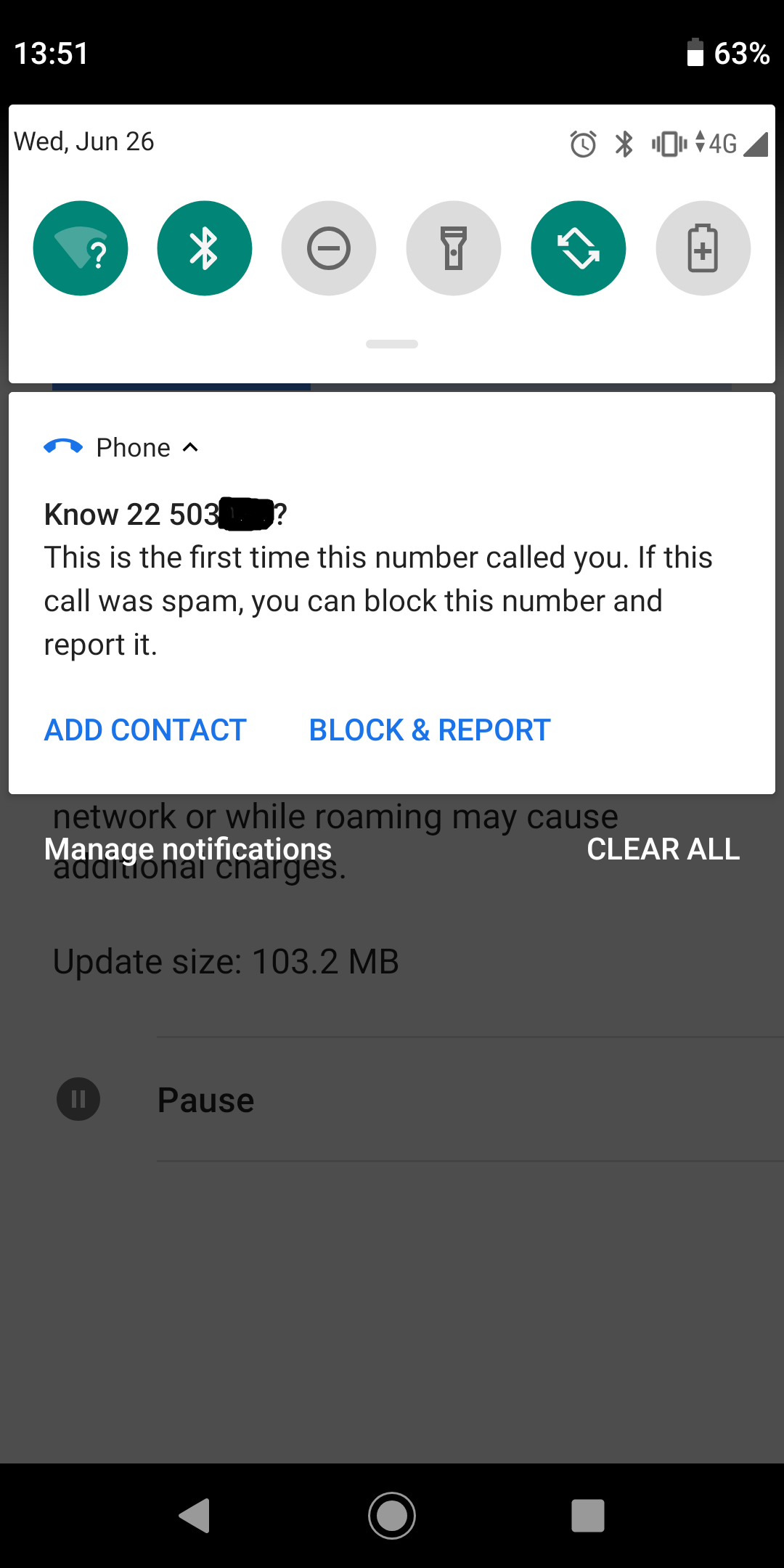 How consumers will change their behavior in an IP-only comms world is already becoming apparent. This will only accelerate. In the end you might simply open your phone and choose the messaging app of your choice to talk to anyone anywhere in the world. What do you mean: you already do that?

There will be no roaming. Fraud and security will be handled by Google and the like. Just look at this screenshot from my phone, showing a friendly nudge I got from Android, warning me to block a number that has never called me before. 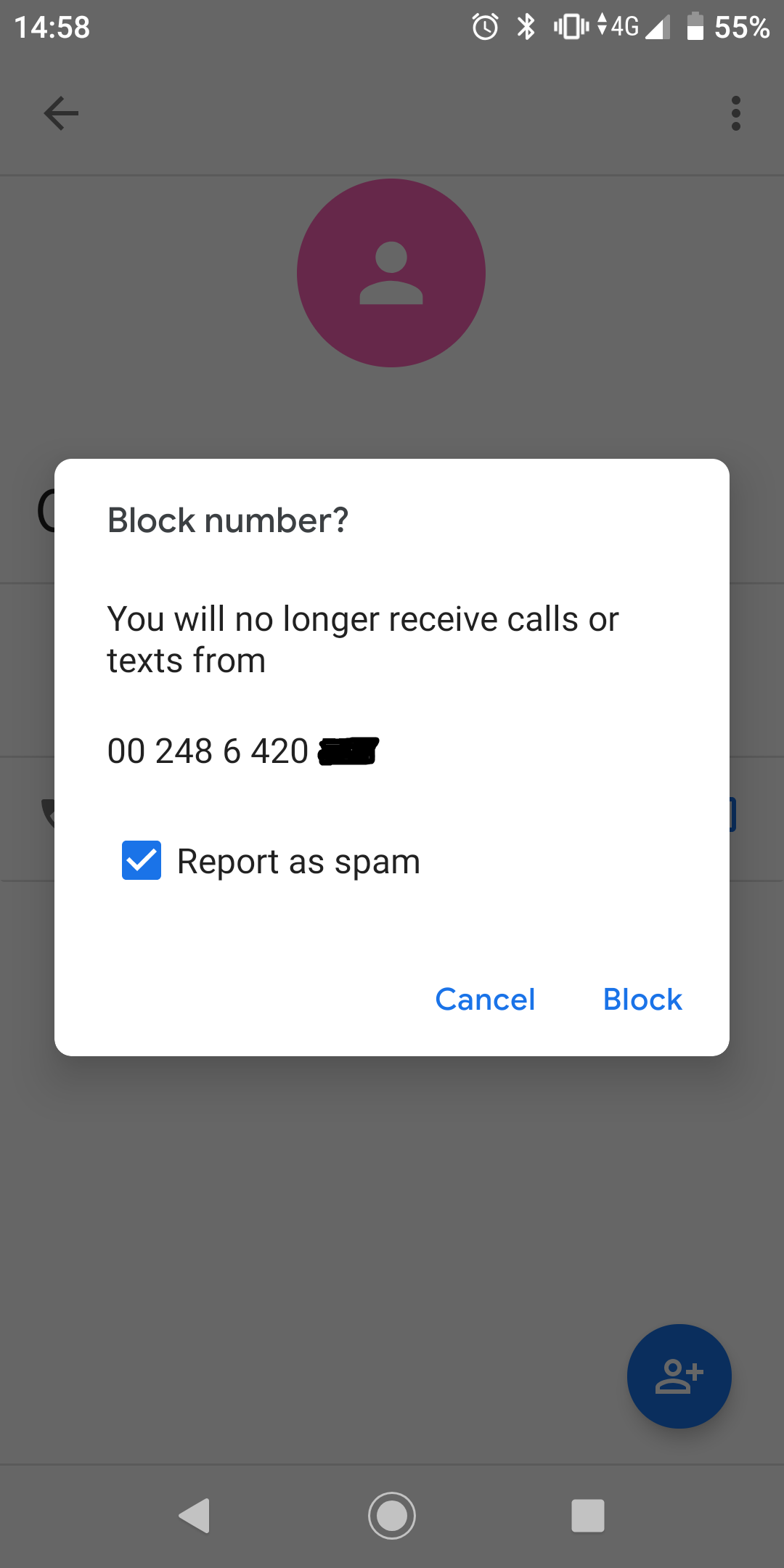 Notice also how I blocked a wangiri incoming call by adding it to my spam list. Spam calls will be blocked like spam email; before you even see it.

As mentioned many times on Commsrisk, fraud will probably transform into cybersecurity and automation will increase, and revenue assurance will be about ensuring billing and discounts to à la carte offers on your account. Telecoms have been offering the same service: access to a network in different flavors for many years.

With IP-only networks there will be many players selling services at amounts far higher than what you pay to access them. Telecoms will become utility companies entrusted with continuous and uninterrupted access to the network much like they were during the fixed line only era. Maybe they could use their experience in billing or payments you say? They have been left behind there as well with the traditional big tech and new fintech’s emerging, especially in payments and possibly currencies. Even so, if telecoms’ role is reduced to that of an electricity provider, can you imagine your day without electricity?