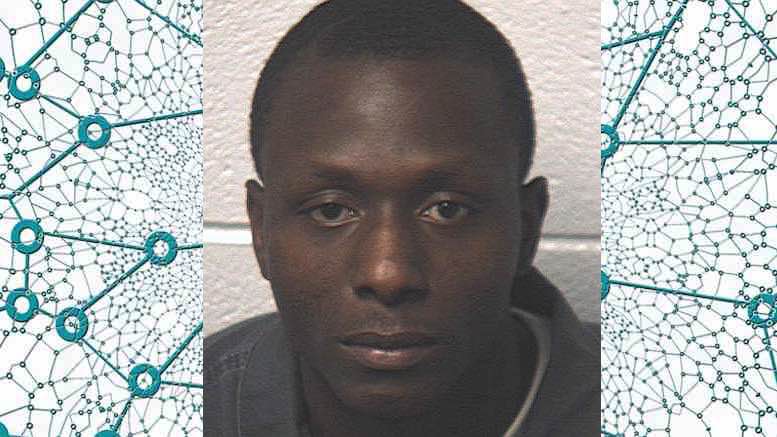 Call Detail Record (CDR) analysis is a tried and true method for uncovering illegal activity and abuse of service in mobile networks. For many years, telecom fraud management professionals have relied on analysis of CDRs to detect patterns indicating malicious misuse of services to defraud communications companies of significant money. However, for some criminal investigations, the outcome of CDR analysis has even more serious consequences. This was the case for Gregory Lewis (pictured), a convicted felon in the state of Pennsylvania, USA. Lewis is serving two life sentences for robbery, kidnapping and murder, and the confirmation of his guilt came from the phone calls that he made.

Lewis and several other individuals, linked through a local gang, were convicted of heinous crimes, the most serious being the kidnapping and murder of a Verizon store employee from Forks Township, Pennsylvania. Though Lewis denied being present at the time of the crimes, his cell phone records, which were provided under a judicial warrant, said otherwise. When compared to the physical location of individual cell towers, including the orientation of the antennas mounted upon them, CDRs can show the location of a mobile device.

The Mobile Switching Center (MSC) and other systems which make up a cellular network generate detailed records about the services and user activities which they support. These records, some of which are CDRs, provide a set of data critical to the operation of the telecommunications company. Though used primarily for billing subscribers, they can also be used to ensure the mobile network is operating under optimal conditions and are often used in troubleshooting network faults.

CDRs do not pinpoint a cell phone user’s location with the same precision as GPS, but they do indicate the phone’s general location, or ‘cell’, relative to the network’s towers. This is why we refer to cellular networks. Knowing a subscriber’s location in comparison to the towers, or Base Transceiver Stations (BTS) as they are called by technicians, is vital to the delivery of communications services. Otherwise, mobile networks would be unable to manage the mobility of users and we would be limited to a simple, fixed-site wireless network.

In the Lewis case, the defendant’s CDR records matched multiple crime scenes. The defending legal team called an expert witness who argued against the correlation between CDRs and the location of the user’s phone, but the prosecuting attorneys countered that with expert analysis from the Cellular Forensics Lab of LATRO Services, a business that specializes in the analysis of telecommunications data. Based in Pennsylvania, the company delivers advanced solutions to worldwide communications service providers, including mobile network operators. CDR analysis is one of the key services that LATRO offers to the law enforcement and judicial community through its Cellular Forensics Lab.

During a press conference to announce the filing of homicide charges against Lewis, Northampton County District Attorney John Morganelli stated:

This investigation is a result really of good old-fashioned police work tied together with the present state of our technology that we’re able to analyze data and information.

Both prosecuting and defending legal teams rely on the specialized knowledge of expert witnesses when it comes to using CDRs and telecommunications technical information as evidence in court rooms. To qualify as an expert witness in cellular forensics, years of in-depth training are needed in order to understand the underlying facts about telecommunications technology, CDRs, and other relevant data sourced from mobile networks. In addition, knowledge of handling and processing evidence according to relevant laws and use of specialty hardware and software to extract evidence from mobile devices are mandatory skill sets. With the explosive growth and dynamic changes within the communications industry, there is a shortage of qualified expert witnesses in the United States legal community.

Tom Beiser, LATRO’s head of Cellular Forensics, is a retired Easton Police detective who has spent years supporting the law enforcement community. He explained the role he played in showing that Lewis was at the locations where the crimes were committed.

Lewis’ defense witness tried to argue that too much uncertainty existed around what the CDRs showed to be his location proximity. Lewis’ defense expert witness report and testimony focused on outdated theory based on 2G technology. A proper analysis, using accredited analytics tools and techniques, simply showed otherwise.

Our expert cellular forensics witness clearly demonstrated, through CDR Analysis, that Lewis was tied to the time and location of the crimes beyond a reasonable doubt.

Lewis was convicted, in no small part because of the forensic CDR analysis in the case, and is currently serving consecutive life sentences. However, the parents of the victim, who worked for telecommunications company Verizon, will not get their son back. “While supporting the sound administration of justice is a satisfying aspect to our work, it is disconcerting to see so many disturbing criminal activities firsthand,” said Beiser.

Don is the Chief Technical Officer and Chief Operating Officer of LATRO Services, Inc. He was one of the founders of the business, having worked in various technical and business roles within the telecommunications industry since 1995. LATRO offers a range of specialized consulting, engineering, and implementation services across all markets and with all scales of organizations including Tier 1 to Tier 3 mobile operators.