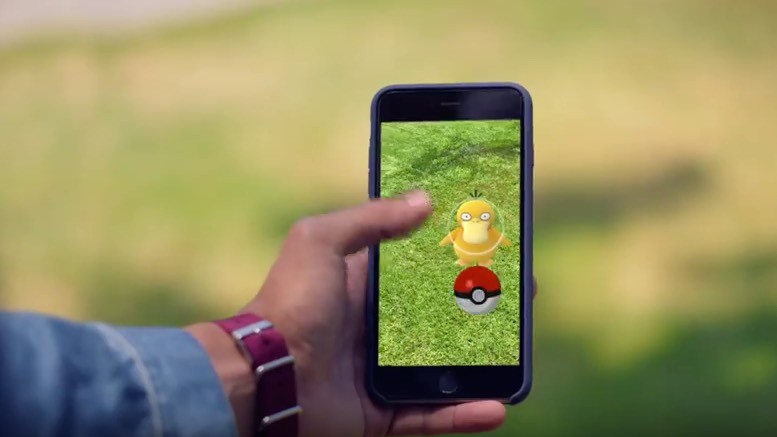 Pokémon Go has seen thousands of people getting off the couch into parks, historical sites, and even railway tracks in search of Pokémon. For those unfamiliar with this addictive new hobby, it is a game app for smart phones that allow players to catch Pokémon; animated creatures that were popularised in the 1990s by a card game, television series, and video games. In Niantic’s latest revival of this craze, Pokémon Go, virtual Pokémon appear in public places, and can be photographed through the app, which raises the question of copyright infringement in countries which do not have Freedom of Panorama.

How does the game work?

Pokémon Go requires players to search for Pokémon in the real world, a revolutionary move in the gaming industry. Pokémon are randomly generated by the game software, using GPS tracking technology. When a player is near to a Pokémon, it will appear on her phone screen in camera mode and allow her to ‘throw’ a Pokéball at it to ‘catch’ it. The screen shows the Pokémon in the surrounding environment, making it a life-like experience. While photographs of the capture are not saved to the game, players have the option of saving the photos to their phone, thereby reproducing any surrounding works of architecture or sculptures.

What is Freedom of Panorama?

Freedom of Panorama is a copyright exception derived from Article 5(3)(h) of the InfoSoc Directive;

Member States may provide for exceptions or limitations to the rights provided for in Articles 2 and 3 in the following cases… (h) use of works, such as works of architecture or sculpture, made to be located permanently in public places

It is an exception which has been championed by MEP Julia Reda in her draft report (section 16) on the EU copyright framework. The European Commission had a consultation on Freedom of Panorama from 23 March 2016 to 15 June 2016. Currently, member states have varying approaches to the this exception, with some allowing it fully, others limiting it to non-commercial use (which France recently did although in limited circumstances), and a handful have no exception whatsoever.

Even in member states where the exception is allowed for non-commercial purposes, people who share such pictures could be committing copyright infringement. This is despite the picture not being used commercially, as the terms and conditions of social media sites, such as Facebook, allow the site to use your photograph for commercial purposes, and requires that you have cleared any rights to your photography, as explained by Reda. Such requirements blur the line between commercial and non-commercial.

How does the absence of Freedom of Panorama affect Pokémon players?

Players who catch Pokémon in front of copyright protected sculptures and buildings in countries which do not have Freedom of Panorama, and take a photograph of their capture, are infringing copyright. For example, taking a photograph of the Pikachu you caught in front of Mimmo Paladino’s ‘Untitled’ horse sculpture in Naples, Italy, would be copyright infringement. This is because Italy has no Freedom of Panorama exception. Since players are unlikely to keep these photos to themselves, there is further potential for infringement due to the terms and conditions of social media sites, in countries which only have a limited Freedom of Panorama.

Furthermore, photographs are not currently saved to the game, but rather to the phone. If this changes and photographs are saved to the game, professional players (yes, this is now a career choice) who sell their accounts will be making a commercial gain from the photos, and will be committing copyright infringement even in countries with the non-commercial exception.

It is true that Freedom of Panorama is not a highly litigious area, so individual players can continue showing off their Pokémon on their social media accounts. This Kat doubts that this innocuous threat would deter players from sharing their rare captures such as Mewtwo, but it does raise concerns of the clarity of this area of law, especially concerning the line between commercial and non-commercial uses of reproductions of copyright works. Just like the Pokémon Go servers, Freedom of Panorama needs to be fixed so that the law does not hinder public enjoyment.

The original version of this article was posted on the IPKat by Emma Perot. It has been reproduced under a Creative Commons CC BY 2.0 UK Licence.