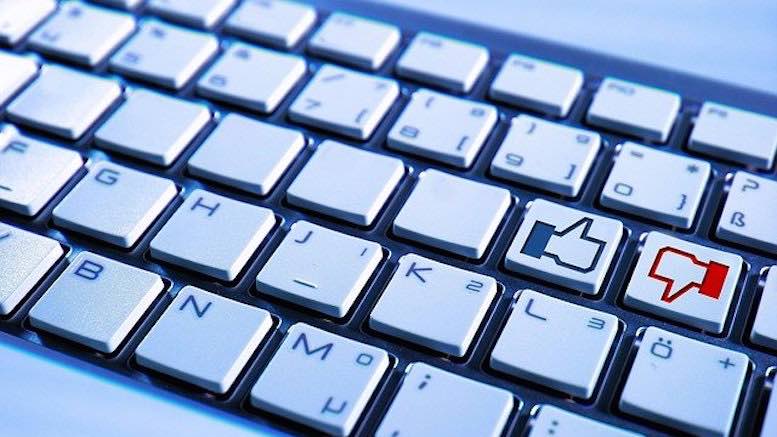 Here are the words from two recent LinkedIn posts from two different people. Can you spot the difference?

Thank you #TataCommunications for giving us an opportunity to pursue the “Revenue Assurance Professional” training. After clearing all the test series and attending the training program the GRAPA certificate has been given. Thank-you #GRAPA and Rob Mattison for the amazing training sessions.

Many more to come :)

Feeling so blessed #TataCommunications gave me an opportunity to pursue the “Revenue Assurance Professional for Commercial grade ICT Network” training. Post clearing all the test series and attending the training program the GRAPA certificate has been given. Thank-you #GRAPA and Rob Mattison for the amazing training sessions.

They even wrote “thank-you” the same way. Do you know many people who think these words should be hyphenated? Obviously both posts, though seemingly independent, were copied from the same script. But that is not where the similarities end. Look at the LinkedIn posts side by side and you will see both students shared near-identical photographs of their certificates. But then you notice something odd about these certificates: they were issued in December 2019. If I was proud to complete a training course in December 2019 then I would share the news soon afterwards, not in June 2020. So why are these posts being written now?

You may think me paranoid, but at the beginning of this month I mocked GRAPA’s Twitter relaunch. Perhaps it is a coincidence, but I suspect this apparently spontaneous burst of appreciation for GRAPA on LinkedIn is part of Mattison’s established marketing strategy, which is not to acknowledge criticism, but to instead hide behind his long, long lists of customers. If he had newer students he would have used them to serve this purpose, but his method is still effective. The lists of GRAPA-certified practitioners have grown long whilst other professional associations remained ignorant, or feigned indifference to what Mattison was doing. After he has persuaded telco HR departments to pay for his training, he uses the students to legitimize GRAPA’s business model. This is the most effective promotional tool at Mattison’s disposal.

The methods used by Mattison to promote his business are not new. Anyone interested in web development will have heard of SEO, which stands for search engine optimization. This incorporates various techniques to improve the ranking of a website on Google and other search engines. One of the SEO methods most open to corruption is the creation of inbound links from other websites; unscrupulous people simply create many other websites so they all link into the website whose ranking is being promoted. This is exactly what Mattison did in 2009. A lot of these sites have since been taken down, but you can still find some littering the web today, including Baba’s House, Nindjin’s Street, and Henry’s Arena.

As GRAPA chairperson for Gabon, I wanted to share a few of my thoughts with you…

Welcome to my first Blog posting. As GRAPA chairperson for the Ivory Coast, I wanted to share just a few of my thoughts with each of you…

As GRAPA chairperson for Ghana, I wanted to share just a bit about my vision for 2009…

Now that these websites have been pointed out to you, it is likely they will also be ripped down soon. Baba, Nindjin and Henry are real people, but their positions as “GRAPA Chairperson for [insert country here]” were not. Mattison was able to exploit them because they come from poor countries, and are desperate to be included in an international professional community that largely shuns them because they cannot afford to fly to expensive events in Miami or Nice. This is how he was able to ‘ratify’ global standards without engaging with other acknowledged experts. However, this approach has limitations, so he has never been able to repeat the trick, which is why GRAPA issued standards in 2009 but not since. Put simply, the problem with recruiting puppets is that they are unable to act unless somebody pulls their strings.

Ours is a discipline where people are employed to prevent spoofing, trace where calls really came from, identify stolen handsets, locate anomalies in reference data, and find traffic patterns indicative of fraud. Why is it seemingly unable to perform simple internet searches that reveal a litany of misleading websites? One reason is shame. There are many people who have first-hand experience of Mattison’s methods but do not want to talk about them because they were duped too. In some ways it is unfair of me to draw attention to the people mentioned above, because I can name some very senior people from rich countries who also allowed their names to be added to GRAPA’s endless string of pseudo-committees, although when challenged about it directly, they brush it off as inconsequential. Some of you work alongside them. Like a line of dominoes, each promoter of GRAPA is responsible for recruiting the next, but when they have fallen they claim their role was unimportant. And yet look at how long the line is now!

People sometimes ask me why I do not simply talk confidentially to the people who have been fooled by these schemes. They fail to understand that I have, and on many occasions. The people I speak with are invariably embarrassed, and they neither want to acknowledge what they have done, nor warn others. This leaves me like a fireman who receives the alarm too late; the fire has fizzled out by the time I talk to individual victims. They have already realized they were taken advantage of. We need to stop the fire from spreading by warning people in the next house, instead of sparing the blushes of dupes whose only remaining goal is to hide their shame.

As much as I disagree with Mattison’s approach, it certainly works. At the time of writing, the two LinkedIn posts mentioned at the beginning of this article have garnered 129 likes and 32 supportive comments between them. The people who run other associations might want to consider how often their LinkedIn posts receive similar levels of praise. Though based on dishonesty, Mattison has gained the allegiance of a massive portion of the RAFM community. So whilst I criticize Mattison for his go-it-alone attitude to expertise and standards, and for the casual way he mixes information with misinformation, I must equally criticize everyone who has chosen to turn a blind eye to it, and who continue to act like it will never affect them.

Mattison’s goal is to progressively accumulate an army of followers, so that he can use that as a platform to charge every telco for membership fees and continuous professional education. These ambitions were explicitly stated by Mattison soon after he launched GRAPA, though he has deleted all mention of them since. By the time some other associations start to feel threatened, they may lack the influence to respond.

The great statesman and philosopher Edmund Burke wrote that “the only thing necessary for the triumph of evil is for good men to do nothing”. When it comes to the methods deployed by GRAPA, there are plenty of people who could have said something, but who have done nothing. Probably they will be angrier with me for pointing out this fact, than they are with Mattison for running circles around other associations that say they want to educate RAFM practitioners globally.