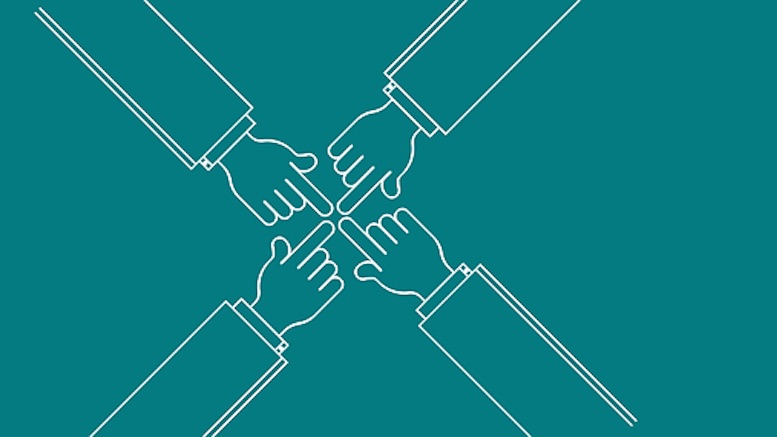 Since the days of Bell System in North America, interconnect has been one of the most significant issues in the telecommunications industry. Customers have been concerned about the ability of their service provider to connect to the customers of other service providers. Regulators have been concerned about the capacity and willingness of telcos to interconnect. Over its lifetime, Bell System faced several antitrust investigations over its refusal to connect other operators to its long-distance service thereby accentuating its monopolistic hold on the telecoms industry. This and many other antitrust practices led to the 1984 breakup of Bell System (AT&T).

With the lessons learnt from the evolution of the North American telecommunications industry, regulators have come to view interconnect as a competitive tool which, if not regulated, could be used by large telcos to emasculate competition thereby increasing their market share. Regulators have controlled interconnect licensing, capacity, and pricing in a bid to promote competition in the industry. Regulators have decided how operators should connect, who they should connect with, and at what price they should settle interconnect traffic. This power has led some regulators like the Nigerian Communications Commission (NCC) and the National Communications Authority (NCA) of Ghana to license entities called interconnect clearinghouses whose only function is interconnection – these entities solely exist to connect Public Land Mobile Networks (PLMN) irrespective of their size or location.

What Is an Interconnect Clearinghouse?

As the name implies, this is a clearinghouse for interconnect traffic. Its basic responsibility is to connect two or more PLMNs. The role is dissimilar to that of the data clearinghouse (DCH) for roaming, which only transmits roaming records, manages billing and settlements on behalf of roaming partners. The interconnect clearinghouse is the national version of international carriers. Just like the international carriers, it acts as a middleman in transmitting calls between operators, albeit within the same regulatory jurisdiction.

It is common for long-distance operators to connect independent local operators, especially in countries with wide geographical space and with independent operators servicing small localities. However, interconnect clearinghouses, as licensed in Nigeria and Ghana, are not built to resolve the problem of geographical limitations. They are commissioned to connect all operators regardless of their location, size or capacity to connect with other networks.

Why Do Interconnect Clearinghouses Exist?

The often-cited reason for licensing of interconnect clearinghouses is the promotion of competition in the industry and the reduction of monopolistic tendencies of dominant players. Regulators have argued that if you have an independent middleman, who is unbeholden to any operator, the smaller operators will be protected. Along with promoting competition, here are some other reasons that have postulated for licensing clearinghouses:

A ‘peer to peer’ connection is expensive as operators will have to invest in E1s to connect with every operator that presents itself for connection. While this cost might be easier to bear for the big MNOs, smaller operators find it awfully expensive. So, the idea of having a clearinghouse to carry the burden of interconnection could make smaller operators better able to compete.

A 2015 article titled “In Favour of the Interconnect Clearinghouse Model” by Uche Agbamuche, published on the website of the Nigerian Communications Commission (NCC), makes the argument that capacity limitations in peer to peer connectivity have led to poor quality of service. Operators have been unable to increase peer to peer capacity, possibly due to cost, and this has led to a high number of dropped interconnect calls. To hedge against the risk of failed calls, customers have subscribed to more than one telecoms service provider, with the average Nigerian mobile phone subscriber having at least two mobile lines from two different telcos to hedge against quality of service and price concerns.

One of the reasons given by the National Communications Authority (NCA) of Ghana for licensing an interconnect clearinghouse is that the clearinghouse will reduce simbox fraud. It is believed that acting as a centralised hub for incoming international traffic allows the clearinghouse to implement an anti-simbox solution that combats fraud on behalf of the industry. This removes the perceived inefficiencies of telcos in managing this fraud and thereby saves both the government, which has a surcharge on international termination rate, and the telcos a significant portion of the USD40mn lost annually to simbox fraud.

The arguments in favour of licensing interconnect clearinghouses in Nigeria and Ghana sound reasonable only if the motives are as altruistic as they sound, and if the operations are fair and equitable to all parties. Some of the reasons for questioning government motives are as follows.

Nigeria has close to 200 million active mobile lines, so it is expected that the clearinghouses should have sufficient capacity to carry the volume of traffic generated by telcos. However, the combined clearinghouse capacity cannot sustain the quality of service if just 20 percent of the interconnect traffic of the big four mobile operators (MTN, Airtel, Globacom, and 9Mobile) were passed through them.

Simbox fraud is a problem in those countries where there are huge price discriminations between local and international termination. Telcos have invested heavily to combat this menace. A consolidation of incoming international traffic in a hub (clearinghouse) has not been one of the solutions, as the clearinghouse possess no special tool or skill, other than what is available to the telcos, to combat this fraud.

In the case of Nigeria, there have been complaints by MNOs that some of the clearinghouses have been involved in refiling. Traffic reconciliations between the MNOs have shown huge differences between the volume of calls sent from one MNO and received by another. The receiving MNOs have registered more traffic than what was sent to them through the clearinghouses, indicating that the clearinghouses added calls suspected to be international calls to what is transited. This is done by stripping the originating number, which is an international number, and replacing it with a local number and presenting the call to the receiving network as if it were a local call.

Both in the Nigeria and Ghana models, telcos are required by regulation to pass a certain percentage of their traffic through the clearinghouse or face sanctions from the regulators. Businesses tend to flourish when there is a clear value proposition; a proposition that meets a need in the market, and for which the market not only recognises but is willing to offer financial value in exchange for. This is a standard template of a competitive market.

Clearinghouses acting as a hub to connect telcos is a clear value proposition. For the smaller operators, this will genuinely save the cost of multiple ‘peer to peer’ connections. For the bigger telcos, it will reduce the time taken to reconcile traffic and financial records. However, the clearinghouses must have the capacity and business acumen to carry out this task in a manner that brings operational and cost efficiencies to the telcos, in other words, better than the telcos could have done it themselves. And the telcos should be free to patronise them if they believe the service the clearinghouses offer adds value to their operations.

The imposition of a statutory percentage of traffic guarantees an income for clearinghouses without them breaking a sweat. It takes away the pressure that drives every private enterprise – the existential fear that drives entrepreneurs to innovate, to create value. The growth of these clearinghouses has not been built on their innovation, rather it has relied on the growth of the telcos. As telcos carry more traffic then there is bound to be an increase in the mandatory minimum amount of traffic passed through the clearinghouses. Such has been the level of entitlement by the clearinghouses in Nigeria that rather than seeking ways of increasing value for their customers, they are urging the regulators to increase the compulsory percentage of traffic the telcos should transit through them.

The argument that has not been openly canvassed, but which players in the sector have come to recognise as the prime reason for the introduction of clearinghouses, is that the governments seek to surreptitiously infuse local players into a telecoms market dominated by big foreign companies. I sympathise with this argument because as a local, I would love to see locally owned companies enjoy success in fast-growing markets. However, companies who rely on government fiat to grow will not appreciate the value of innovation and customer service, hence they will bring inefficiencies into the industry and end up destroying value.

Also, to attract credible investors that can bring the capacity needed to run a value-adding clearinghouse, the regulator/government should do the following.

1. In Favour of the Interconnect Clearinghouse Model by Uche Agbamuche

This article is for general information and a broad discourse on this issue. It is not offered as a specific solution to this problem.

If you have a question about the article, please contact the author, kingsley.unah@yahoo.com

Kingsley is an expert in the risks surrounding revenue and fraud. He has a track record of mitigating revenue, transaction and compliance risks by reviewing systems and processes before implementing appropriate controls. Kingsley is a Chartered Accountant, MBA and CISA auditor.