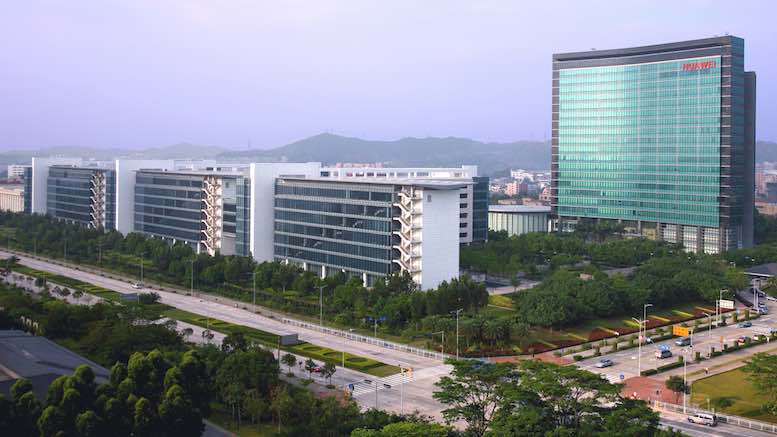 The Federal Communications Commission (FCC), the US comms regulator, has announced that five Chinese suppliers of telecoms and surveillance equipment and services represent an “unacceptable risk to US national security or the security and safety of US persons”. Huawei tops the list, which also includes ZTE, Hytera Communications, Hangzhou Hikvision Digital Technology and Dahua Technology. The risk designation includes any subsidiaries or affiliates of the listed businesses. Any services provided by other businesses that rely on equipment from the listed companies are also considered to be an unacceptable risk.

The legal affect of this risk designation is to prohibit government money being used to purchase equipment and services from these suppliers, whilst also potentially releasing government financial assistance for businesses wanting to replace products and services bought from these suppliers. The list will also have a more general influence. Given the extent to which comms providers rely on the goodwill of government it is safe to assume that no telco seeking favors from the US administration will buy from listed suppliers.

This list is a big step toward restoring trust in our communications networks. Americans are relying on our networks more than ever to work, go to school, or access healthcare, and we need to trust that these communications are safe and secure. This list provides meaningful guidance that will ensure that as next-generation networks are built across the country, they do not repeat the mistakes of the past or use equipment or services that will pose a threat to U.S. national security or the security and safety of Americans.

In a separate but related move, the FCC voted to commence formal proceedings which will almost certainly culminate with revoking the right of three carriers “controlled by communist China” to continue to do business in the USA. China Unicom Americas, Pacific Networks, and ComNet were said to have “failed to address the serious national security threats posed by their continued operation in the US” after the regulator demanded they respond to formal queries made in April 2020. A similar proceeding to revoke access for China Telecom was approved in December 2020.

Rosenworcel described the Chinese carriers to be addressed by the new proceedings as “indirectly owned and controlled by the Chinese government” during a meeting held on Wednesday. She added: “there is strong reason to believe that they will have to comply with requests from the Chinese government and advance its goals and policies”. A statement quoted FCC Commissioner Brendan Carr as observing: “many of these firms were authorized to operate in the US decades ago and the security threats have evolved substantially in the intervening years”. The political aspect of this decision was reinforced when Carr asserted:

The threat to our networks from entities aligned with Communist China is one that we must address head on, and I am pleased that the FCC continues to show the strength and resolve necessary to meet this menace. When it comes to Communist China, we have set a high bar for action over the last few years, and I look forward to continuing to work with my FCC colleagues on ways to protect America’s communications networks and in turn our national security.

This news will disappoint those who hoped Joe Biden’s Presidency would reset expectations for the treatment of Chinese telcos and manufacturers. Rosenworcel is a Democrat who was appointed by the Biden administration shortly after it gained power. It is clear that the US government will remain hostile to Chinese suppliers of network and surveillance equipment and its strategy for telecoms security is a continuation of the approach adopted by the Trump administration. The only uncertainty is the rate at which further sanctions will be imposed as part of a second cold war that will have significant repercussions for international communications.

The FCC’s list of unacceptable suppliers can be found here.