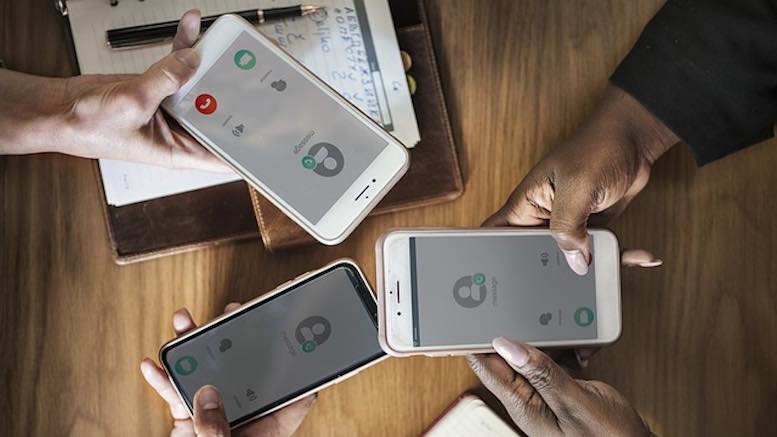 Contrary to promises that have repeatedly been made by the Federal Communications Commission (FCC) and a string of US businesses, there has been an enormous rise in the number of nuisance robocalls received by Americans during October. Per the YouMail Robocall Index, the most reliable objective measure of unwanted robocall activity in the USA, Americans received 4.6 billion robocalls during October, the highest monthly figure since STIR/SHAKEN became mandatory in July 2021.

Because of the massive expenditure upon STIR/SHAKEN we have since heard repeatedly from representatives of the regulator and various US businesses that the trend for robocalls is downward. This claim has become increasingly ludicrous, but various commentators chose to ignore data they did not like. Actual trend lines for the Robocall Index plotted during 2022 have been level at best, and slightly upward on most occasions. October’s worsening statistic should finally kill off the repeated attempts to bamboozle the public by pretending the number of robocalls was falling even though the monthly figures were at least as likely to show a rise as a fall. Much of the US strategy is now faltering because of a repeated insistence that the best way forward is to deliver more of the same methods that have failed so far.

The extent to which there has been a conscientious attempt to gaslight the public and ill-informed members of the industry becomes apparent when examining quotes from people who really should know better. In May, FCC Commissioner Brendan Carr ignored the actual statistics when asserting:

Now is not the time to take our feet off the gas because, according to YouMail, there were 3.9 billion robocalls placed last month but positive signs are that the numbers are trending downwards from last year.

Transaction Network Services (TNS), one of the largest suppliers of STIR/SHAKEN technology, illustrates how marketeers seek to deceive by being outrageously selective in their choice of statistics. Just a few days ago they issued a desperately slanted press release:

TNS Robocall Report: Robocalls Down 8% in 2022, accelerated by STIR/SHAKEN and Regulatory Enforcement

…Progress by top US carriers implementing STIR/SHAKEN, aggressive regulatory enforcement efforts, and the use of advanced call analytics helped drive down robocall volume 8% in the first half of 2022 compared to the same period last year (from 37.9 billion down to 34.9 billion)

How convenient that these experts in robocall volumes continue to talk about the number of robocalls received by the end of June, although August and October were the two worst months for robocalls this year! Any sensible statistical analysis would conclude that an 8 percent variance in robocalls between two arbitrarily chosen periods is just noise, the result of random fluctuations that have been typical of this data set since records began. It is not evidence that new controls are exerting a measurable influence on the figures. To put recent reported ‘reductions’ in robocalls into context, there was a 22 percent reduction in the number of robocalls between the first half of 2019 and the first half of 2020 but that temporary fall has been reversed in the meantime.

One good reason risk managers should try to base decisions on data rather than opinions is because words are often misused but a complete set of numbers will speak for themselves. The inevitability of the failure of the US strategy to reduce nuisance robocalls has been consistently predicted and explained through an ongoing series of articles on Commsrisk, but intertwining arguments can be summarized by observing the US strategy directs excessive resources and attention towards expensive and unproven technical methods that have glaring limitations whilst simpler, cheaper and superior techniques for tackling robocalls have been neglected. Objective data has always supported this argument, though a large segment of the US telecoms industry has followed the lead of the Federal Communications Commission (FCC) by choosing to become increasingly divorced from reality. They are motivated to continue justifying massive spending on STIR/SHAKEN even though it is likely that the cheaper methods which have been implemented in the USA have done more to reduce fraud and spam. Politicians at the FCC do not want to admit to making mistakes and businesses behind STIR/SHAKEN do not want to admit they are selling an expensive dud.

I take no joy in highlighting the poor decisions made by others, but these politicians and salesmen are deliberately forgetting who they are supposed to be protecting. Robocalls are an annoyance and a danger to ordinary people. They keep getting worse for Americans. No amount of gaslighting will encourage phone users to trust their phones if they keep being assailed with unwanted calls. They will not be influenced by pompous speeches and misleading press releases; ordinary people already know how often they receive calls they do not want. The US telecoms industry can lie to itself as much as it likes, but the crushing reality is that they will permanently kill conventional voice traffic by pretending to have a successful strategy for reducing robocalls when the facts show they do not.

Update December 3, 2022: YouMail identified an error in their October statistics and corrected them several weeks after their initial publication. The original version of this article has been amended to reflect the revised figures that YouMail subsequently published.