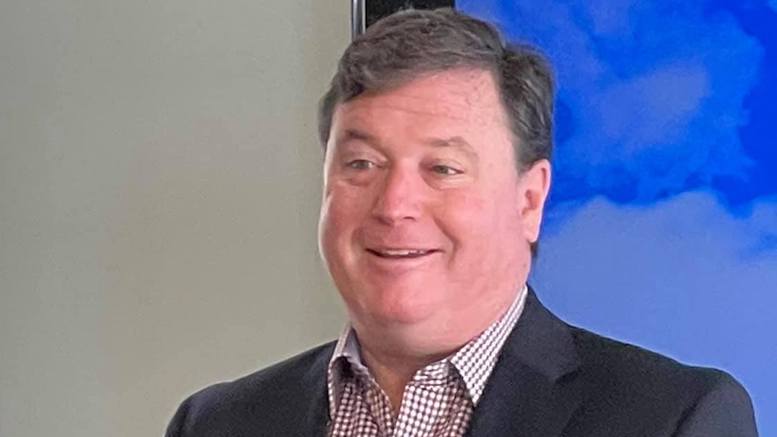 Indiana Attorney General Todd Rokita (pictured) is making a name for himself amongst Americans who care about illegal robocalls. Rokita is the top prosecutor for a state with a population of less than 7 million people, but he seems determined to pursue businesses responsible for illegal robocalls far more than peers in other states. Some will be cynical about Rokita’s ambition; he previously failed to obtain the Republican Party nomination to stand for Governor of Indiana and he spent 8 years in the House of Representatives before standing down in 2019 to unsuccessfully pursue a nomination to run for Senator. Adopting a populous stand against the supposed evils of telcos will undoubtedly feed into a future election campaign.

Some telecoms insiders have told me that much of Rokita’s work is posturing, with the goal to extract maximum publicity from settlements reached with telcos who have never intentionally sought to profit from robocall traffic and who willingly cooperate with the authorities. Nevertheless, the sheer volume of cases brought by Rokita is increasing public visibility of some of the murkier aspects of the telecoms industry. Chief amongst them is the knowledge that bad actors avoid censure by simply closing down tainted front organizations and opening new fronts to replace them. Transcripts from two legal petitions recently lodged by Rokita speak for themselves.

The following transcripts allegedly represent exchanges of direct messages that occurred on Skype, as supplied by one of the participants. As such, it is not clear if the identities of all participants are proven, or that these exchanges actually took place. However, they purportedly involve representatives of two telcos. The following exchange will simply label the two sides of the conversation as A and B. It begins in October 2021, after A allegedly contacted B about an FCC cease-and-desist letter demanding that B must stop the flow of illegal robocalls.

B: i knw
B: and already resolved it
B: send your sign up link
B: will signup with my friends new company

A: Ok will do but make sure you don’t send that shit traffic scam traffic that you didn’t respond to in the past
A: this is the link for new customers to sign up [URL for signing up]
A: When you sign up for it please let me know when complete so I can activate it and give you the same line if credit I gave to you under [B’s existing telco].

A contacted B with another message about the FCC clamping down on robocalling just a few days later.

A: We wanted to make sure you saw that the FCC issued another round of cease-and-desist letters against three voice service providers for apparently transmitting illegal robocall traffic. The letters, sent respectively to […], […], and [B’s existing telco] demand each provider to “immediately cease originating illegal robocall campaigns on their networks.” Otherwise, the letters warn that other network operators will be authorized to block all traffic from that provider if it does not take steps to effectively mitigate traffic within 48 hours, or fails to inform the FCC and the Industry Traceback Group, in its role as the Traceback Consortium, within fourteen days of the steps taken to implement effective measures to prevent their clients from using its network to make illegal calls. Did you take care of this by contacting the Traceback group or the FCC and letting them know how you plan to take steps to prevent this type of scam traffic? This has to be done first before this cease and desist letter will be wrapped up

B: yes sir thats why i am shutting down the companies

A: Your shutting down the companies and doing what?
A: Your not going to use Voip Telecom minutes any more?

B: from monday
B: you will get a new signup
B: from [new telco name]
B: today

A: Will they be able to stop sending scam traffic or not? Because that company will also get shut down if they can’t stop the scam traffic

B: They will stop sir

A: Who is the owner?

A’s telco allegedly provided service to the new entity set up by B. However, in January 2022, A used Skype to confirm with B what kinds of traffic B wanted to handle.

A: Amazon calls for scams or other type of calls?
A: And if they are for scams how can we mask them as real marketing so that they don’t get flagged by the FTC or fcc?

B: […] yes for scam sir as you already know press 1 and robodialing is stopped so people started buying popup calls
B: and the people who generates this they getting good money for each call

A also shared their alleged history of Skype direct messages that they exchanged with C, the CEO of a telco that describes itself as a ‘complete call center provider’ and ‘the best provider of VoIP-to-PSTN termination services’. It was in June 2020 that A first started talking about closing down an old front which had become the focus of several legal actions, and setting up a new entity to do business instead.

C: good morning [A’s name]
C: we are not seeing any traffic from you this morinng

A: I’m still working on it with PayPal right now and I’ll keep you posted
A: […] I am going to be the new CEO of a new telecom company so I can continue to run my traffic if the FCC shuts off my business the new company is called […] and the new owner is […] he will have a FCC 499 this week as well

C: good morning [A’s name] … good to know, let me know when you are ready to tansit over to the new company. btw, please call me […] I much prefer it.

A: Understood will do

The transition to the new front was discussed again six days later.

A: Yea it does but I have some new guys starting up in a few days so I’ll keep you abreast when they start up

C: sounds good.. appreciate the business
C: have you figured out when you are going to make the change to the company?

A: At the middle of next month I will be made a Ceo to [new entity] and I’ll be running all my traffic through that company
A: I’ll let you know before I make the switch

The front organization of A had changed but C was aware that everything else was the same. The following exchange occurred a few months later.

A: Will you be a credit reference for me since I’ve been paying you on a credit for almost a year now?

C: sure no problem

A: Thank you
A: It’s going to be for [new entity name] and under my allias [new entity’s nominal CEO] will that still be ok?

C: ok
C: who is going to be checking so I make sure I respond?

A: [name of another telco]

C: ok
C: just a fyi… I basically dont send them any traffic as we were getting a lot FAS from them.. so beware

A: Yea I am aware I just want them for one thing and it’s for toll free termination not for LD.

C: no worries.. I will give you a good reference

In October 2021 there was an exchange that highlighted the potential problems of hiding behind a stooge!

A: Im putting you down as a referral for my business loan it will be under [new entity name] and [new entity’s nominal CEO] since he’s the owner Ñot me on paper

A: I’m sorry for the confusion but I run the business but with the lawsuit that I went through previously I had to put him on my account as the face of my business but he is getting replaced because he is a drunk and moved from Houston to Louisiana and can’t get in contact with him anymore he doesn’t have access to the bank accounts at all
A: So that is a plus

I would rather not trust political beasts like Todd Rokita to clean up crime within the telecoms industry. Though the transcripts have been submitted to court using the names of individuals and companies there is room for doubt about whether Rokita’s team can really prove these exchanges occurred as they have been presented in the court documents. At the same time, if the impetus to fix the mess does not come from within the industry then it will need to come from somebody outside. A lot of telcos will be frustrated because they would prefer to have the freedom to turn away traffic they do not want, but which they are compelled to take because of laws designed to prevent anti-competitive practices. This does not change the fact that there is a lot of grubby business involving telcos that change their names for no reason other than to evade responsibility for their actions.

This industry is increasingly obsessed with tracing traffic, but we should really be tracking the people responsible for the traffic. Too many have been allowed to hide behind dummy executives and rotating legal entities. If telcos feel inhibited from turning these rogues away, they must lobby for a change in the law so they have the freedom to turn them away. Telcos need to task politicians to clean up the legal environment, so that there are no longer any excuses to deal with bad actors. Otherwise the politicians will exploit the failings of telcos just as surely as any fraudster.

The transcripts shown above were taken from Rokita’s petitions as found here and here.