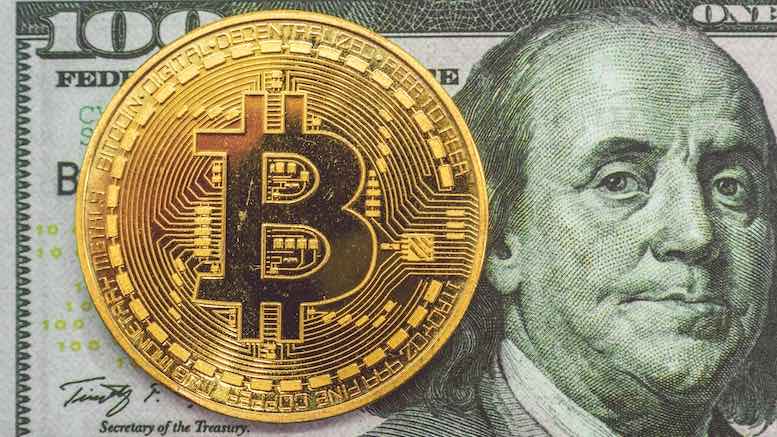 Quite a few governments are reviewing the risks created by cryptocurrency, but the USA is going further than most by drafting a new law that would demand a review of the risks created by another country’s use of bitcoin. If passed, the Accountability for Cryptocurrency in El Salvador Act would require the US Secretary State to mitigate any risks after reporting to Congress about:

The ostensible goal is to protect the US financial system and the financial system of any other country that uses the US dollar. The US dollar is an official currency in El Salvador, and bitcoin became the second official currency in 2021. For that reason, the USA has a genuine economic interest in El Salvador. On the other hand, some of the comments from the politicians behind the draft law suggests they are confusing the distinct goals of serving US voters with interfering in the interests of El Salvadorians. Senator Bill Cassidy, one of the bill’s sponsors, publicly slapped down Nayib Bukele, El Salvador’s democratically elected President, when the latter suggested the US is ‘afraid’ of his government’s policy towards bitcoin.

Salvadoran residents in the United States don’t like this policy. We are being responsive to their concerns. Perhaps they don’t trust a president who brags about trading Bitcoin “naked.” https://t.co/8v41Yoyia5

The US government is not the only institution trying to discourage El Salvador’s use of bitcoin. A report by the IMF said El Salvador should immediately reverse the policy of treating bitcoin as legal tender because it “entails large risks for financial and market integrity”. Rating agency Fitch recently announced a downgrading of El Salvador’s debt rating, partly because “the adoption of bitcoin as legal tender has added uncertainty about the potential for an IMF program that would unlock financing for 2022-2023”. An IMF loan package worth USD1.3bn is currently at risk.

Some of the concerns surrounding El Salvador’s policy relate to the rise of China, and the attempts by countries like Russia and Iran to reduce the importance of the US dollar in order to reduce the influence of the US government over international trade, and hence the power the USA can wield through sanctions. China is hostile to the use of bitcoin by its own citizens, but may be secretly glad to see countries like El Salvador shifting towards the use of peer-to-peer digital transactions enabled by cryptocurrency. This would fit an overall Chinese strategy of promoting international mobile and electronic payments that sit outside of a traditional banking framework that continues to be centered on the use of the US dollar as the world’s reserve currency.

Cryptocurrency optimists express tremendous support for Bukele’s policies, which includes a plan to raise USD1bn through a new ‘Volcano Bond’. This bond promises a 6.5 percent coupon plus a ‘dividend’ of 50 percent of the gain in the price of the cryptocurrency after five years. Half of the billion-dollar proceeds would be spent on the construction of a ‘bitcoin city’ which will harness geothermal energy from a volcano to power an enormous bitcoin mining operation. The remainder of the proceeds would be invested directly into bitcoin. However, even the most bullish cryptocurrency supporters must admit that currency valuations sometimes fall, and the launch of the bond was postponed because of the affect of the war in Ukraine on the value of bitcoin. El Salvador Finance Minister Alejandro Zelaya said “this is not the time” to issue the bond, which may now be delayed to September.

Volatile changes in price remain a serious problem with using bitcoin and other cryptocurrencies. Bitcoins and other cryptocurrencies are mostly bought and sold as a speculative investment, and too few bitcoins are used to make regular purchases or to transfer value from one person to another. That said, even US politicians are prepared to take a stake in cryptocurrency in the hope it will lead to economic rejuvenation and the creation of jobs. The mayors of New York City and Miami both promised to take a segment of their official pay in bitcoin, as part of a strategy to attract cryptocurrency businesses to their cities.

For all the concerns about big money and macroeconomics, it is easy to forget why ordinary people in countries like El Salvador could potentially gain a lot from the widespread adoption of a cryptocurrency. Data from the World Bank shows that personal remittances received in El Salvador are collectively worth almost a quarter of the country’s GDP. In other words, one of El Salvador’s biggest sources of income is the large number of workers who move to another country and then send some of their pay to family members in their homeland. There are other poor countries which are even more dependent on personal remittances, but fees levied on international transfers can be as high as 10 percent. Transfers conducted using cryptocurrency eliminate that overhead. If a quarter of a country’s income depends on money transferred from overseas, and 10 percent of that money is consumed in transaction fees, then negating those fees would represent a 2.5 percent boost to the economy. The benefits would also be focused on the poorest members of society. For these reasons, we should not allow skepticism about cryptocurrency volatility or its potential use for money laundering to blind us to the genuine reasons to adopt technologies that could greatly lower the cost of financial transactions.