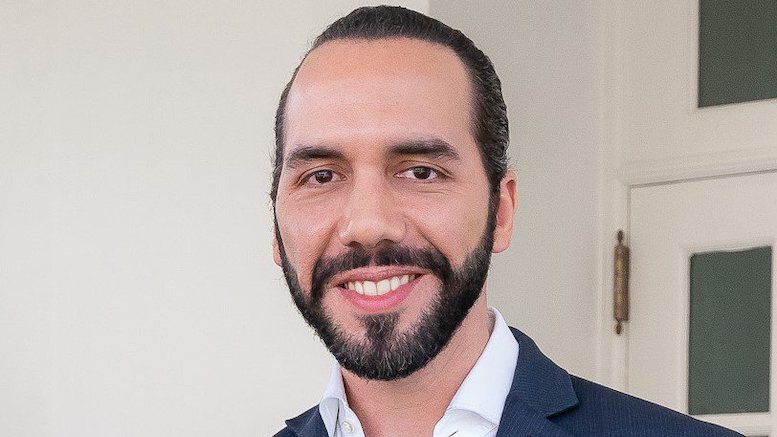 Salvadorian President Nayib Bukele (pictured) is unlike most heads of government. He was 37 years old when elected President in 2019, and his victory required him to break a two-party system where both parties were run by former guerillas. Bukele dropped out of law school and managed nightclubs and worked in advertising before he became Mayor of a small city in 2012. The administration of US President Biden has criticized Bukele for being authoritarian and some of Bukele’s critics describe him as the Salvadorian version of Donald Trump, but Bukele has a Muslim father in a predominantly Christian country, has overseen a pandemic response that ranks amongst the best in Central America, and has reduced the murder rate by 60 percent since he took office. Bukele may consequently be the most popular politician on the planet, with approval ratings that are consistently over 90 percent. Now Bukele has also become a hero to cryptocurrency geeks worldwide, after lawmakers overwhelmingly supported his proposal to make El Salvador the first country that accepts Bitcoin as legal tender. Salvadorians will soon be able to use the currency to pay their taxes and businesses will be required to accept payment in Bitcoin unless they lack the technology to do so.

Besides, a big chunk of those 6 billion dollars is lost to intermediaries.

By using #Bitcoin, the amount received by more than a million low income families will increase in the equivalent of billions of dollars every year.

This will improve lives and the future of millions.

It can be argued that El Salvador will have no control over the value of Bitcoin, but nor does it have control over the country’s other official currency, which is the US dollar. Bitcoin’s biggest flaw as a currency is its volatility, making it unreliable as a store of value, but small countries often have problems with unstable currencies, which was the reason why El Salvador adopted the US dollar in 2011. One of the greatest disadvantages of using a foreign currency is that the government cannot choose to print new money, but it is possible to create new Bitcoins by mining them. Bukele is already promising to use geothermal energy to power Bitcoin mines.

I’ve just instructed the president of @LaGeoSV (our state-owned geothermal electric company), to put up a plan to offer facilities for #Bitcoin mining with very cheap, 100% clean, 100% renewable, 0 emissions energy from our volcanos 🌋

This is going to evolve fast! 🇸🇻 pic.twitter.com/1316DV4YwT

The two aspects of Bukele’s plans that will be most attractive to the public are:

Critics observe that Bukele’s background in advertising has made him adept at marketing stunts. Relatively few Salvadorians will currently have the means and the know-how needed to maintain Bitcoin wallets. However, technology often enables societal changes at a pace that seems unimaginable until they occur. This is especially true when disruptive businesses seek to take advantage of new mass market opportunities, as will be encouraged by the government creating demand for Bitcoin by accepting tax payments in the cryptocurrency. It is unclear how the government will spend the Bitcoins it receives, so there is also the risk that the whole country could suffer if the value of Bitcoin crashes. Nevertheless, the wider use of cryptocurrency in day to day life could improve the lives of Salvadorians for the same reasons that mobile money has become so popular in many countries.

Poorer Salvadorians will not have the reserves needed to cope with losses as the value of the cryptocurrencies fluctuate, so Bitcoin may seem like an ineffective way to service the needs of those who have least. However, Bitcoin does not need to provide a perfect solution in order to put competitive pressure on other solutions. Bitcoin’s volatility can be considered a kind of cost that is borne whenever the currency’s value falls. As severe as these falls can be, these costs are not so intolerable when compared to the extortionate costs often imposed on expatriate workers seeking to send money to their home country. El Salvador has one of the highest net migration rates in the world, and receives USD6bn in remittances from expatriates each year, equivalent to more than 20 percent of the country’s GDP. If the competitive pressure generated by the adoption of Bitcoin leads to only slight reductions in the cost of other banking services then this will still generate worthwhile benefits in aggregate.

Another potential benefit of using Bitcoin is that no government controls it. The widespread adoption of a cryptocurrency in practice would hence increase the independence of El Salvador and afford it some protection from the vagaries of US policy or other circumstances that affect the US dollar but not Bitcoin. Half of Salvadorians will be glad not to be under the thumb of the US government, which was responsible for training and arming terrorist death squads that killed many civilians during the Salvadorian Civil War. Escaping the US government’s stranglehold on the flow of money is also the reason why China is developing its own cryptocurrency. A small country like El Salvador could never hope to gain international acceptance for a nationally-controlled cryptocurrency like that being created by the Chinese, but perhaps an existing independent cryptocurrency could gain similar traction if other countries emulate El Salvador’s policy, as they will if it proves to be a success. City AM reports that four other Latin American countries are considering whether to officially recognize Bitcoin.

Perhaps the biggest downside to adopting Bitcoin as legal tender is that various international banking bodies like the IMF will react negatively to any developments which may help the laundering of money by criminals and tax evasion by corporations and wealthy individuals. On the other hand, El Salvador has been treated so badly in the past that it is easy to empathize with any citizens eager to thumb their nose at the world’s great powers and their bankers. The leak of the Panama Papers in 2016 showed how many rich countries had politicians and public officials that exploited offshore tax havens; none of those documents implicated anyone from El Salvador. I would not be surprised if Salvadorians were willing to see dubious money enter the country via Bitcoin transfers, if it leads to an overall increase in wealth. Any attempt by rich countries to punish El Salvador for accepting Bitcoin as legal tender may justifiably be interpreted as hypocrisy.

Competition is good, especially when it drives down costs and gives people new opportunities. El Salvador is taking some significant risks by making Bitcoin legal tender, and there will undoubtedly be push back from more powerful nations. However, allowing people to pay their taxes with Bitcoin has the potential to make this cryptocurrency a practical and recurring component of the way people live their lives and manage their finances, as distinct to the speculative objectives of most people who currently invest in cryptocurrencies. Even if Bitcoin only gains marginal acceptance amongst Salvadorians, increased use will still prompt others – banks, forex traders, mobile money providers – to sharpen their offerings. That is why I believe El Salvador’s gamble is worth taking, and could be a tremendous game changer if it proves so successful that other countries follow their lead.