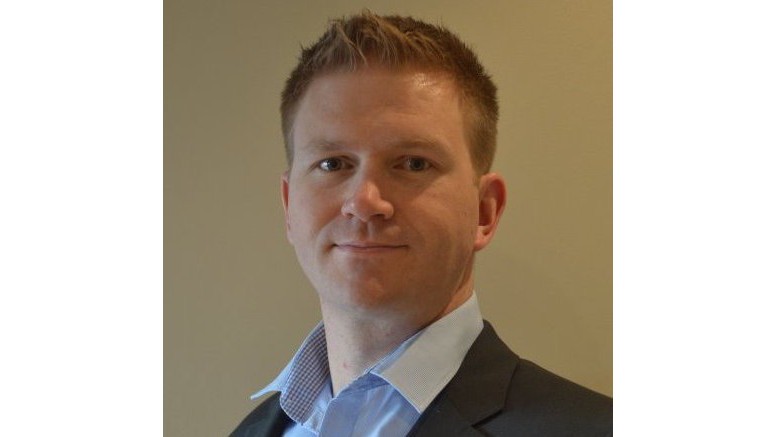 Take a long hard look at the photograph of Shane Fryer (pictured above). Let me tell you something important about Shane Fryer: whichever conferences you plan to attend in the next few months, you will not see him there. I know you might have seen a brochure, an agenda, a website, or something else which says this well-traveled and highly-experienced risk and assurance manager is going to be speaking at your event. But I spoke to Shane recently, and I can confirm Shane Fryer is not speaking at your conference.

I was disappointed when Shane told me he would not be giving a presentation at the RAG Summer Conference that I am helping to organize. As a consequence, we had to remove his profile from the RAG website. It was removed from the RAG website the day after I heard from Shane. This contrasts with the approach taken by other conference companies, who listed Shane as a speaker in their brochures without even speaking to him. And Shane is still in their brochures apparently, even though he never agreed to attend those events.

Here is an excerpt from a brochure for the RAFM conference being run by Falcon Business Research in Dubai this May, with Shane’s name clearly listed as a speaker. 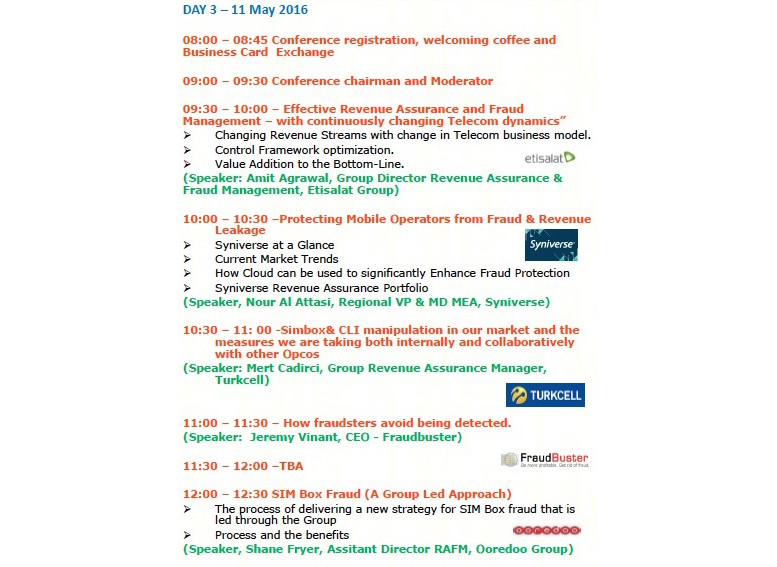 The organizers of the Falcon event may pretend this excerpt is taken from an old version of their brochure, or from a draft. However, the filename suggests the document was circulated on April 16th. The file properties state the document was written by someone called Dhul Qarnain and was last modified on April 4th. Here is the brochure if you want to check for yourself.

This is what Shane had to say when I told him he was listed in Falcon’s brochure.

Wasn’t even aware of it… For some reason these jokers seem to think that by putting my name down they will draw a crowd… well the joke is on them.

I have to say I disagreed with Shane. The joke is on everybody who pays to attend an event expecting to learn from a top professional from Shane, and it is not a very funny joke. Shane agreed with my point of view, though I understood his frustration when he observed:

Perhaps the company will stop using my name, but another company will do something similar, and/or use another name, etc.

The truth is that we have all got used to this kind of bad behavior from various unscrupulous conference and training providers. Any speaker might need to withdraw from an event, but some providers are using this unfortunate fact of life as cover for systematically lying about who has agreed to participate in their events.

We need a simple solution that works for all of us. A few weeks ago I floated the idea of ConferenceWatch, a simple way of expressing the idea that we should pool intelligence about dodgy conference providers. I appreciate that it is a bore when you discover that somebody has lied about your involvement in their conference. But instead of complaining to the guilty party, just tell me. Then I will write about it here. Email me their unrepresentative brochures and or point me to their misleading websites. Then we can all start laughing at their expense, instead of our own. If we work together we can rapidly end the shenanigans of disreputable conference organizers, and we will soon discover which events only survive through dirty tricks and broken promises, because we will put them out of business.

Shane cannot attend the RAG Summer Conference because he is changing jobs; he has departed his old role as Assistant Director for Risk Management & Revenue Assurance at Ooredoo Group and will soon start an even better job elsewhere. The timing of his move makes it impractical for him to attend the London RAG conference, or any others. We wish him well in his new role, as we also make this solemn vow: we will get Shane Fryer to speak at one of our future RAG conferences!

Mohammed Ali of Falcon Business Research wrote to share his opinion of this article:

Hope all is well at your end.

I came through your post about FBR. Yes Shane is not speaking at our conference but we do have a c level speaker from ooredoo group.

The screenshot you have pasted on your website it a vey old one.

You are trying to promote RAG by writing about Falcon.

Please go ahead with what you have been doing. We don’t give a damn about you posts because in end what matters is how good we deliver the event.

I find it suspicious that Falcon consciously misled people by listing Shane in their ‘very old’ brochure (dated April 16th in the filename, last modified on April 4th per the file properties) but do not name which Ooredoo Group ‘C-level speaker’ they now say will speak. Were they worried that I would call the exec if told his or her name? This approach to promoting an event – sharing some speaker names with some people, sharing different information with different people – demonstrates why we should pool intelligence. If you know the name of a C-level exec from Ooredoo Group who is speaking at this event, then get in touch and tell us!