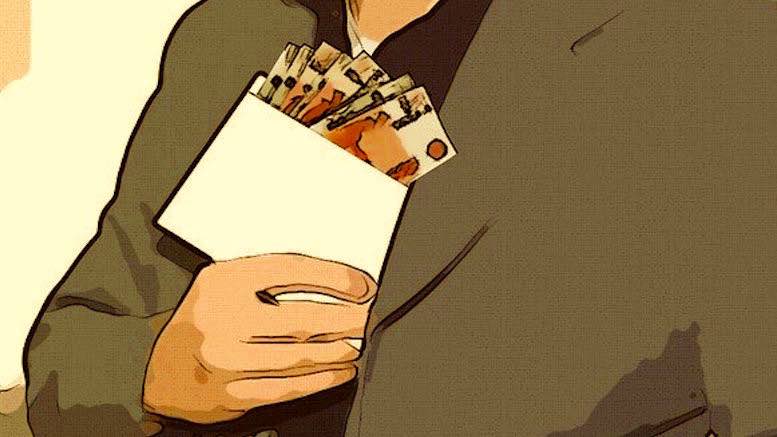 The story so far… Ericsson is listed in the US, so is subject to US laws and regulations.  It was found to have been engaged in bribery and corruption in multiple countries and, in 2019, entered a deferred-prosecution agreement (DPA) with the US Department of Justice (DoJ).  You can read the back story here.

In February 2022, the International Consortium of Investigative Journalists (ICIJ) and its media partners asked Ericsson about further alleged corruption in Iraq between 2011 and 2019.  Ericsson initially declined to comment and then ICIJ published its ‘Ericsson List’, a series of excerpts and analysis of Ericsson’s internal investigation. These provided, in Ericsson’s own words, details of…

…serious breaches of compliance rules and the Code of Business Ethics. It identified evidence of corruption-related misconduct, including: Making a monetary donation without a clear beneficiary; paying a supplier for work without a defined scope and documentation; using suppliers to make cash payments; funding inappropriate travel and expenses; and improper use of sales agents and consultants.

The big question was whether the reported Iraq activity was covered by the DPA and, if not, have the findings been disclosed to the DoJ and the US Securities and Exchange Commission (SEC)?  After a period of silence from both sides, Ericsson posted another press release on 2nd March:

On December 6, 2019, Ericsson entered into a Deferred Prosecution Agreement (DPA) with the United States Department of Justice (DOJ). On March 1, 2022, the DOJ informed Ericsson that the disclosure made by the company prior to the DPA about its internal investigation into conduct in Iraq in the period 2011 until 2019 was insufficient. Furthermore, it determined that the company breached the DPA by failing to make subsequent disclosure related to the investigation post-DPA. The company is in communication with the DOJ regarding the facts and circumstances of the breach determination and is committed to co-operating with the DOJ to resolve the matter.

It included the following comments:

Based on our current review, we believe the situation described in the media reports on the conduct of Ericsson employees, vendors and suppliers in Iraq, going back to 2011 is covered by Ericsson’s 2019 internal investigation.

The investigation could not identify that any Ericsson employee was directly involved in financing terrorist organizations.

How to Read a Press Release

That all looks good, doesn’t it?  But, ask yourself why, of all the Iraq allegations, does this press release only mention terrorist funding?

What Does Ericsson’s Press Release Not Say?

The press release does not make any of the following claims.

If Ericsson believed the Iraq activity was covered by the DPA, why didn’t it say so in any of its previous press releases?

A Close Examination of Ericsson’s Words

The inclusion of “Ericsson employee” and “directly” is very reminiscent of Ericsson’s feeble denials from 2016 (with my emphasis):

And (with my emphasis):

…we do not agree with the allegations of widespread briberies

These are fine examples of minimisation, the art of reducing liability to a minimum. The goal is to limit the impact on shareholders and the business in general, but it also means we are not hearing the whole story.

ICIJ reports Ericsson Chief Executive Börje Ekholm told a conference call with investors, financial analysts and journalists that when it came to wrongdoing in Iraq…

…the key is that we are on a journey, a culture journey… to root out bad performance. We are very committed to doing that.

This is a very serious matter and both embarrassing and unacceptable misconduct.

Where Are We Now?

Ericsson insists the Iraq activity is covered by its internal report, but they do not say when, or if, it disclosed the final version of that report to the DoJ.  The DoJ says that Ericsson’s disclosure about its Iraq investigation was insufficient.  Since Ericsson’s related press release only mentions terrorist financing, the question is whether this allegation made it as far as the DoJ.  If this is the issue, did it happen by accident or by design, and who is accountable?

My understanding is that the DoJ determines the facts; you can argue your case with the DoJ, but there is no right of appeal to an independent third party.  If the DoJ says you are guilty then you are guilty, with all the consequences that may bring. At the present moment it is impossible for the rest of us to judge how guilty Ericsson is, though we know the scale of the potential wrongdoing may have been enormous. The gulf between what we know and what is at issue was cogently summarised by Christer Gardell, Managing Partner and co-founder of Cevian Capital, Europe’s largest activist fund, which owns a stake in Ericsson. Gardell was quoted by the Irish Times as saying:

This is either the mother of all governance failures, and then there needs to be accountability and consequences for the board, or a more limited governance issue that has been blown out of proportion by a further communications screw-up, and then that needs to be corrected

On the subject of communications, I have a tip for the public relations and investor relations professionals working for Ericsson. They previously used the word ‘transparent’ in a press release. They obviously have a sense of humour because they said…

In order to be transparent, Ericsson has chosen to disclose this information

…even though they only made this disclosure after the questions posed by ICIJ and its media partners forced Ericsson to admit the existence of the Iraq investigation. In English, the word ‘transparent’ means to be see-through, like glass, or it can mean being open and honest. Secrecy is the opposite to transparency. The world has begun to see through Ericsson’s version of events. They need to discover the capacity to be open and honest in all their future statements, or else they may deserve even more severe punishment than they have received so far.