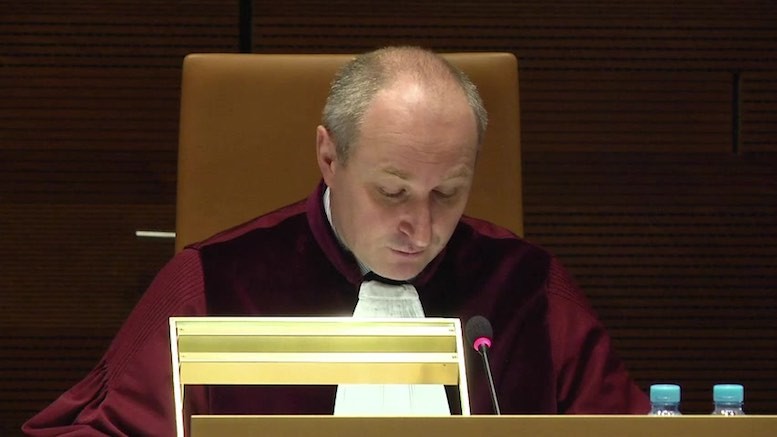 The London offices of Simmons & Simmons hosted a panel discussion which covered the question of who should bear the costs of a blocking injunction: should it be intermediaries or rightholders?

The Cartier decision and the dissent on costs

In its ruling the Court of Appeal upheld the decision of Arnold J at first instance and confirmed that blocking injunctions can be also sought in online trade mark cases, even lacking an express implementation into UK law of the third sentence of Article 11 of the Enforcement Directive (“Member States shall also ensure that rightholders are in a position to apply for an injunction against intermediaries whose services are used by a third party to infringe an intellectual property right, without prejudice to Article 8(3) of [the InfoSoc Directive].”)

Similarly to Arnold J, Kitchin LJ confirmed that internet service providers (ISPs) are to bear the costs of implementing a blocking order, while rightholders have to pay the costs of the relevant application. In his dissent Briggs LJ stated to agree with the analysis of Kitchin LJ, except on the issue of costs.

The appeal in Cartier was the first time that ISPs had ever appealed a blocking order (including those made pursuant to s97A of the Copyright, Designs and Patents Act), also in relation to costs.

Since the landmark decision in Newzbin2, the first copyright blocking order issued in the UK, ISPs have been regarded as those having to bear the costs of implementing a blocking injunction.

At that time Arnold J noted how ISPs (in that particular case, BT) are commercial enterprises that make a profit from the provision of services which the operators and users of infringing sites (in that particular case, Newzbin2) use to infringe the rightholders’ rights. As such, the costs of implementing the order could be regarded as a cost of carrying on their own business.

This conclusion was said to be reinforced to some extent – albeit implicitly – by EU law, in particular:

This said, however, in my opinion the hints derived from EU law are, indeed, just … hints.

Is there an EU framework?

The EU law framework is pretty much silent regarding who should bear the costs of injunctions against intermediaries. Even the ambiguous wording of Article 14 of the Enforcement Directive (“Member States shall ensure that reasonable and proportionate legal costs and other expenses incurred by the successful party shall, as a general rule, be borne by the unsuccessful party, unless equity does not allow this”) does not seem to relate directly to injunctions.

Substantially ‘costs of injunctions’ is therefore an area of the law that has been left unharmonised at the EU level. This is also because, as Recital 59 of the InfoSoc Directive eloquently puts, “[t]he conditions and modalities relating to such injunctions should be left to the national law of the Member States.”

Although the majority of national legal systems envisages that intermediaries are those responsible for bearing the costs of an injunction against them for third-party infringements, Member States are therefore ultimately free to choose the solution they prefer.

As such, any discussion as to whether the solution indicated by Arnold J and subsequently followed in other cases is the one to prefer is a legitimate one.

Will the CJEU provide yet another de facto harmonisation? The Mc Fadden case

This being the state of the art, ie a formally unharmonised framework, things might change – as a matter of fact – soon. More specifically, things may change when the CJEU decides the pending reference in Mc Fadden, C-484/14.

This is a reference for a preliminary ruling from the Regional Court, Munich I (Germany), and was made in the context of proceedings between Sony and a person (Tobias Mc Fadden) who operates a business selling and renting lighting and sound systems for various events.

As previously discussed, Mc Fadden owned a Wi-Fi connection that was open to anyone to use as it was not protected by any password. In 2010 that connection was used by someone other than Mc Fadden to download unlawfully a musical work to which Sony owns the copyright. Following Sony’s formal notice, Mc Fadden sought a negative declaration from the referring court. This dismissed it and upheld Sony’s counterclaim, granting an injunction against Mc Fadden on the ground of his direct liability for the infringement at issue and ordering him to pay damages, the costs of the formal notice, and costs.

Mc Fadden appealed that decision, arguing that the provisions of German law transposing Article 12(1) of the ECommerce Directive would shield him from liability for third-party infringements. The Regional Court held the view that Mc Fadden would not be directly liable, but rather indirectly liable according to the German doctrine of Störerhaftung, on the ground that his Wi-Fi network had not been made secure. This court decided nonetheless to stay the proceedings and seek guidance from the CJEU on a number of issues.

For the sake of this blog post, what is particularly interesting is Question 4:

Is… Article 12(1) of [the ECommerce Directive] to be interpreted as meaning that the expression ‘not liable for the information transmitted’ precludes as a matter of principle, or in any event in relation to a first established copyright infringement, any claims for injunctive relief, damages or the payment of the costs of giving formal notice or court costs which a person affected by a copyright infringement might make against the access provider?

What is possibly even more interesting is the answer that Advocate General (AG) Szpunar (pictured above) provided in his Opinion on 16th March of this year.

The AG held that an intermediary cannot be held liable for an IP infringement committed by a user of its services and, as a result, cannot be asked to bear pre-litigation and court costs. Holding otherwise “could potentially have the same punitive effect as an order to pay damages and could in the same way hinder the development of the intermediary services in question.” (para 77)

AG Szpunar, however, did not stop there.

Spuznar noted (paras 78-79) how injunctions can be imposed on innocent intermediaries to repress third-party infringements. However, he concluded that the safe harbour regime (Article 12 of the Ecommerce Directive in this specific case) “precludes the making of orders against intermediary service providers not only for the payment of damages, but also for the payment of the costs of giving formal notice or other costs relating to copyright infringements committed by third parties as a result of the information transmitted.” (para 80, emphasis added).

In my own opinion, the phrase “other costs” might include the costs of implementing an injunction, including a blocking injunction.

This means that, should the CJEU confirm the AG analysis on this point, then Briggs LJ might have well been right… stay tuned!

Do Not Underestimate Satellite Broadband