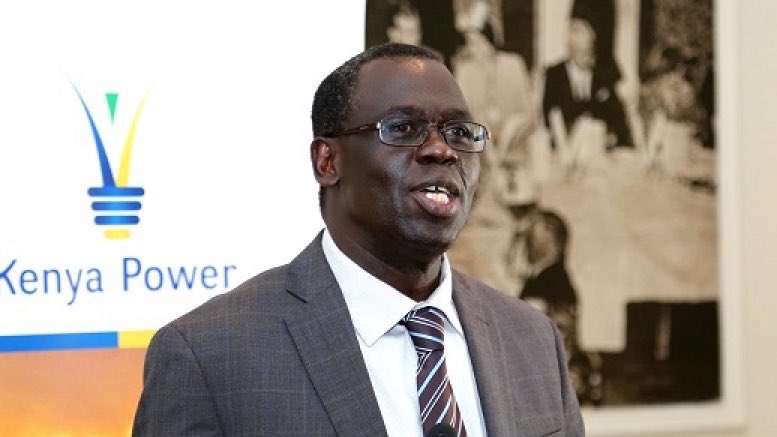 The Kenya Power and Lighting Company, more commonly known as Kenya Power or KPLC, have recently admitted falling foul of a scam where KPLC staff hacked the company’s systems to generate virtual prepaid tokens. The fraudulent tokens were sold, with significant discounts, to third-party vendors before being bought by unsuspecting customers taking advantage of the discounted rates. The cost of the scam is estimated to be KSH35.3mn (USD340,000).

It has been estimated that 3,500 customers colluded with the scam. However, the total number of affected customers could be far higher, due to tokens being widely sold to residents living in poorer, high-density areas.

In an acknowledgement of the fraud, Jared Othieno, KPLC’s Managing Director (pictured) stated, “there is an ongoing recovery of payments targeting affected customer accounts”.

What is concerning is the way in which KPLC are addressing the losses. Rather than seeking to reclaim the stolen monies from the perpetrators of the crime, KPLC have instead decided to penalize affected customers by applying a negative balance to any pre-paid account showing as having used a fraudulent token.

In July, Othieno told the Senate Committee on Energy that 13 KPLC staff had had been disciplined or fired because of their part in the fraud. According to Othieno, some staff and customers have signed statements admitting to the collusion. However, that doesn’t address wider concerns that customers who have been duped into buying them will have to pay back the full value of the fraudulent tokens, despite acting in good faith.

Othieno also stated that the recovery process, which began in June 2019, is ongoing and that impacted customers are being notified of the repayments being enforced prior to the unfair recovery. However, it seems as though this notification is being communicated passively when customers receive a transaction error when attempting to top-up their accounts, and then only by calling KPLC to find out why.

Customers are being told that they are unable to have their supply reinstated until they settle the outstanding balance in a lump sum payment, effectively holding customers to ransom.

Your staff went out and sold fraudulent tokens. Whatever your employees do binds you as a company. Because you are a monopoly, when your officers engage in fraud, it doesn’t bother you but instead you go and punish customers who were tricked into the fraud more by recovering the money the fraudster took.

The Committee also raised concerns about the monopoly’s stranglehold over customers with its high energy tariffs.

The fresh scandal comes amidst an ongoing investigation into the business for alleged multi-million Shilling losses associated with a postpaid tariff fraud, which involved its staff colluding with almost 5,000 customers to fraudulently reduce their bills.

It begs the questions of why KPLC are extorting money from customers and who really stands to benefit from it.

Whether the reclamation against prepaid customers is in full or in part, it is wrong to expect consumers who used those services to bear the burden for grievous failings of the business, whether they occurred through negligence, incompetence or deceit.

The Directorate of Criminal Investigations is looking into this case, and KPLC have hired an information and communications technology expert from Deloitte to audit their systems. Let us hope that KPLC are held accountable for the associated losses.