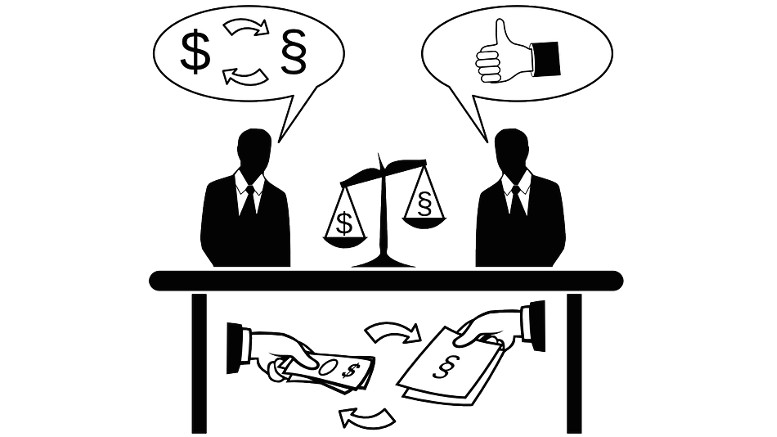 There is really no way nice to say this – anybody who has followed the history of state-capture in South Africa will know that the Guptas are slime. This moneyed family epitomises the unholy alliance between big business and rotten governments in Africa. It is then such a big surprise that somehow, KPMG ended up in bed with them and the odour from that encounter is stinking to high heavens.

Some of the stuff that KPMG is accused of having engaged in (on behalf of the Guptas) is almost comical. Consider how government funds were redirected to pay for a lavish wedding, as reported by many sources including the amaBhungane Centre for Investigative Journalism:

KPMG were the auditors of the Guptas’ Linkway Trading (Pty) Ltd. This company, we shall see, played a crucial role in the diversion of cash earmarked for the Free State’s Vrede dairy project to reimburse most of the wedding expenses – R30 million to be exact.

By allowing Linkway to account for the wedding as a “business expense”, KPMG further ensured that the Guptas paid zero taxes on their Free State government windfall.

For readers who wish to be entertained a bit, please google “Gupta wedding”.

The South African telecoms sector has not been immune to the corruption spread by the Gupta family. A few years ago fixed-line operator Neotel paid money to companies used as a front by the Guptas in order to secure various big contracts.

The claims that Neotel had engaged in bribery were first brought to light by their auditor, Deloitte. A few months later Vodacom abandoned their attempted acquisition Neotel. This highlights the importance of robust independent audits that will identify and report corruption. In contrast, KPMG South Africa appears to have actively helped the corrupt business dealings of the Gupta family.

KPMG International has moved in and reviewed KPMG South Africa. The conclusion of the review is stark as reported in the Mail & Guardian paper.

…at the very least, [KPMG South Africa] did a poor job and in many cases fell far short of good auditing standards. This applies to the work it did for the Gupta family and the South African Revenue Service (Sars).

The South African Independent newspaper reported that KPMG has lost 14 major clients in the wake of this mess. Some of the clients who have since reviewed their relationship with KPMG are big names in the South African corporate scene e.g. Deneb Investments, Sasfin Bank, Absa Bank, Bidcorp, Investec and Lonmin, Randgold & Exploration. The South Africa Reserve Bank had to step in and stop major banks from terminating KPMG statutory audit contracts.

When it rains, it pours. Former Ithala Limited chief executive Vijay Misra is suing KPMG for more than R9 million (USD 660K) over a report which allegedly cost him his job. Whether Vijay lost his job because of the KPMG report is debatable, but this type of thing, coming when KPMG has lost so much credibility, does not help the firm in any way. In a way, one can expect that anything KPMG South Africa ever touched will come under much closer scrutiny.

Whichever way this pans out, KPMG South Africa is still in the thick of things and ultimately, this is a firm that will be stained for a considerable length of time. The resignation of top management at KPMG seems hardly enough. The tragedy of these indiscretions is that the vast majority of KPMG’s 3600 workers in South Africa are most likely honest hardworking folks and should not have to see their firm, which should be an example in ethical business conduct, now turned into a complete joke.