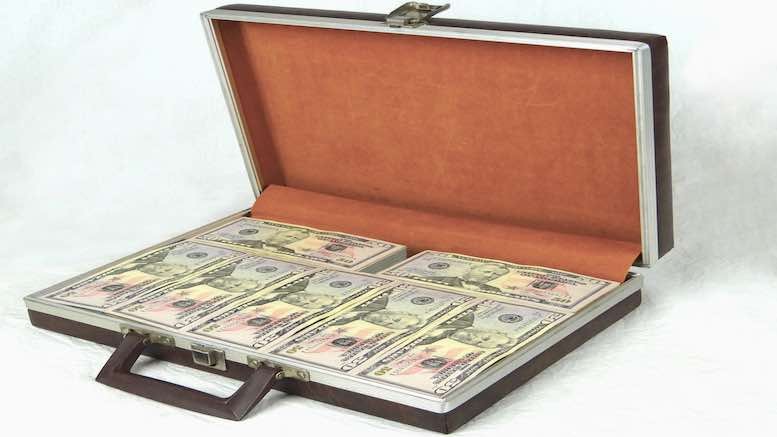 Lycamobile, an international group of MVNOs, has been accused of money laundering by rival group Lebara Mobile, reports BuzzFeed.

The Lycamobile group has been described as ‘the world’s largest cheap international calls provider’. Headquartered in the UK and owned by Sri Lankan entrepreneur and refugee Subaskaran Allirajah, it runs a cash-rich operation that sells prepaid calling cards to migrant workers. Private investigators working for Lebara Mobile, which targets the same market as Lycamobile, reportedly followed Lycamobile employees around London, observing them carrying large amounts of cash in rucksacks and unmarked cars. The cash was eventually deposited in a variety of Post Offices.

Lebara notified the UK’s National Crime Agency (NCA) about these peculiar money-handling activities; it is unknown what action has been taken by the NCA, if any.

The rivalry between Lycamobile and Lebara has unusually deep roots. Lebara was also founded by a Sri Lankan refugee, Ratheesan Yoganathan. Yoganathan previously worked for Allirajah at Lycamobile, before he left to set up Lebara.

The BuzzFeed website has since repeated Lebara’s undercover activities and filmed how cash is taken to a mixture of Post Offices. There is nothing inherently criminal with handling cash like this, but Lycamobile’s methods are strange.

After reading Buzzfeed’s report, Lycamobile issued a statement denying any wrongdoing. They say they have not been contacted by the NCA or any other law enforcement body about these allegations.

BuzzFeed also makes other claims that are damaging to the reputation of Lycamobile. However, presenting a miscellany of unrelated criticisms gives the impression that BuzzFeed’s attack may be politically motivated, or has been cynically engineered by Lebara. Across three articles, BuzzFeed also said the following about Lycamobile:

These last two points suggest that BuzzFeed are stretching their scoop as far as they can, linking minor issues to attention-grabbing claims of corruption. I looked at Lycamobile’s financial statements and the opinion given by auditors KPMG, and all I saw was a pretty dull restatement that related to the improvement of accounting practices that were previously sloppy, but not much worse than those found in lots of other companies. Though the auditor’s opinion was qualified, BuzzFeed failed to mention that the qualification was limited to the comparative information for the previous year, not to any of the numbers in the year that KPMG was actually auditing. By taking selective quotes from the financial statements, and providing no context to a lay audience, BuzzFeed made the accounting issues sound much worse than they really were.

In conclusion, BuzzFeed’s story throws a lot of mud at Lycamobile. Some of it may stick. Clearly there are aspects of Lycamobile’s business that could be improved, such as the security surrounding the handling of cash. However, the real message for telco risk managers is that reputations can be damaged just by the perception of wrongdoing. Carrying cash in a rucksack lends itself to criminal accusations, even if no law is being broken. Competitors and journalists may have their own reasons to push a damaging narrative. Proper controls over cash are important, and so is an awareness of how avoidable mistakes could leave the company’s public image open to manipulation.