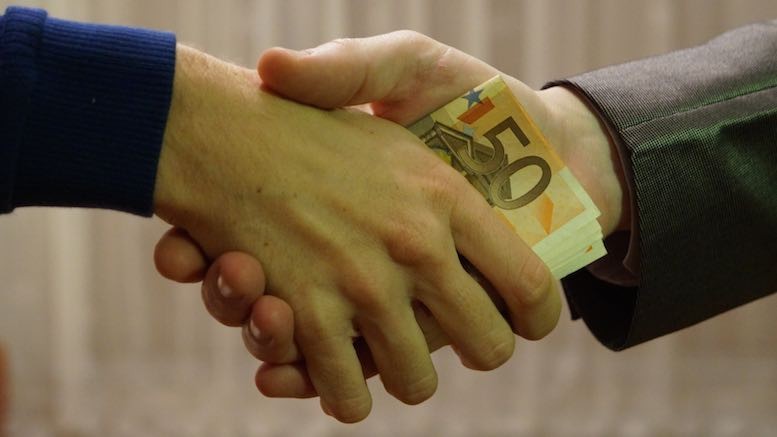 French police have reportedly raided the Paris offices of international telecoms group Lycamobile and made 19 arrests, including Alain Jochimek, Lycamobile’s Directeur Général for France. Jochimek appeared in a Paris criminal court on Friday, and was one of nine people charged with a variety of offences including money laundering and sales tax fraud. The charges relate to transactions worth EUR17mn (USD19mn) but French investigators are examining EUR75mn (USD85mn) of payments that they consider suspicious.

The story was broken by BuzzFeed (see here, in French). BuzzFeed has been investigating Lycamobile for a long time, having previously reported on the unorthodox handling of large amounts of cash by the company’s London offices.

Lycamobile runs a cash-rich business that sells large volumes of prepaid calling cards to immigrant workers. During their raid, the French police seized bundles of cash worth EUR130,000 (USD150,000) and a further EUR850,000 (USD965,000) from corporate bank accounts. They have also frozen all of Lycamobile’s French bank accounts.

BuzzFeed checked the details of 19 companies said to have paid millions into the French accounts of Lycamobile. They found that the addresses of 18 of them were empty offices, abandoned buildings or Post Office boxes. It was not possible to buy Lycamobile products from any of those locations. Another red flag was that the businesses had not paid any Value Added Tax. One suspicion is that these companies were used to funnel income from black market sales of Lycamobile calling cards. The managers of several of these companies were amongst those charged.

Last month the Guardian reported that the complex and opaque structure of Lycamobile’s offshore and holding companies was making life difficult for their financial auditors, KPMG. The auditors gave only a qualified opinion on Lycamobile’s accounts, which means they were unable to obtain the information necessary to reach a satisfactory audit conclusion. Amongst the problems identified by KPMG was GBP134mn (USD196mn) owed to Lycamobile by related companies “for which the audit evidence available to us was limited because of the complex nature of the related party structure the company operates within.”

Buzzfeed’s investigation of Lycamobile France identified many warning signs that should be obvious to competent anti-fraud and tax investigators. For example, Lycamobile was selling millions of Euros of airtime to new businesses with no track record in telecoms. Many of them disappeared within a couple of years of formation. During the period they were active, some of these businesses purchased more airtime than big French retail chains that had been reselling Lycamobile products across hundreds of stores for many years.

For advice on the risk indicators that highlight a dodgy trading partner, you should read Dave Morrow’s new Missing Trader Intra-Community (MTIC) VAT Fraud guide. Dave’s checklists include some of the same warning signs identified by BuzzFeed during their Lycamobile investigation.

If Lycamobile has abetted tax fraud and money laundering on this scale then their chief fraud manager deserves to be sacked and should never be employed in a similar role again. Telcos are not just victims to fraud; criminal activities often involve the collusion of the telco’s own management and staff. BuzzFeed gathered evidence of suspicious activity that is very straightforward; it is difficult to countenance how a competent fraud manager could ignore the implications. It is obvious that serious questions need to be addressed if new partners suddenly purchase vast amounts of airtime, then disappear soon after. Fraud managers need to be the vanguard when it comes to exercising control over partners like these, and any professional who is blocked from doing their job should stand down to protect their individual reputation. For the good of the rest of the telecoms industry, shoddy practitioners need to be driven from our ranks.

Some will be upset by this story, but I welcome it. We all know there are corrupt telcos around the world that break the law, cheat taxes, and rip off other telcos. Fraud could not happen on the scale it does without significant investment, and some of it comes from businesses that outwardly appear to be genuine telcos. Honest fraud and risk managers need to work together to imprison the crooks, whoever employs them. When a fraud manager turns a blind eye to criminal activities like these, whether they did it intentionally or through negligence, they deserve to be excluded from our profession.