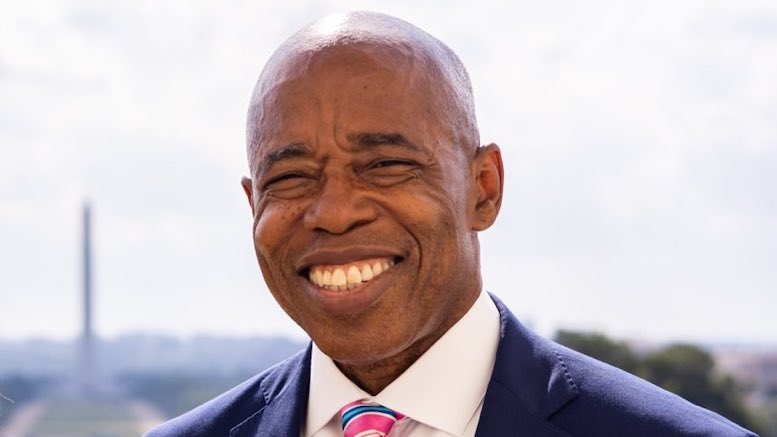 The new Mayor of New York City, Eric Adams (pictured) wants to attract cryptocurrency businesses and is willing to set an example by receiving three months of pay in Bitcoins.

In New York we always go big, so I’m going to take my first THREE paychecks in Bitcoin when I become mayor. NYC is going to be the center of the cryptocurrency industry and other fast-growing, innovative industries! Just wait!

Adams was responding to Mayor Francis Suarez of Miami, who offered to become the first US politician to be paid in Bitcoin.

I’m going to take my next paycheck 100% in bitcoin…problem solved! @Sarasti can you help? https://t.co/v4YdPZ0tYc

However, neither Mayor can claim to be the leading political champion of Bitcoin within the Americas. That title goes to President Nayib Bukele of El Salvador, who this year overcame all the objections to making Bitcoin legal tender within his country.

Many remain skeptical about cryptocurrencies. It is reasonable to observe that there is a big difference between buying currency as an investment and using it to purchase goods and services. The valuation of cryptocurrencies has been driven by speculation so far, and very few people use Bitcoin for trade, even though it is easily the largest cryptocurrency by value. However, any currency can potentially be used for both investment and exchange; forex speculation long predates the invention of digital currencies.

Cryptocurrencies are inherently networked, so mass adoption promises minimal transaction fees especially when transferring money across borders. Opponents of cryptocurrency focus on the desire of criminals to hide their identities, but the use of a public ledger also makes some kinds of error, dispute and crime impossible. The rate of adoption will be greatly encouraged if more governments follow the example of El Salvador by accepting cryptocurrency for payment of taxes. Cryptocurrency use will further accelerate if workers start to receive it as pay. Mayor Adams and Mayor Suarez are engaging in political theater by promising to be paid in Bitcoin for short periods, but they are signaling their willingness to see cryptocurrency move from the margins to the mainstream.