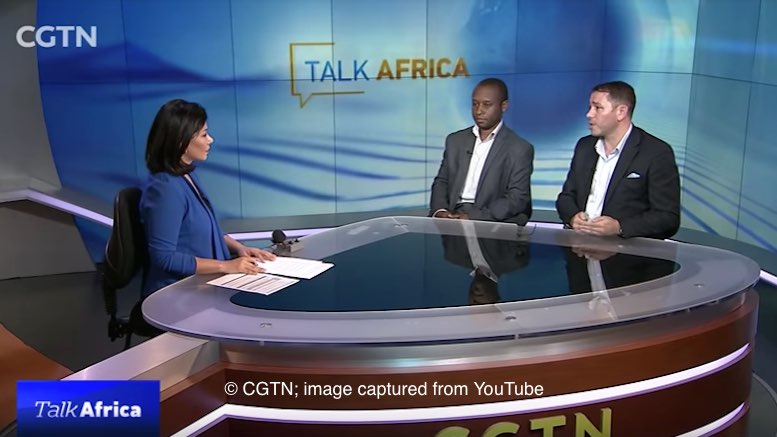 Mobile money is big business and the risks associated with mobile money now receive mainstream news coverage, especially in sub-Saharan Africa. So when the Risk & Assurance Group (RAG) descended upon Kenya, with mobile money featuring prominently on the agenda of the RAG Nairobi conference, locally-based television producers took an immediate interest. Commsrisk authors and RAG conspirators Joseph Nderitu and Rob Chapman bravely agreed to a television interview about the risks for consumers, and what operators are doing to mitigate them.

Here is the half-hour show that Rob and Joseph recorded for Talk Africa, a regular current affairs program recorded in Nairobi for the China Global Television Network (CGTN). Host Liu Feifei asked some tough questions, and was clearly peeved about an occasion when she paid for a taxi just as her telcos’ mobile money service was interrupted. However, the guys did a great job of promoting the good work done by our industry, without playing down the challenge posed by fraudsters. They needed to do well, because the show has been seen far and wide. In addition to all the viewers of the scheduled broadcasts during September, this recently released YouTube video has been watched over 1,000 times. Take a look for yourself!