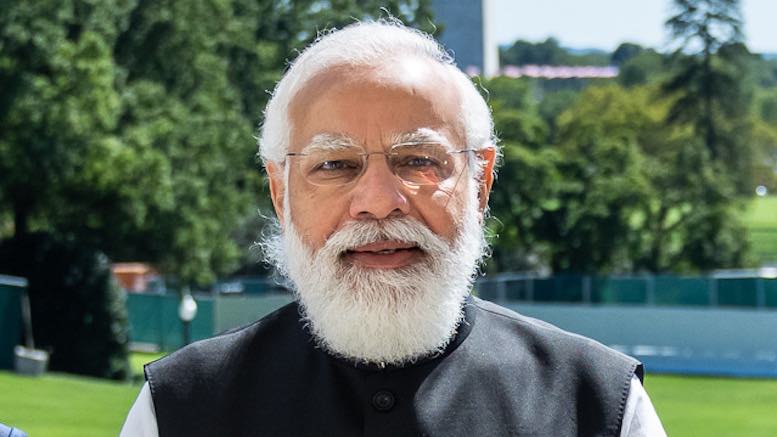 India Prime Minister Narendra Modi (pictured) has 73.5 million followers on Twitter, which is more than any other active politician. So the news that Modi’s Twitter account was briefly taken over at the beginning of this week caused a lot of kerfuffle, but may not have influenced anything in practice. The hackers were obviously trying to boost the value of Bitcoin by falsely stating that India would treat the cryptocurrency as legal tender. 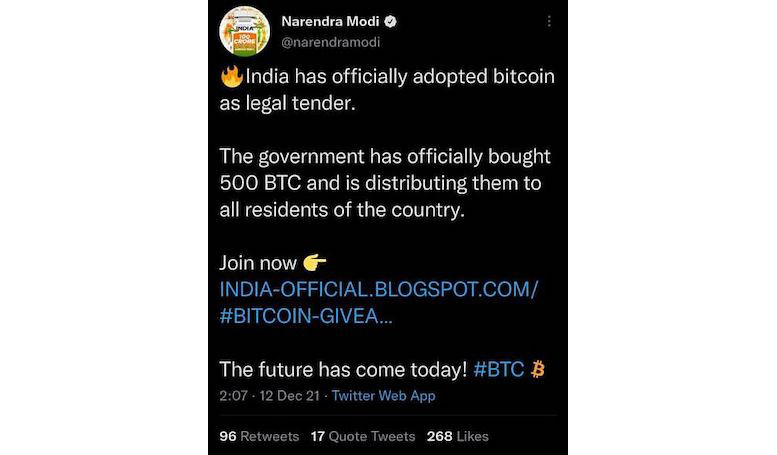 The value of Bitcoin has since fallen by around 6 percent – though Bitcoin is so volatile that this figure could easily be made irrelevant by changes between the time of writing and the time you read this! The bogus tweet was deleted from Modi’s account within an hour but it seems unlikely that anyone rushed to buy more Bitcoins as a consequence of reading it. Far more concern has been expressed about the fact that Modi’s account could be compromised than the content of the message created by the hackers, who remain unknown.

One inference to draw is that prominent abuses of the social media accounts of very famous people will provoke so much news coverage that there will hardly be any time for anyone to be misled. Cryptocurrencies are notoriously volatile because people seem to be prepared to make instant decisions to buy or sell based on the insubstantial gossip being spread that day, but this fake announcement about the world’s second largest country by population did not shift the value of Bitcoin in any measurable way.

The future of misinformation will more likely reside in rumors that are spread less obviously. Instead of telling a blatant lie to millions of people, it is more effective to spread half-truths via platforms that are not so publicly visible. Conspiracy theories about 5G causing COVID-19 were most effectively circulated by groups on WhatsApp whilst platforms like Facebook and Twitter have been zealous in censoring misinformation about the disease. The stories linking 5G to COVID-19 often contained some genuine facts that were mixed with literal nonsense by people claiming a degree of expertise (like a nurse, a radio engineer or a weapons expert) but who otherwise lacked a substantial public profile. These stories then get repeated by others, creating the impression that many have realized the ‘truth’ when the correct conclusion is that many bad actors have jumped on to the same bandwagon just to boost the level of attention they receive.

It is disappointing that either Modi’s staff or Twitter failed to adequately secure the Prime Minister’s account. Everybody in the public eye should be held responsible for controlling access to the communications channels they use. However, we should not be distracted from the real challenge for tackling disinformation, which revolves around identifying and responding to lies that reach many people but trigger no alarms because they remain below a viable threshold for monitoring. It would not be good to live in a society that checks every stupid thing that people may say to each other in private, but the boundaries between mass communication and interpersonal communication have become hopelessly blurred. Finding ways to tackle dangerous lies without infringing personal freedom will be a challenge for many years to come.