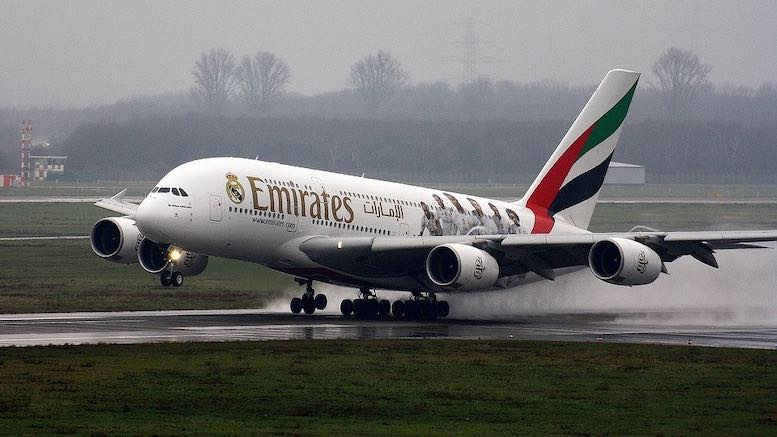 Two weeks ago, US President Joe Biden congratulated his government and everyone else for ‘tireless work’ that meant the rollout of 5G in the C-band spectrum would only needed to be delayed by another two weeks to ensure the safety of planes. Those two weeks have passed, and Biden has once again thanked everyone… for accepting yet more delays to the deployment of 5G near airports. He said the US government has been working ‘non-stop’ to find a compromise that will allow AT&T and Verizon to deliver 5G services around airports without risking disruption to flights whenever planes need to land in bad weather and must rely on radio-based altimeters.

I want to thank Verizon and AT&T for agreeing to delay 5G deployment around key airports and to continue working with the Department of Transportation on safe 5G deployment at this limited set of locations. This agreement will avoid potentially devastating disruptions to passenger travel, cargo operations, and our economic recovery, while allowing more than 90 percent of wireless tower deployment to occur as scheduled. This agreement protects flight safety and allows aviation operations to continue without significant disruption and will bring more high-speed internet options to millions of Americans. Expanding 5G and promoting competition in internet service are critical priorities of mine, and tomorrow will be a massive step in the right direction. My team has been engaging non-stop with the wireless carriers, airlines, and aviation equipment manufacturers to chart a path forward for 5G deployment and aviation to safely co exist – and, at my direction, they will continue to do so until we close the remaining gap and reach a permanent, workable solution around these key airports.

Note Biden’s use of the words ‘as scheduled’ even though this latest delay comes after AT&T and Verizon voluntarily halted their national rollout on December 5 because of the same concerns about aviation safety. No postponements would have been necessary if US government agencies had worked together to address safety concerns in a timely fashion. The auction of the C-band spectrum was completed in February 2020, but almost a year has passed without resolving a technical safety issue that was known about before the auction occurred. Instead of diligently working on finding a compromise, there has been an effective war between the Federal Aviation Authority (FAA), who threatened to divert flights during bad weather if 5G masts were erected as originally planned, and the telecoms and radio spectrum agencies who managed the sale of the spectrum. The latter played down the risk to aviation for many months and have only recently acceded to demands for proper negotiation about how to mitigate interference around airports.

Some quarters of the US press have simply parroted Biden’s spin about this embarrassing mess, but the extent of the global humiliation became clear when a series of major international airlines including Air India, Japan Airlines and Emirates chose to cancel flights to the USA because of their safety concerns. Tim Clark, President of Emirates, blasted the US over its administrative failures during an interview with CNN.

We were not aware that the power of the antennas in the United States had been doubled compared to what’s going on elsewhere. We were not aware that the antennae themselves had been put into a vertical position rather than a side-slanting position, so, on that basis, we took that decision late last night to suspend all our services until we had clarity.

Clark was then asked what he thought of the way the rollout of 5G has been handled in the USA given that 5G services are already safely available in and around European airports also served by his airline.

This is one of the most delinquent, utterly irresponsible issues… I’ve seen in my aviation career.

The problems in the USA stem from selling C-band spectrum to AT&T and Verizon that is closer to the spectrum used for radio altimeters than the spectrum that European telcos use for 5G. Even so, France established clear rules for how to mitigate safety concerns by setting limits on the height and power of 5G radio masts as well as requiring them to be tilted away from flight paths. It is hard to understand why the US could not have learned from France’s example, especially as both AT&T and Verizon cited the French approach as a model for how to reach agreement on the safe deployment of 5G. Neither telco is hiding their frustration over this costly farrago. Verizon issued a statement about the rollout of 5G elsewhere in the country that caustically remarked:

As the nation’s leading wireless provider, we have voluntarily decided to limit our 5G network around airports. The Federal Aviation Administration (FAA) and our nation’s airlines have not been able to fully resolve navigating 5G around airports, despite it being safe and fully operational in more than 40 other countries.

AT&T spokesperson Megan Ketterer provided a statement to CNN that was even more critical.

We are frustrated by the FAA’s inability to do what nearly 40 countries have done, which is to safely deploy 5G technology without disrupting aviation services, and we urge it do so in a timely manner.

Whilst US telcos are upset with the FAA, the reputation of Federal Communications Commission (FCC) Chair Jessica Rosenworcel has taken a beating because of this debacle. The five Commissioners at the FCC, which includes the Chair, are all affiliated to political parties, with three of the five appointments allocated to the party in power. Biden chose Rosenworcel to lead the FCC after she served as one of two Democrat Commissioners during Trump’s Presidency. When Rosenworcel was in the minority she effectively campaigned for the job of FCC Chair by routinely chastising the Republicans for being slow to drive technological change and improve services for consumers. Now she has presided over the auction of 5G spectrum that was meant to accelerate the rollout of advanced communications services but did nothing to engage with the FAA over 5G safety until it was too late to avoid delays. Rosenworcel followed Biden’s statement with just a few curt comments that show how much she is trying to shift the blame to the FAA.

The FAA has a process in place to assess altimeter performance in the 5G environment and resolve any remaining concerns. It is essential that the FAA now complete this process with both care and speed.

Tremendous damage has been done to the reputation of the USA at a time when they were trying to reassert leadership over several key developments within the sphere of electronic communications. US security interests depend on persuading other countries that Chinese 5G network suppliers cannot be trusted and that Open RAN will open up a market that has steadily become dominated by just a few manufacturers. The reduction of nuisance robocalls is one of the top concerns for US consumers and hence for US politicians, but the FCC will need the cooperation of foreign telcos if more calls are to be automatically blocked before they reach US phones. US businesses are amongst the leaders of a new space race that promises to deliver an armada of satellites that will revolutionize internet connectivity in rural areas but this could be jeopardized unless foreign powers agree not to interfere with the growing number of satellites in orbit. Whether the USA realizes its strategic objectives for electronic communications will largely depend on perceptions about the quality of the technological and political leadership it offers. Canceled flights and continued delays to the rollout of 5G send the worst possible signal about US competence in both of these domains.