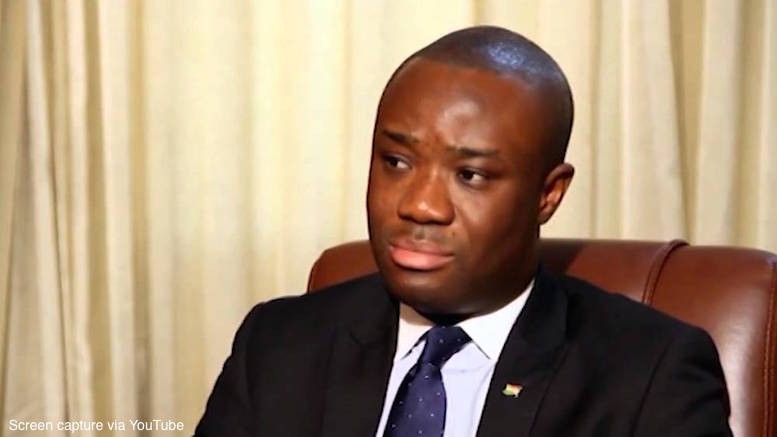 Just when you thought Ghana had finished arguing about how to audit the revenues of its telcos, another row explodes in public. Now Ghanaweb reports that Ghana’s comms regulator, the National Communications Authority (NCA), has been accused of rigging the process that awarded its national interconnect clearing house (ICH) contract to Afriwave. The deal means Afriwave will operate a new monopoly clearing house for all Ghana’s interconnect traffic. Afriwave will use this platform to assure revenues from international traffic and test for simbox fraud.

Now African think tank IMANI claims to have seen internal NCA documents that prove the selection process was deliberately manipulated to select Afriwave ahead of rival bidders for the ICH project. They describe in detail the scoring system used by the NCA’s 8-person Applications Evaluation Panel (AEP). This is how IMANI described the flaws in the scoring method:

The Panel manipulated its own scoring scheme to ensure that Afriwave came on top, regardless of the actual results, and they did so with a brazenness that is almost farcical.

According to IMANI, Subah Infosolutions would have won the ICH project if the scores had been calculated correctly. Regular Commsrisk readers will remember that Subah currently performs Ghana’s national revenue assurance audits, having been engaged for the task by Ghana’s tax authorities. Subah’s contract ends in May, after there was an unseemly public squabble between Ghana’s regulators over who has the authority to audit telco revenues and which business will do anti-fraud testing. Afriwave will take over responsibility for the audits, as part of its ICH contract.

IMANI also lambasts for the selection panel for other failings.

However, journalist Samuel Dowuona reports that the documents seen by IMANI may have been falsified.

Now it is fast emerging that IMANI may have been misled by whoever they got that document from… six of the AEP members were at a press conference, where one of them read out exactly what they submitted to the NCA via email and in Excel format. In that report, they scored 39.5 points out of 40 for Afriwave under the Technical section, and recommend that Afriwave should be awarded the license. The AEP’s report named none other than Afriwave as the winner of the license. And so even if the NCA changed figures after the AEP submitted their report, the result from the independent AEP was that Afriwave won fair and square.

The AEP members indeed pointed out that they were never given hard copies of the signed Word document because they signed a non-disclosure agreement (NDA), so it was “impossible” for any of them to have given out the document that IMANI Ghana is brandishing around as the one which formed the basis of the award of the license to Afriwave. That casts a gargantuan doubt on whether IMANI indeed got their document from a panel member.

NCA has also published the full report, which showed that indeed, at some stage there were errors after the transposition of figures from the Excel sheets to the Word Document, but those errors were completely different from what is contained in the document IMANI holds. Indeed the NCA document shows the errors were rather in Subah’s column and they were corrected.

Dowuona goes on to suggest that Subah created the bogus documents. He linked his doubts about Subah to a “suspicious” press story where Subah received credit for busting simbox criminals the day after they were told their national RA contract would not be renewed. Dowuona concludes the IMANI revelations…

…[look] more like part of a carefully planned strategy to deny a legitimate licensee in favor of a sore loser.

Deputy Minister for Communications Felix Ofosu Kwakye (pictured above) responded publicly to IMANI’s claims, appearing on the News File television show to defend the NCA’s selection process. On the show he said the documents in IMANI’s possession were fake. However, AllAfrica reports the minister also endured some criticism for brandishing unreliable documents…

Last Saturday, on Accra-based Joy FM’s News File show, the person of the Deputy Minister for Communications, Felix Ofosu Kwakye, was a re-definition of embarrassment and mockery, after it was established by panel member, Dr. Matthew Opoku Prempeh, that a document he claimed was authentic and which had given him the guts to make nonsense of the one made public by Policy think tank, Imani, had not been signed.

The arguments are far from over. Political opponents of the ICH are trying to block its implementation by arguing it is unconstitutional. Meanwhile, the government has proposed a new law that would justify the imposition of an ICH. At the same time, businesses like Subah have been promoting Ghana’s national revenue assurance programs in other African countries, saying they would profit by emulating it. Other countries should copy Ghana’s stance on national revenue assurance audits if they want lots of legal wrangling, public confusion and the reputation damage that follows corruption, whether alleged or real. Wiser governments might prefer a different approach.