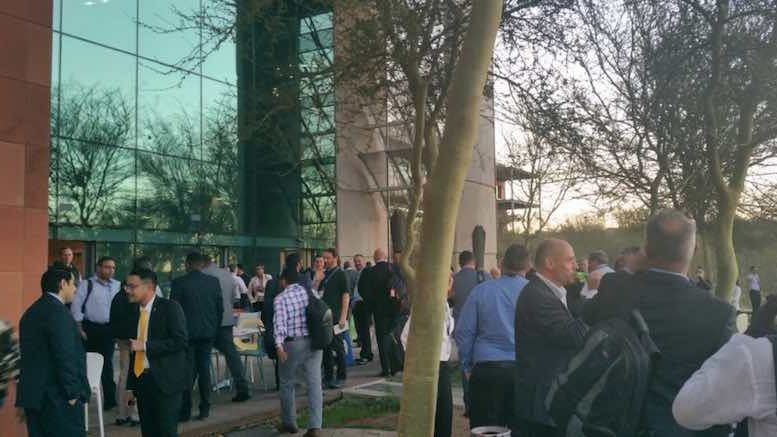 I have been privileged to work for three telcos which dominate the Africa landscape, each in its own right.

I have not had the pleasure of working for MTN, yet another African giant in the telco space. When RAG came to Africa this September, I had my first taste of MTN. RAG came to Africa courtesy of Tony Sani and his team. Tony travelled to a previous RAG meeting in Europe and saw the level of collaboration that was being achieved through RAG. He returned to Africa keen to make RAG happen for Africa and together with his team, they did it. The hospitality in Johannesburg was excellent, the conference logistics were flawless and the opportunities to exchange ideas were in abundance. You may get a sense of that from the photograph above, which shows the hundred-plus attendees enjoying the braai that MTN arranged for them on the first evening of the conference. In summary, MTN did everything in their power to make this conference a success.

Why do I point out the work that Tony and his MTN team have done in bringing RAG to Africa? They understood one fundamental truth. We may work for competing companies but as folks working in the assurance space, MTN has shown that it welcomes us all with open arms, because it is the right thing to do.

We remain competitors and we must compete. Let us compete for market share. Let us see who can offer the best service. Let us see who can innovate the best. However, when it comes to ensuring that we manage our risks, MTN has shown that as a company, it sees the big picture. They rightly operate from the perspective that the enormous task of risk management and assurance is too great for us to lock ourselves up in our offices and peer at each other through the blinds. There is a better way and that way is collaboration. The RAG conference was a complete departure from the many conferences which dot the African landscape and in which delegates are charged yet the sessions are nothing more than a venue for vendors to make their product pitches. Delegates only needed to meet their travel and accommodation expenses.

So, yes, if I should find myself driving past MTN offices anywhere in the world, I will raise an imaginary toast to Tony Sani and his team. They took a critical first step. And I will be reminded that we all need to take a second step.