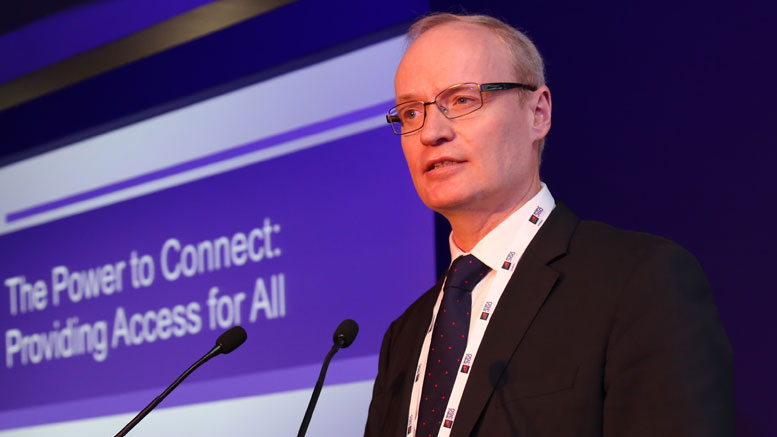 Analytics and assurance business Mobileum, formerly known as Roamware, have used the financial firepower provided by their private equity backers to secure a string of acquisitions. In the last few weeks they have announced the purchase of:

The price of the acquisitions was not disclosed. Niometrics has a workforce of approximately 100 employees whilst Developing Solutions and Convene Networks both appear to be smaller businesses. It is unclear if these acquisitions will have a significant impact on Mobileum’s overall revenues, but the deals reflect their desire to have the most comprehensive portfolio of products and services relating to telecoms network analytics, testing and security.

Mobileum also used the occasion of Mobile World Congress to obtain publicity for two new initiatives in cooperation with the GSMA.

GSMA CTO Alex Sinclair (pictured) effectively linked the latter initiative to the GSMA’s aspiration to manage digital certificates that will authenticate international voice calls on behalf of the US government.

The US Federal Communications Commission recently said that fraudulent robocall schemes cost Americans approximately $10 billion annually, with most perpetrators operating overseas. It’s a challenge faced by citizens globally, which is why we’re calling on telecom operators – mobile, fixed-line, internet-based and wholesalers – to share their insights and experience so we can together locate and mitigate these sources of fraudulent activity.

As usual, no explanation was given why subscribers in other countries would be motivated to pay more for their phone services just to assist the re-election prospects of politicians in the USA. I would also be keen to learn how the GSMA, which depends heavily on revenues from Chinese businesses, intends to facilitate the exchange of intelligence between US telcos and all those Chinese telcos currently being hounded out of the USA.

Details about both the Mobileum-GSMA initiatives were scanty, especially when it comes to how much telcos will be required to pay for the new services. The GSMA is starved of cash because of the impact the pandemic has had on Mobile World Congress, which is their main source of income. It is hardly surprising that the GSMA are looking at new ways to generate revenue, and want to form seemingly exclusive relationships with businesses like Mobileum. However, both these initiatives look like an attempt to use network effects to generate global monopolies. The plan involves persuading current GSMA members to effectively pay for permission to exchange data with other telcos when the only real challenge is getting multiple telcos to agree a common approach. A slice of these fees will be paid to Mobileum in perpetuity, which will be attractive to their investors, but may caused some raised eyebrows amongst telcos presented with the bill. The technology for securely exchanging information is now incredibly cheap, leading to legitimate questions about the projected margins that the GSMA and Mobileum intend to levy from telcos in the long run. Many businesses were glad to have an excuse to stay away from Mobile World Congress because of the feeling that the GSMA goes too far in squeezing money from participants, so both telcos and Mobileum’s rivals will be wary of their assuming a similar stranglehold on other aspects of this global industry.