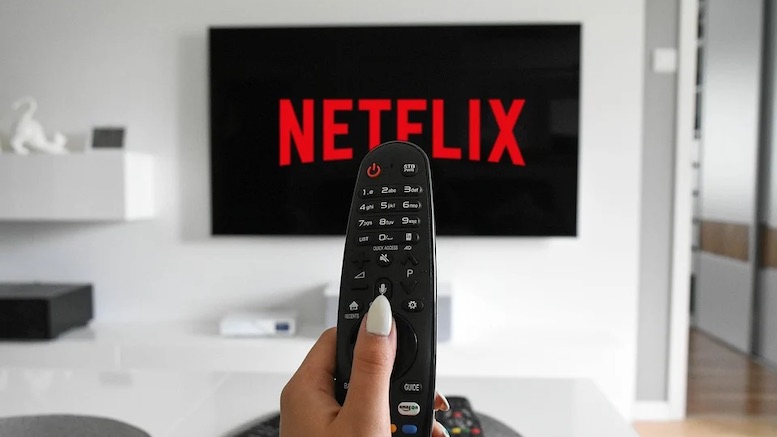 The executive team at Netflix have promised to reduce the unauthorized sharing of account passwords in response to missing their growth targets during recent months. Netflix boss Reed Hastings said during the company’s first quarter earnings review:

…the lower acquisition [of customers] forced us to tease apart what’s really going on… we realized, you know, with all of the account sharing – which we’ve always had, that’s not a new thing – but when you add that up together we’re getting pretty high market penetration and that combined with the competition is really, you know, what we think is driving the lower acquisition, the lower growth. So… we’re working on how to monetize sharing. You know, we’ve been thinking about that for a couple of years but, you know, when we were growing fast it wasn’t the high priority to work on, and now we’re working super hard on it and, you know, remember these are over 100 million households that are already choosing to view Netflix. They love the service, we just gotta get paid, you know, to some degree from them.

Viewer penetration is made up of two groups. One is a group that’s paying us, which is great, and then there’s a group of viewers that are not paying us and they’re sharing somebody else’s account credentials, and we really see that second group as a tremendous opportunity because they’re clearly well-qualified – they have everything they need to get to Netflix, they know what the service is, they’ve found titles that they want to watch – and now our job is to better translate that viewing and the value that those consumers are getting into revenue, and the principle way we’ve got of going after that is asking our members to pay a bit more to share the service with folks outside their home. So, if you’ve got a sister, let’s say, that’s living in a different city, you want to share Netflix with her, that’s great, we’re not trying to shut down that sharing, but we’re going to ask you to pay a bit more to be able to share with her so she gets the benefit and the value of the service but we also get the revenue associated with that viewing.

Netflix suffered a net fall of 200,000 subscribers during the first quarter. This contraction can be blamed on the company deciding to stop providing services to 700,000 Russian customers in response to the war in Ukraine. However, underlying growth was well below forecasts even when allowing for the loss of the Russian subscriber base. If Netflix’s estimates are accurate, then the 100 million households that are currently getting free access by using another household’s password represent a significant opportunity for revenue growth.

The share price for Netflix has been in decline since late 2021 but fell sharply following this week’s announcement of poor quarterly results. The company has lost almost a third of its value compared to its market cap prior to the quarterly announcement on Wednesday.

In 2017 Netflix was so keen to have people try its service that they openly tweeted that “love is sharing a password”. Recently Commsrisk reported on the new Netflix policies in Chile, Costa Rica and Peru that ask customers to pay for ‘sub-accounts’ when there is evidence their service is also being used by another household. These countries were obviously selected so Netflix could learn about the extent of any backlash to their methods before trying them in their most lucrative market, the USA. When Peters was asked about the prospects of applying the same approach in the US, he said the plan was to actually roll out the techniques globally.

First, it’s important to note that we’re trying to find a balanced approach here… That’s why we’ve deployed the tests that we have. Frankly, we’ve been working on this for about, almost two years… A little over a year ago we started doing some light test launches which informed our thinking and helped us build the mechanisms that we’re deploying now. We just did the first big country tests but it will take a while to work this out and to get that balance right, and so, just to set your expectations, my belief is that we’re going to go through a year or so of iterating and then deploying all of that so that we can get that solution globally launched, including markets like the United States.

Netflix’s executive team maintained an air of studied vagueness about how exactly the sub-accounts will work and how much additional revenue they will generate, though their clarifications indicated they will not reveal how much sub-account users are diluting revenues by effectively obtaining a cheaper service than nominal subscribers. Instead of reporting sub-account households as additional subscribers, the revenues generated from sub-accounts will be totaled as additional revenue from the main account holder, thus boosting apparent revenue per user. Netflix will want to avoid giving savvy consumers the information they need to simply game the new pricing system. A group of households could potentially lower the cost of Netflix for each of them by equally dividing the price of one nominal subscription that then has the largest possible number of cheaper sub-accounts associated with it.

The management team at Netflix have good reason to be vague. They may discover that a more perfect market for video streaming is also a smaller market in terms of total revenues. One great feature of the internet is that it tends to reduce consumer costs by making markets much more perfect than they ever were before, whether the market is for insurance, light bulbs or music. This is because customers can compare prices and they find it easier to switch suppliers. All the talk of ‘balance’ shows Netflix has learned from mistakes made by the music industry, which tried so hard to crush the piracy of its content but was unable to prevent a steep overall fall in revenues, driven not just by unlawful activity but also by new forms of competition made possible by the internet.

Netflix has ridden the crest of a wave with their novel way of delivering video entertainment but now faces increasingly intense competition from a wide variety of rivals including Amazon Prime, Disney+, Tencent Video, iQIYI, HBO Max, YouTube Premium and Apple TV+. The last of these has just 20 million subscribers worldwide, which is less than a tenth of the subscriber base for Netflix, despite Apple paying for A-list Hollywood talent to make exclusive new shows and films, and also giving free one-year trial subscriptions to Apple TV+ to anyone buying eligible Apple phones and computers. Apple are playing catch up with streaming TV, despite being pioneers of digital entertainment through iTunes and the online supply of music. Apple’s experience is illustrative because they greatly diversified their revenues by selling music, but were also accused of killing the music industry because total consumer expenditure on music fell sharply. Even so, consumers are now as likely to listen to music through Spotify or another streaming service, further illustrating the colossal correction in what markets now think as a ‘normal’ or ‘expensive’ price to pay for recorded music entertainment.

Those who have followed Netflix know that I’ve been against the complexity of advertising, and a big fan of the simplicity of subscription. But, as much as I’m a fan of that, I’m a bigger fan of consumer choice.

The problem with talking up the prospects of additional revenues from advertising is that it is not clear if these will offset the loss of revenues from existing subscribers. Why pay for a sub-account for your sister who lives in another city when she can watch the same programs by getting the free version of the service? When times are hard and you are struggling to pay the bills, why pay to renew your own Netflix service when you can simply downgrade to the free version instead? There is a danger that Netflix will reap what they have sowed. By previously encouraging millions of people to believe they can obtain streaming video entertainment for free, just by borrowing a password from somebody else, they have set an expectation that will now be hard to reverse. Television could be on the same path as the music industry. The money currently made and spent by Netflix and its rivals might prove to be a big empty bubble, ready to burst as consumers realize they have far more entertainment choice than they need, available at far less than companies like Netflix would like to charge.