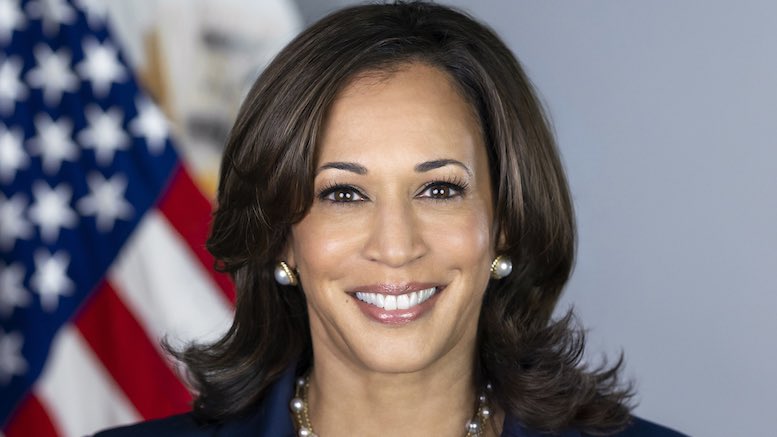 Last week US Vice President Kamala Harris (pictured) gave a big speech about the urgent need for new international laws that would prohibit interference with satellites. This need may be real, but it begs the question about the continued lack of similar rules for undersea cables, even though they convey over 95 percent of international comms traffic. As much as the public likes to imagine satellites are vital to connecting the modern world, most of the burden is carried by fibre optic cables that lay on the sea floor. Submarine cables have provided the main thoroughfare for cross-border communications since the late 19th century, but the owners and users of these cables have very few legal protections from intentional damage and tampering.

Harris was speaking in advance of the first time she chaired the USA’s National Space Council. Her comments were in response to what she described as the “irresponsible act” of Russia using a missile to destroy one of its own satellites during November. In contrast, Russian Defense Minister Sergei Shoigu had been glad to confirm the “razor-sharp precision” of Russian weapons. The two governments clearly disagree about the danger posed by the debris created by the test, which NATO Secretary-General Jens Stoltenberg called a “risk to human life”. Either way, space clearly matters, both financially and because of national security. But if protecting orbiting assets is so important that we must accede to Harris’ demand to “expand rules and norms on safety and security, on transparency and cooperation, to include military, commercial and civil space activity” then why are there so few laws to prohibit tampering with submarine cables that lay outside of territorial waters?

A 2015 paper entitled “Submarine Cables, Cybersecurity and International Law: An Intersectional Analysis” by Tara Davenport of Yale neatly explains why defending undersea cables is so important.

The discussions on cybersecurity in international policy and academic circles have focused primarily on how to protect the information that exists in cyberspace. A glaring omission from this discussion is the security of the physical infrastructure that underpins the virtual cloud of cyberspace, namely the security of the submarine fiber optic network. These submarine communication cables — which are hidden from plain view — form a vast network on the seabed, are often no bigger than a garden hose, and transmit massive amounts of data across oceans.

It is also much easier to subvert submarine cables than satellites.

…submarine cables can also be used as tools in cyber-espionage and intelligence gathering. The recent startling disclosure by Edward Snowden that, for instance, the United States and the United Kingdom have engaged in the “the largest programme [sic] of suspicionless surveillance in human history” by “tapping directly into the Internet backbone,” namely the fiber optic cables, has catapulted this issue to the forefront of global discourse.

Davenport highlights one reason why the US government is less bothered about rules to secure submarine cables: they gain no benefit by outlawing the kinds of surveillance routinely conducted at large scale by US spy agencies. But just because the US government see advantages in treating the sea bed like a watery version of the Wild West that does not mean a lawless environment is good for the rest of us. The laws governing the sea are best captured in the United Nations Convention on the Law of the Sea (UNCLOS), an agreement that was reached in 1982. This includes some protection for undersea cables, but not much, as Davenport points out.

In areas outside of territorial waters… Article 113 of UNCLOS requires States to adopt laws and regulations to provide that the breaking or injury by a ship flying its flag or by a person subject to its jurisdiction of a submarine cable beneath the high seas done willfully or through culpable negligence is a punishable offense. While Article 113 could in principle cover intentional damage to the cable network, it has several limitations that render it ineffective at addressing these threats. First, many States Parties to UNCLOS have not implemented their obligation under Article 113 to extend criminal jurisdiction… The States that have implemented Article 113 are usually implementing their obligations under the 1884 Cable Convention; meaning their legislation has not been updated and the penalties are consequently woefully inadequate. The most common penalty in national legislation for intentional damage to cables is a monetary penalty, which is arguably not commensurate with the damage resulting from intentional interference with cable systems.

Second, jurisdiction under Article 113 is limited to perpetrators who are nationals of that State, or if they use a vessel flying the flag of that State. Given the critical nature of submarine communications cables there is a strong argument that intentional damage is a crime that attracts universal jurisdiction and that all States should have jurisdiction over the offender. At the very least, the State(s) whose communications have been disrupted should have jurisdiction to prosecute as well as the State on whose continental shelf the damaged cable is located.

The contradictions in the approach followed by the US-led coalition of Western powers become even more apparent when we consider their attitude to using force. Stoltenberg has simultaneously pushed forward the creation of new NATO command centers to defend outer space and ocean beds. US President Joe Biden’s administration has sometimes been dismissive of the Space Force military operation that began under Trump, but Harris’s position as chair of the National Space Council is a continuation of Trump’s policies on securing space. The US government is also willing to spend money on securing communications cables, as demonstrated by the creation of a cable security fleet that has national security responsibilities, although the ‘fleet’ only includes two ships so far. The big divergence occurs when it comes to discussing the legal framework. Most satellites and cables are privately owned, but politicians (and former lawyers) like Harris only seem to want to discuss the need for laws that protect objects in space, whilst ignoring the vast portions of this planet that similarly belong to no country.

There are various reasons why US politicians may prefer to focus on ventures in space. They may calculate space generates more interest for voters raised on a steady diet of Star Trek. Space is a dynamic new frontier for valuable US businesses, whilst international commerce has seen the laying of undersea cables gravitate towards ships and businesses owned in the parts of the world that render their services at the lowest cost. A government headed by Barack Obama’s Vice President has no reason to remind voters about the extent to which Obama’s administration oversaw wholesale spying on traffic passed through undersea cables. The current government will even be conscious that satellites offer the potential to disrupt and undermine authoritarian enemies by delivering unfiltered internet access to other countries. But as important and expensive as satellites are, submarine communications cables matter a lot more. Far more business and far more personal communication relies on traffic sent under the sea than through the sky. That is why US spy agencies targeted undersea cables for large-scale surveillance. It is also why laws are needed to protect all ordinary people, and all businesses, from interference by any government.