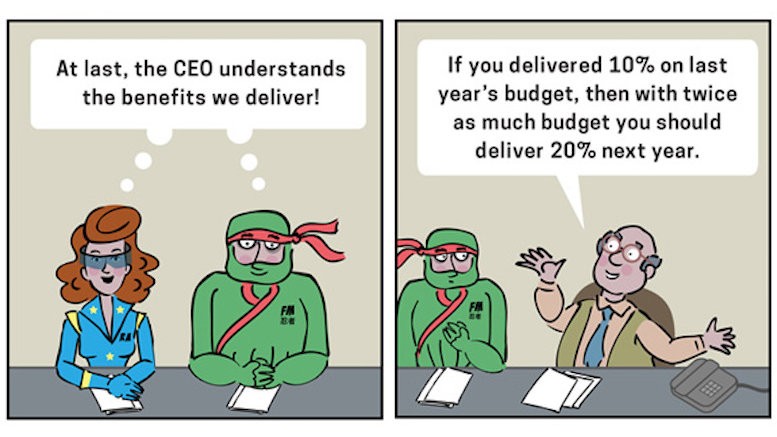 A few weeks ago I told you about a new Dilbert-style cartoon strip featuring the comedy adventures of a fraud management ninja and a revenue assurance superwoman. It seems the cartoons have caught the imagination of people across social media, and there is demand for more. Their publisher, WeDo Technologies, has told me they intend to produce a new strip every two weeks. Future strips will introduce an eclectic range of humorous characters, including an imperious ‘queen’ of corporate risk management and a ruthless Mad Men style marketing executive. WeDo are even thinking of including some cameo appearances by real RAFM practitioners! My guess is that Tony Poulos is in the line up…

WeDo are so pleased with the success of their cartoon characters they have given me permission to reproduce the first strip in full, in exchange for promoting a link to the home page for their comics. 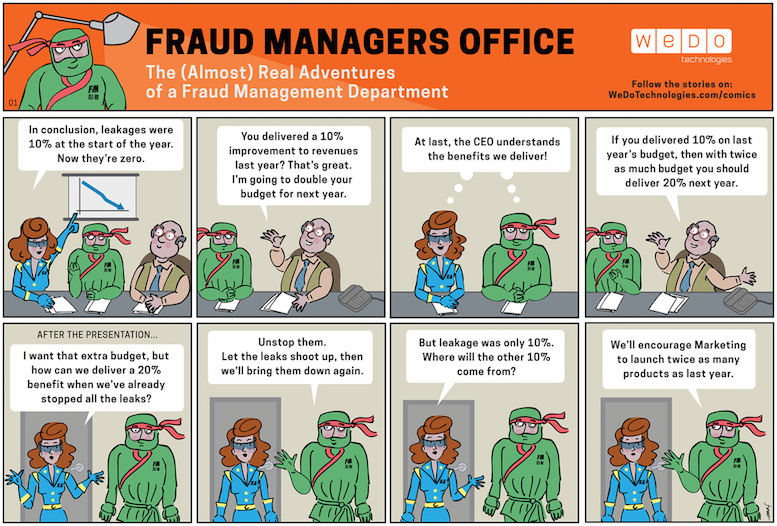 The second comic strip is out already, and features a dubious applicant for a job in the fraud team. Apparently he will get the role, then cause mayhem in future episodes!