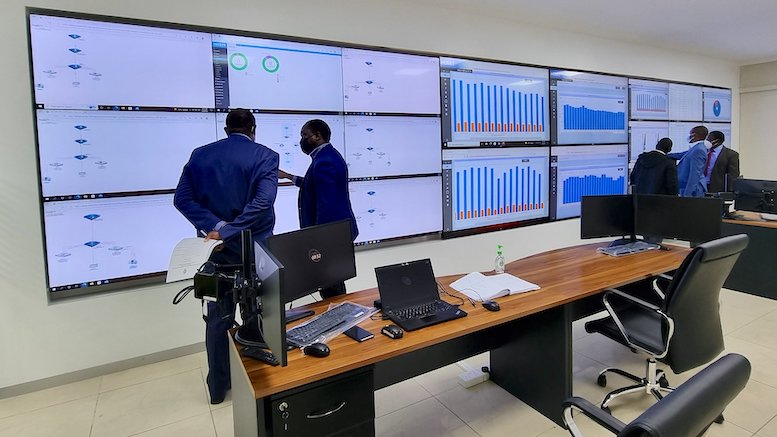 Cybercrime is rampant across all the sectors including the telecommunications sector. The cost of such crimes is deep into six figure digit figures and most of such crimes go unreported. Government is pleased the TTMS system will assist in combating telecommunications or fraud perpetrated traffic refilling and the use of grey routes or illegal gateways in the conveyancing of international traffic. The fraudulent traffic ends up being refilled into public networks through SIM boxes or illegal gateways, prejudicing the operators and the economy of the much needed foreign currency earnings.

The government has said less about the price of the system, which presumably was paid in foreign currency because of the collapsing value of the latest version of the Zimbabwean dollar. The contract was awarded to GVG in late 2020 without allowing potential rivals to compete. The government was in such a hurry to close the deal with GVG that the contract was signed before the regulator’s public consultation about the system requirements had even concluded. This contrasted with the Postal and Telecommunications Regulatory Authority of Zimbabwe (POTRAZ) running a competitive tender process for a national RA system in 2015 that secured 27 rival bids, though government infighting meant none of those businesses was ultimately selected. GVG was not one of the firms that bid in 2015.

GVG’s record as a supplier of national RA systems is receiving more scrutiny from African journalists. Another article from Bulawayo 24 News said GVG “has a vast scandal-ridden footprint across Africa”. They went on to express their doubts about the government’s opaque process for selecting GVG and its refusal to publish the cost of the contract.

The transaction was shady, raising the spectre of corruption and underhand dealings. GVG’s record in other countries is characterised by allegations of corruption, mainly bribery.

It is sad to see Zimbabwe’s government promising to make more money from the termination of international voice traffic when so many savvy Africans have already switched to using over-the-top voice services because of the prohibitive cost of traditional telephony services. Muswere is singing from an old song sheet when he promises the new national RA system will tackle simbox fraud because GVG has switched focus and is aggressively pursuing the right to monitor and charge commission on the execution of mobile money services in other African countries. The potential to do the same in Zimbabwe is obvious; mobile money was being used for over 80 percent of all transactions and over 20 percent of the total value of all transactions by the time the Zimbabwean government started imposing limits on the use of mobile money in June 2020. However, the Zimbabwean government’s war against mobile money providers is a major obstruction for GVG’s preferred roadmap.

Ordinary Zimbabweans eagerly embraced the use of their mobile phones to make everyday purchases in order to escape the penury caused by the government’s flawed economic policies, which includes the printing and minting of far less cash than the country needs in general. The headline statistics clearly demonstrate the impact of mobile money on the lives of poorer Zimbabweans: you cannot execute over 80 percent of all transactions but less than 30 percent of transactions by value if the service is only being used for the most expensive purchases. Mobile money has become the government’s scapegoat for runaway inflation, leading them to severely curb its use. This ironically means GVG will have less reason to monitor mobile money transactions in Zimbabwe. But anyone monitoring GVG’s snake-like progression towards becoming Africa’s dominant provider of traffic and transaction surveillance systems should remain alert to the possibility of a government u-turn where mobile money restrictions are loosened at the same time as GVG is publicly announced to be monitoring those transactions on the government’s behalf.