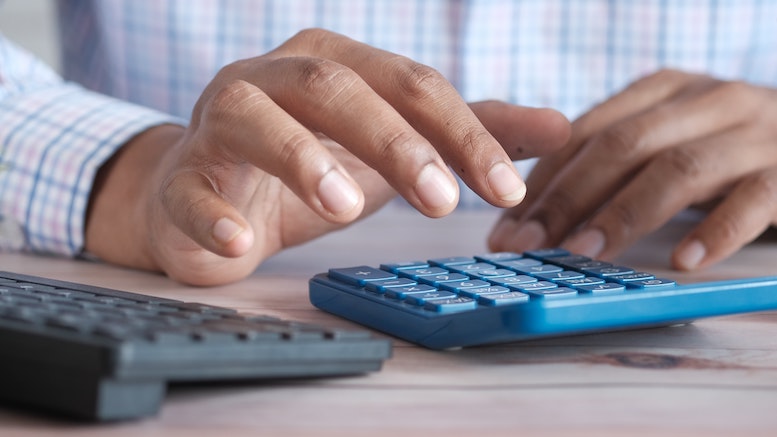 A lot of Commsrisk readers have spent some time doing revenue assurance or data analysis, so here is a maths puzzle for all you lovely number crunchers.

The Nigerian Communications Commission reported that the total gross revenue of all telecoms providers was NGN2,880,660,709,902 (USD6.9bn) in 2020. The Nigerian Government imposes a tax, called an Annual Operating Levy (AOL), worth 2.5% of each network operator’s net revenues. Telcos that do not have a network pay a reduced AOL tax rate of 1% of net revenues. Net revenues are calculated by making various deductions from the telco’s gross revenues. The government says it will implement a new revenue assurance system that will increase the total AOL collected by NGN1,207,016,942,000 (USD2.9bn) during the first 10 years of use.

The increase to AOL predicted for the next 10 years is equivalent to 42% of total gross telco revenues in 2020. So if revenues do not grow over the next 10 years, the government would have to impose a new average AOL tax rate of 6.7% on telcos to collect the amount of tax forecasted as a result of introducing the new revenue assurance system. If the compound annual growth rate is constant, then what is the lowest rate at which gross annual telco revenues must grow during the next 10 years for the Nigerian government to collect all the AOL tax they predicted without increasing the rates for AOL taxes?

The answer is given below. But if you have even a sliver of common sense then you have already calculated that nobody performed even the simplest sanity check before announcing that a revenue assurance system tasked with checking a tax will more than double the value of tax collected without there being any change to the tax rate.

I do not know what to make of this story, despite speaking to telco professionals in Nigeria. There are approximately 415 Nigerian Naira to each US Dollar, and Nigeria is a big country, which is why these figures are so large. However, there is no evidence that anyone made the mistake of adding an extra zero without noticing, except that these figures are absurd. See below for the full text of the official press release from the Infrastructure Concession Regulatory Commission, one of the agencies that belong to Nigeria’s federal government.

Following the review and issuance of compliance certificate of the Full Business Case (FBC) by the Infrastructure Concession Regulatory Commission (ICRC), the Federal Executive Council (FEC) has given approval for the Revenue Assurance Solution (RAS) project through the Design, Finance, Build, Operate and Transfer (DFBOT) Public Private Partnership (PPP) model.

The RAS, designed by the Nigerian Telecommunications Commission (NCC) and the Federal Ministry of Communications and Digital Economy (FMCDE), seeks to improve the collation and collection of Annual Operating Levy (AOL) from network operators.

With the approval by FEC and a requisite vetting by the Federal Ministry of Justice, the next stage will be the commercial close – contract execution, with Messrs 3R Consortium as the Private Partner.

The RAS which is to span a 10-year period, is expected to increase the revenue accruals from AOL to the tune of N1,207,016,942,000:00 (One trillion, two hundred and seven billion, sixteen million, nine hundred and forty two thousand naira only) within the period.

The NCC proactively initiated the process for the deployment of an RAS with the aim of blocking revenue leakages by ensuring that there are no errors in computing and collection of the AOL due to the Federal Government.

“The RAS is expected to block possible gaps in revenue accountability, using cutting-edge technology solutions and shall provide additional layer of assurance that the licensees of the Commission pay the correct Annual Operating Levies and meet other regulatory obligations without any miscalculations and/or exemptions based on faulty and inaccurate data and information”.

“The deployment of the RAS platform will significantly improve the NCC’s current AOL revenue computation and collection system, amongst other benefits’’.

The AOL regulations which came into force via a 2014 gazette by the Federal Government, as an addendum to the NCC Act of 2003, stipulates in part that: “Every Licensee that is a Network Operator shall pay to the Commission an Annual Operating Levy assessed at two and a half percent of the Licensee’s Net Revenue for the relevant period being its Gross Revenue less its Roaming, Interconnect and Bandwidth Costs for the period”.

It further stipulates that: “Every Licensee that is a Non-Network Operator shall pay annually to the Commission an Annual Operating Levy assessed at one percent of the Licensee’s Net Revenue for the relevant period being its Gross Revenue less its Roaming, Interconnect and Bandwidth Costs for the period”.

It is possible that the press release is simply wrong, though multiple Nigerian news agencies quoted it without challenging or verifying any of it. Nevertheless, even a non-Nigerian can spot errors in this press release. It refers to “the Nigerian Telecommunications Commission (NCC)” although the correct name of this regulator is the Nigerian Communications Commission. The press release gives quotes in inverted commas without attributing them to a named speaker. And several journalists refer to the source of this news as “Acting Head of Media and Publicity, Mr. Manji Yarling” when a straightforward check of Manji Yarling’s profile on LinkedIn and Twitter proves that she is a woman.

Nevertheless, the lazy way in which all of these people have reported that a revenue assurance system will deliver an impossible increase in tax collection highlights how little scrutiny these kinds of promises really receive. It has become common for African governments to make an endless stream of promises about all the hospitals, schools and infrastructure programs that will be funded by implementing new revenue assurance systems to check the taxes paid by telcos. The implausibility of the figures announced by Nigeria’s government shows that no effort goes into validating if any of these predictions are realistic.

The answer to the maths puzzle: If all Nigerian telcos qualified for the higher 2.5% AOL tax rate, and if none made any deductions when calculating net revenues, then the compound annual growth rate for Nigerian telcos would still need to be at least 18.3% over the 10 year period. This contrasts with economic forecasts that the Nigerian economy will grow in the range of 2-3% per annum for the foreseeable future.