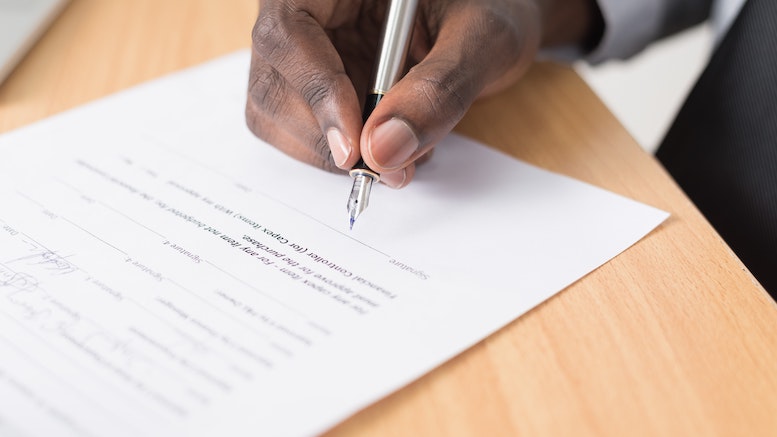 Nigeria is following the well-worn path of other African countries by implementing a centralized national revenue assurance system to reconcile telco taxes with the traffic actually carried by networks. As typical with such deals, the Nigerian government will sign a lengthy 10-year contract with the private sector suppliers of the system whilst arguing costs are irrelevant because they will be dwarfed by an enormous boost to revenues. Even the most optimistic Nigerian should be questioning the absurd forecast for the economic impact of the new national RA system but you might think governments that are too lazy to check their sums should at least know who they are doing business with. Despite a lot of flimflam designed to mislead the public, straightforward research shows the contract has been awarded to a business which is 100 percent owned by a politician who was the source of Nigeria’s law on taxing telcos.

Umar Garba Danbatta, CEO of the Nigerian Communications Commission (NCC), spoke at a recent virtual press junket about his ‘delight’ at partnering with the consortium that will supply the national RA system. He referred to the suppliers by name, 3R Revenue Assurance Solution Limited (3RRAS), after saying 3R Company Nigeria Ltd had ’emerged’ as the preferred bidder as early as 2015, around the time that Danbatta was first appointed NCC CEO. According to the 3RRAS website:

3R Revenue Assurance Solutions is a special (sic) Purpose Vehicle (SPV) created by 3R Company Nigeria Limited and Sponsored by the Federal Ministry of Communications and Digital Economy (FMoCDE) and the Nigeria Communications Commission (NCC) for the purpose of Deploying a Revenue Assurance and Fraud Management Solutions infrastructure that will automate, monitor, track, analyze, reconcile accounts and keep long-term records of all the revenue accruing to the Federal Government of Nigeria in the Nigerian Telecommunications Industry.

And who is 3R Company Nigeria Limited? Their website says:

3R Company Nigeria Limited is a leading provider of analytics solution for Revenue Assurance and Fraud Management, in the global telecommunication industry.

That is not really true. 3R Company Nigeria Limited is not even an active business per the Nigerian Corporate Registry. It was originally registered in January 2008 and its stated purpose was to:

…carry on the business general contractors (sic), general logistics, manufacturers, general merchants, importers, exporters, suppliers, distributors, manufacturer representatives in all kinds of goods, articles substances whether wholly or party manufactured or whether in its raw states, carriers, merchants, warehousemen of all articles, goods, substances, products, commodities, appliances or machinery. To invest in, and to purchase, acquire, hold, develop, work and turn to account any land, buildings, landed property or real estate of any kind whatsoever (including proprietary rights).

Despite the claim that 3R Revenue Assurance Solutions was ‘created’ by 3R Company Nigeria Limited, the Nigerian Corporate Registry says all shares in 3R Revenue Assurance Solutions are personally owned by Raymond Wodi, who is also a shareholder in 3R Company Nigeria Limited. Both firms use the same address for official correspondence, which appears to be a residence of Raymond Wodi.

Raymond Wodi introduced Nigeria’s Communication Service Tax (CST) bill to the National Assembly in 2016. He is a political operator with a history of running campaign organizations and he has connections to leading politicians including the runner-up in the 2019 presidential elections. Wodi showed considerable foresight in somehow becoming the preferred bidder for the revenue assurance of telecoms taxes in 2015, a year before those taxes were passed into law. The law received criticism as being yet another attempt to tax poor Africans by imposing stealth charges on the use of phones. Wodi explained at the time:

At this point in our nation’s economic history, we need to understand the saying, ‘If your mind isn’t open, keep your mouth shut too’. A lot of things have been said that are later revealed as self-centred, myopic and senseless. The bill will not impoverish Nigerians; it will rather result in speedy development of our country… The bill is designed to take a little from the rich and give to unemployed youths, the elderly and the poor… The CST bill is not anti-people; therefore anybody against it is against Nigerian youths and the entire people of Nigeria.

It is not as if 3R Company Nigeria is even subtle about their interest in the CST. The news section on their website contains only two items: a 2022 article about being awarded the RA contract and a 2016 article that begins with the following statement.

3R Company Nigeria Limited (3R) has sent a Bill entitled: A Bill for an Act to provide for the establishment of the Communication Service Tax to the Senate of the Federal Republic of Nigeria.

When asked if he had been paid to propose the new tax on telcos, Wodi insisted:

…no one is paying me to speak in support of the bill.

We are hence supposed to believe it was a coincidence that the individual who forcefully lobbied for the imposition of additional taxes on phone usage also happens to be the sole owner of a ‘consortium’ that claims to be the literal market leader in supplying telecoms RAFM systems globally.

It is quite an accomplishment to gain so much market share considering the Nigerian Corporate Registry says 3R Revenue Assurance Solutions Limited was only registered in August 2021. The explanation for this impressive growth can be found in the list of businesses described as partners.

3R Consortium, is made up of:

Regular readers of Commsrisk will already know that Mobileum is the same as WeDo Technologies and SIGOS, having acquired those businesses in 2019 and 2020 respectively. Mobileum’s involvement as a partner – presumably as the business that will deliver the actual technology – explains the ridiculous claim that 3RRAS is the ‘No.1 leader’ in global revenue assurance. Californian-headquartered IoT business Airlinq has nothing relevant to offer this project but have probably been included because of their links to Mobileum; Bobby Srinivasan, CEO of Mobileum, is also a member of the Airlinq board. The name of Integration Objects is too common to determine which specific company is being referred to, and there are no companies with that name registered in Nigeria. That leaves only Tetramatrix Technologies, which could refer to Teramatrix Technologies Pvt. Ltd., an Indian company acquired by Airlinq in 2017. However, Teramatrix Technologies Pvt. Ltd. is also the name of a Nigerian company that Raymond Wodi formed in 2016 along with other individuals associated with 3R Company Nigeria Limited.

In 2018 it was reported that 3R Company Limited and Teramatrix Technologies PVT Limited were part of a failed bid to deliver an “automated value added tax (VAT) collection project in the Nigerian telecommunications industry”. Nigeria’s Federal Inland Revenue Service (FIRS) requested security clearance for the partners of 3R and Teramatrix but all the other firms were denied access to the sensitive data involved in the project. One business was said to have submitted inconsistent information about the country in which it operated, whilst others were said to have been involved in procurement breaches and money laundering cases. It does not appear that there was any specific security criticisms relating to 3R Company Limited or Teramatrix Technologies PVT Limited.

The complete absence of any real work in this field has not prevented Raymond Wodi from already receiving an award for the quality of his RAFM solutions.

Speaking on why the award was given to 3R Company Nigeria Limited, Dr Bayero Agabi, Founder of Digivation Network, noted that the global company that design, develop, support and promote software applications using integrated, state-of-the-art technology has proven to be the company to watch in the Nigeria ICT ecosystem.

It is difficult to turn away business, but I wonder if Mobileum’s executive team are taking too many risks by partnering with a seemingly empty Nigerian front company that has a record of shopping around for dodgy business partners whilst playing fast and loose with the facts. 3RRAS is clearly not too concerned with being truthful, and they also show little respect for intellectual property. Short of ideas for how to visually represent fraud, their website unashamedly copies a graphic that includes the words ‘Fraud Detect’ even though it was the logo of a trademarked product belonging to First Data Corporation. The logo even includes the registered trademark symbol ® but they chose to copy it anyway!

Nothing frustrates me more than seeing the shameless exploitation of poor people for financial gain. Africans need to stop talking about cleaning up corruption and start scrubbing the scum responsible for it. However, the entire telecoms industry is complicit in the exploitation of Africans through the abuse of revenue assurance. If you speak to the Europeans and North Americans who claim to represent the global industry they will act as if revenue assurance is of no great importance. Meanwhile, Africans are told it is vital that telcos are subjected to routine automated assurance to prevent them cheating on their taxes. They are even told African firms are world leaders in revenue assurance. They are right, in the sense that an extraordinary amount of money is being spent on assuring the revenues of African telcos, and that contracts to perform this assurance work will stretch on for many years to come. But there is no consistency to the logic that government-appointed suppliers of revenue assurance technology are vital for African interests whilst being unnecessary in every other region. Telcos are much the same everywhere. Whatever you may believe about the value of revenue assurance, the contradictions in how it is sold on different continents do not bear any serious scrutiny.