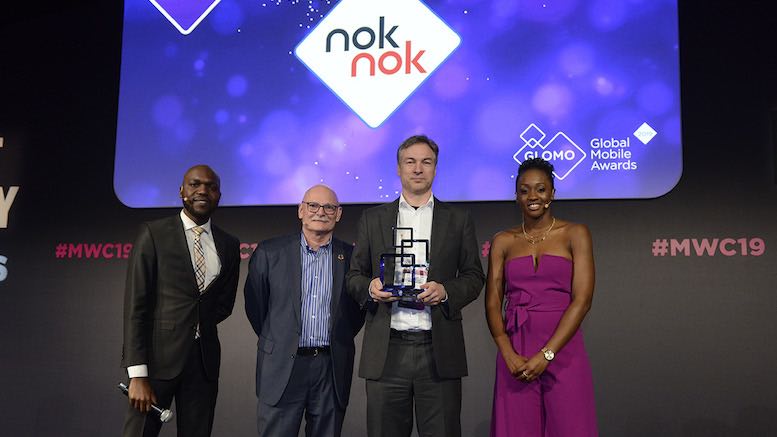 Nok Nok, the US-based firm which provides authentication solutions across industries, has won the Glomo Award for Mobile Authentication and Security. The awards, presented at the Mobile World Congress (MWC) in Barcelona this week (Feb 25-28), were announced as part of the major telco conference.

Nok Nok, based in San Jose, California, in 2011, beat off competition from a field including:

The win was for the company’s Nok Nok S3 Authentication Suite, which is a digital authentication platform that uses the existing biometric security features of a user’s device (such as a fingerprint sensor) instead of a password.

Commsrisk has previously argued that the use of passwords has the potential to compromise businesses and play into the hands of fraudsters. Experts are urging that we abandon passwords and switch to alternative security methods. So it’s a move in the right direction for GSMA to shift its focus towards authenticating users – two years ago this award category was for Best Mobile Security or Anti-Fraud Solution.

However, it’s interesting to note that leaders in the signalling protection market AdaptiveMobile and Mobileum were both beaten this time. The exploitation of signalling vulnerabilities is considered a key issue, thanks partly to the efforts of security researcher-activists like Karsten Nohl. Last year’s Glomo was won by Evolved Intelligence for their Signalling Firewall. Evolved Intelligence has since been bought by Mobileum.

Authentication needs to work between multiple companies and so by its nature has to rely on open standards. However, the Glomo award announcement praised Nok Nok for following the GSMA’s own Mobile Connect standard. It will be interesting to see how this develops going forward, since a universal solution requires a standard which all users agree and adhere to.