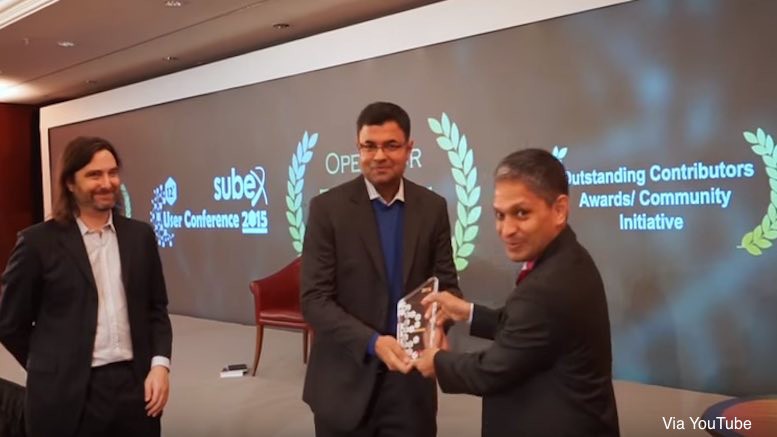 The Subex Excellence Awards recognizes operators who have innovated in the field of risk management and individuals who have made an outstanding contribution to our community. Nominations are currently open. The deadline to submit nominations is 20th September 2016. Anyone can make a nomination; the relevant form is here.

The awards will be presented at the Subex User Conference which will be held in Jaipur, India, from the 25th to 27th October.

This is the second year of issuing the awards. Last year the operator award was won by Airtel, whilst the individual contributor award went to Amit Agrawal. Amit is pictured at the 2015 conference (standing in the center) receiving his award from Subex COO Vinod Kumar (right).