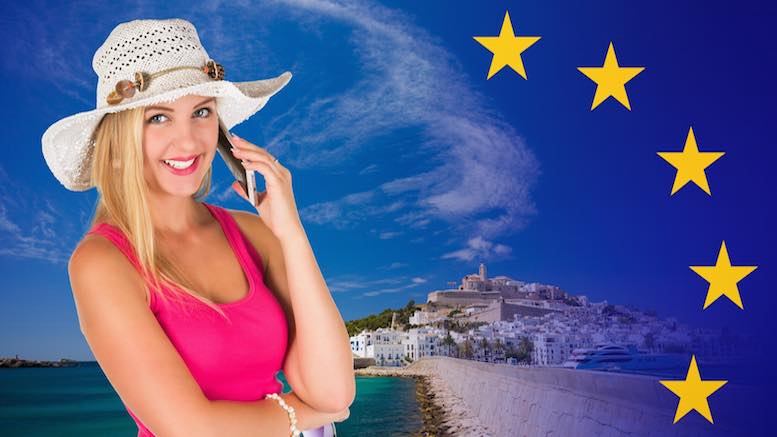 iD Mobile is a small UK telco. They are so small that I have never seen anybody from iD Mobile at the UK telco parties that I attend. Perhaps nobody knows where to send the invitations. But even the smallest telco presumably employs somebody to stay informed of the business laws and regulations they are supposed to comply with. This should be especially true of telcos, because telecoms is a heavily regulated industry. But it seems nobody at iD Mobile knew that the European Union had told telcos to apply the same prices to all calls made whilst roaming inside the EU as those which apply to calls made within their own country. You might have heard about this rule change, especially if you work in the EU. I heard about it, and I do not even have a proper job. The new rules came into effect two months ago. The change has all sorts of ramifications, as it threatens to further reduce telco revenues whilst potentially encouraging more fraud. But even so, nobody at iD Mobile understood what was happening. And that is why iD Mobile has been publicly embarrassed by moneysavingexpert.com which reports that:

The firm, which is owned by Carphone Warehouse, has been charging a roaming fee if customers overseas in the EU call another EU country (which isn’t the UK) – despite new rules coming into force earlier this summer to stop this.

Maybe somebody at iD Mobile should regularly chat with the people at their parent company, which is a pretty big business. But that is not how they learned of their mistake. The ignorance of people working at iD Mobile came to light when a company representative went on to a forum run by moneysavingexpert.com and posted a comment which showed they did not understand the rules!

Thankfully, the good people at moneysavingexpert.com are better at catching billing errors than all the regulators and auditors that guarantee the accuracy of UK phone bills. The consumer advice website stated:

When we contacted iD Mobile to query whether this policy was in accordance with the new EU rules, a spokesperson told us it was changing its policy – and had already been in contact with the UK telecoms regulator prior to our query.

Regular readers may remember that it was not so long ago that Lindsey Fussell, Consumer Group Director of UK regulator Ofcom, told everybody:

There can be no margin for error, and no excuses, when it comes to billing customers correctly.

This experience with iD Mobile demonstrates why Fussell’s tough talk is a lot of hot air. Why should UK customers expect their bills to be accurate when there are UK telcos who only learn about European-wide pricing changes two months after they came into force!

I hope we can all learn a valuable lesson from this incident. The lesson is not to keep an eye on changes in laws and regulations, because you obviously know that already. What we have all learned is that, if you know anyone at iD Mobile, then you should insist upon them coming to the same telecoms industry parties that the rest of us attend. Then they might discover the latest gossip about what is happening in this industry. Otherwise, we can anticipate future headlines that read “UK telco says nobody told them about new data protection rules” and “iD Mobile shocked to discover Britain has left the European Union”.

Follow this link to read the moneysavingexpert.com article about iD Mobile’s mistake.