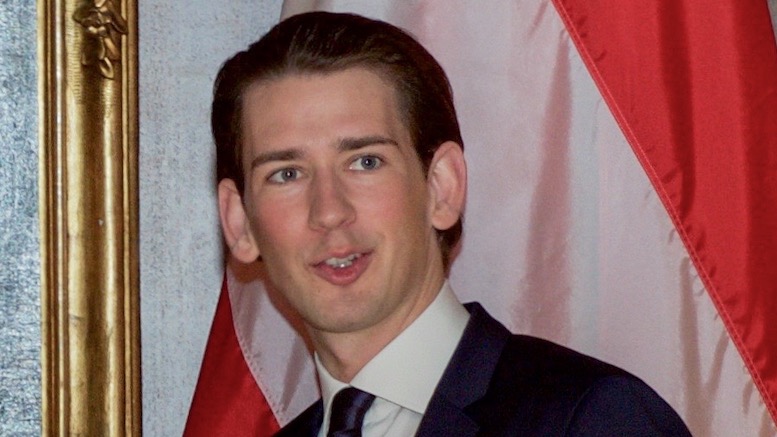 Sebastian Kurz (pictured), who stepped down as head of the Austrian government in October 2021, has been appointed President of the latest venture of Shalev Hulio, founder of Israeli phone spyware company NSO Group, reports Globes. The new business, entitled Dream Security, will concentrate on selling cybersecurity for oil, gas and water infrastructure to European governments. Hulio recently resigned from his role as CEO of NSO Group, the business he founded 12 years ago, as the company is undergoing extensive restructuring in the wake of law suits alleging that they unlawfully abused phone services in order to spy on phone users.

Kurz was Chancellor of Austria from December 2017 to May 2019 and again from January 2020 to October 2021. Still only 36 years old, Kurz was the youngest Chancellor in Austrian history and the youngest head of any government during his time in power. However, Kurz left office under a cloud following allegations of corruption. He is being investigated over claims he used public money to bribe pollsters and journalists. Kurz’s political connections will be used to open doors and land government contracts for Dream Security, which he will serve as both its President and as Vice President for Business Development.

Globes states that the new business, which has not been incorporated yet, already has USD20mn in funding behind it, some from previous backers of NSO Group. When asked about his motivations for creating the new venture, Kurz told Globes:

I decided that I want to move from the attack side to defense. Ultimately, cybersecurity is a much bigger market.

Kurz will not be the first Chancellor to seek a big payday following his departure from government. Former German Chancellor Gerhard Schroeder has disgraced himself as a Putin apologist and Chairman of Russian gas and oil business ROSNEFT. Schroeder gave vital support to the building of the Nord Stream 1 gas pipeline between Russia and Germany during his time as Chancellor. The German strategy of becoming dependent on Russian natural gas is now correctly seen as a reckless policy that has undermined the security of the whole of Europe. Energy prices have risen savagely in Europe as a consequence of Russia interrupting supplies as revenge for European sanctions over the invasion of Ukraine. In September, Nord Stream 1 was sabotaged using explosives, most likely by Russian operatives, leading to a massive release of gas that will contribute to global warming. Many Germans previously tried to convince themselves that Schroeder’s grubby Russian dealings had something to do with building peaceful relations between the two countries, but this year German prosecutors charged Schroeder with crimes against humanity as a consequence of his close ties with Putin’s regime.

It is well past time for Europeans to wake up and take their security seriously. NSO Group is a dodgy Israeli company which does shady deals with governments and profits from the hacking of phones belonging to journalists, politicians, and civil activists. Their methods rely on obtaining a detailed technical understanding of systems in order to undermine them. Now the same people say they want to protect Europeans from harm by obtaining an intimate knowledge of the security of the infrastructure used to supply energy and water. The first step they took to persuade Europeans they can be trusted involved purchasing a politician with a tarnished reputation to be their leading salesman. It is time to stop behaving like credulous children who believe the words of every marketing campaign they are shown. These people have already shown us who they are. Their reputations stink. To let them anywhere near the security of vital infrastructure would be utter folly.