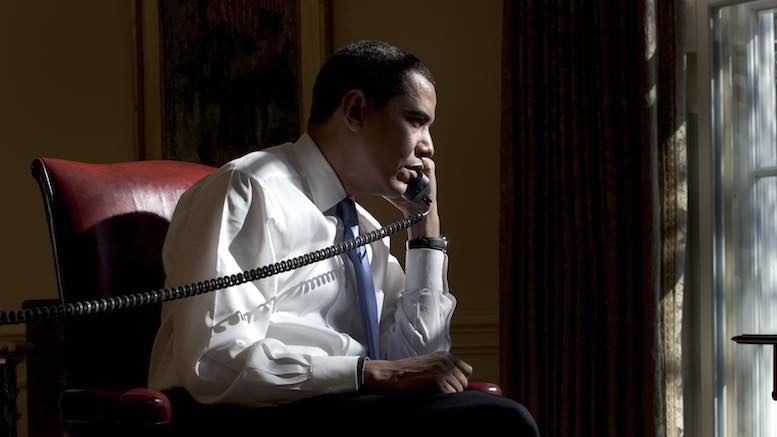 US President Barack Obama has hardly shown himself to be a fan of privacy. His administration has spied on the American people, spied on friendly world leaders, and lied about the extent of its spying. A cynic might suggest Obama’s crude attempts to influence net neutrality regulation were designed to shore up flagging support from the tech-savvy Californian crowd who enthusiastically supported his election, but were dismayed to discover their privacy had been undermined during his time in office. So it is a big deal that the Whitehouse has sided with tech businesses and privacy enthusiasts, and against the spies and police, by dropping demands that private companies insert technological ‘back doors’ to assist surveillance. Furthermore, tech companies will not be forced to hand over encryption keys or source code.

By siding with corporations like Apple and Google, the White House has gone against the advice of law enforcement agencies like the FBI. This was the right decision; the FBI’s advice was lousy, selfish and short-sighted. Back doors may make it easier for the FBI to catch criminals, or for the NSA to identify terrorists. However, the same loopholes could also be exploited by foreign governments. They might also be co-opted by terrorists and organized criminals, though for some reason the FBI and the NSA are less willing to admit to this obvious danger.

Thankfully, the self-interested prejudice of the spooks was challenged by an elite group of security experts. In an influential paper published by MIT, fifteen top crytographers and computer scientists showed why government access to data and comms would cause fatal damage to security in general. Following their lead, the White House’s Office of Science and Technology Policy reached the same conclusions.

Whilst privacy advocates will be happy with this decision, they should be conscious that the motivation for this decision has more to do with big business than morality. Successful US businesses like Apple generate most of their revenue from foreign customers. The EU-US ‘Safe Harbor’ data protection deal has just been shredded by an EU court. Privacy-oriented tech manufacturers like Silent Circle choose to base themselves outside of the USA, in countries where the government will not undermine their offering. US companies are already at a disadvantage because customers in other countries have no reason to trust the US government with their corporate and personal data. Obama is right not to inflict even more damage on the American tech industry.

This decision by the Obama administration is a victory for economics, as well as privacy. US businesses cannot compete in global markets if they openly hand customer data to the US government. Obama may want to be seen as tough on crime and terror, but he knows his popularity is also linked to jobs and trade. The decision not to undermine encryption is ultimately a victory for the realities of the global marketplace.