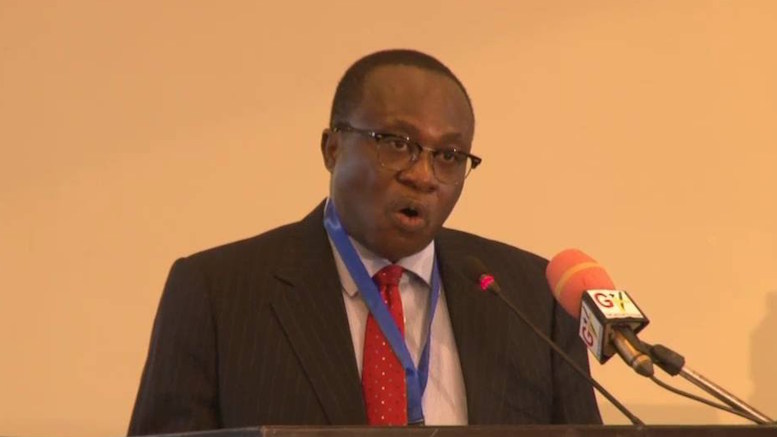 GhanaWeb reports that several members of the board at Ghana’s National Communications Authority (NCA) are being prosecuted over the abuse of millions of dollars taken from the comms regulator. Former NCA Chairman Eugene Baffoe-Bonnie (pictured) is amongst the accused. Corruption Watch Ghana, an anti-corruption body, said that the case involved…

…the purchase of a listening device to monitor suspected terrorists although there was no proof that the device was delivered. It was later revealed that the NCA officials indicted in this case had withdrawn an amount of $4 million from the accounts of the Authority and that could not be accounted for.

Attorney General Gloria Akuffo has charged the former NCA high-ups with willfully causing financial loss to the state plus 16 other offenses. They have all pleaded not guilty.

Per GhanaWeb, Akuffo stated that the accused…

…had contracted an Israeli company, NSO Group Technology Limited, to supply listening equipment at the cost of $6 million, to enable the authorities to monitor conversations of persons suspected to be engaged in terror activities.

A local agent, Infraloks Development Limited, was also charging $2 million to facilitate the transaction, bringing the total sum to $8 million.

The State said National Security did not have the money to fund the transaction, therefore, the NCA which has supervisory jurisdiction over the use of such equipment was asked to fund the project.

Several Ghanian commentators have previously claimed that the NCA sought to engage in surveillance under the pretext of performing its regulatory duties. This case implies their concerns were well-founded. There is an obvious ethical conflict in having the regulator of comms providers use the money they raised by taxing telcos to finance the purchase of spying equipment on behalf of a national security agency.

Ghana’s NCA has long been mired in controversy over the right and need to audit national telco revenues. Working in an environment which was hostile to telcos, the NCA was one of two government agencies publicly arguing about which had an exclusive remit to audit telco revenues in Ghana, ostensibly because the telcos could not be trusted to pay their taxes. However, since the NCA prevailed in the fight and implemented their preferred national program, they changed their argument, and now claim the benefits of the program come not through identifying the underpayment of corporate taxes but by being able to protect customers from overcharging.

You can read the GhanaWeb story about the prosecution by following this link.