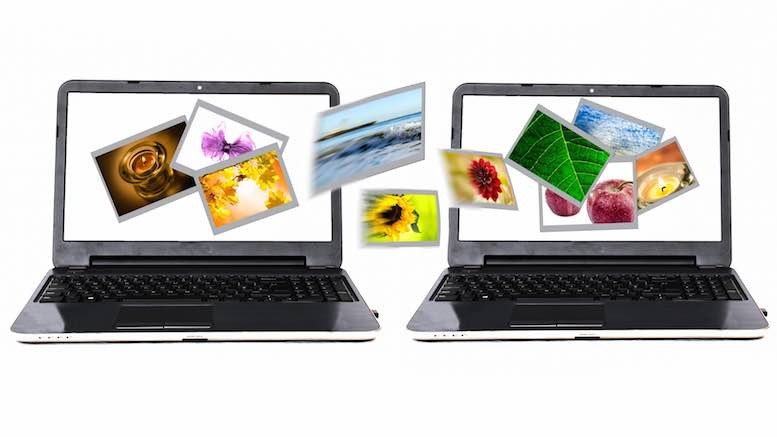 Can you resell the books, CDs, and DVDs that you are no longer interested in having? The answer to this question is easy: usually, yes.

But what about the case of ebooks, music tracks, and films downloaded from the internet? Well, here, the question is more difficult and – at least at the EU level – does not have a clear answer yet. The issue is particularly complex due to both practical and legal reasons.

A perfect analogy between physical and digital copies of a work does not seem really possible to be drawn in the first place. Unlike analogue/physical copies (such as a book) the digital copy of a work is not subject to any sort of appreciable degradation. If you read the same ebook five times, the quality of the copy you have remains substantially unaltered. However, can you say the same about a physical copy of a book?

Another argument that is sometimes advanced to highlight the difference between analogue and physical copies is that greater control can be exerted over the transmission of a physical copy. If you allowed someone to transfer his/her digital copy of a work, how can you make sure that this person would not just create a new copy and keep his/her original one?

While this argument may hold some truth in principle, reality is that anti-copying technologies have been in place for years and some (albeit ill-fated) second-hand digital marketplaces have demonstrated that it is possible to allow the transfer of one’s own copy without real possibilities of duplication. Also latest developments (see below) suggest that the control argument may be short-lived.

Besides technical considerations the legislative framework appears (problematically) ambiguous, both in Europe and the US.

As lawyers will know, the right of distribution (which is relevant to the present discussion) is subject to exhaustion, further to the first lawful sale of a copyright work or a copy thereof. While for analogue/physical copies the concept of exhaustion is not difficult to grasp (you buy a book at a bookshop – you become the owner of the copy – you can resell that copy), the same is hardly true in relation to digital copies. Essentially, the issue is twofold, ie whether:

The answer – at least formally – may be in the negative in both cases.

In relation to the US, it is unclear whether this country’s copyright law allows application of the first sale doctrine within §109 of the US Copyright Act to digital copies, although this provision has been said to be technology-neutral in that it would not distinguish between analogue and digital copies. This suggests that there is nothing in US law that states that the notion of ‘copy’ must be intended as confined solely to tangible copies.

This said, however, during a 2013 lecture at Columbia Law School former US Register of Copyright and current president and CEO of the Association of American Publishers, Maria Pallante, suggested that US law does not allow for the possibility to resell digital copies of copyright works, and that this is a matter for Congress to address.

Moving to Europe, the (controversial) 2012 decision of the Court of Justice of the European Union (CJEU) in UsedSoft, C-128/11 affirmed the possibility of digital exhaustion under the Software Directive in relation to computer programs downloaded from the internet.

While the CJEU confirmed the general principle of UsedSoft in its more recent (2016) decision in Microsoft, C-166/15, it remains unclear whether and to what extent this conclusion can be extended to works other than computer programs and that fall under the scope of the general EU copyright directive, ie the InfoSoc Directive.

In his Opinion in VOB, C-174/15 (an e-lending case) Advocate General (AG) Szpunar held the view that the issue remains unaddressed at the EU level, and that the 2015 CJEU decision in Allposters, C-419/13 did not provide a response to the question whether Article 4 of the InfoSoc Directive envisages digital exhaustion.

While this appears true from a formal standpoint (Allposters is a traditional – albeit unusual – analogue case, and has nothing to do with the digital world), my view is that there might be a divergence from the path taken in UsedSoft if the CJEU was given a real opportunity to address the issue of digital exhaustion. First, in Allposters the CJEU was pretty clear that exhaustion only applies to the tangible support (corpus mechanicum) of a work, not the work itself. Secondly, although dismissing the idea that the reference had anything to do with exhaustion, in its 2016 VOB decision the CJEU appeared to think along lines similar to those used in Allposters when it suggested that exhaustion relates to the “physical medium” of a work.

Amidst all this uncertainty, the latest news is that technological advancement might reduce – if not remove altogether – technological concerns surrounding the possibility of digital exhaustion (particularly the issue of different degrees of control).

The most recent installment is in fact that blockchain tracking technology is being proposed as an aid to make ebooks increasingly akin to analogue/physical copies. Blockchain technology allows in fact readers to ‘own’ an ebook and ‘lend’ it to others, thanks to the possibility of tracking this type of transaction.

The first ‘disintegrating e-book’ has just been placed on the market: you can see how it works here.

This said, shifting consumer behaviours may ultimately make addressing the issue of digital exhaustion redundant, at least as regards certain types of copyright content. There seems to be in fact an increasing trend towards consuming copyright content not by means of actually possessing (NOTE: ≠ owning) of a digital copy (eg an internet download) but rather through streaming content online. This appears for instance to be the case of music. In its latest Global Music Report, IFPI highlighted how streaming continues to grow, while the number of downloads has been decreasing over time.

Overall, digital exhaustion might become one of those issues that the law has failed to address clearly in a timely fashion but that ultimately might be offset by technological advancement and evolving consumption patterns. Whether this wait-and-see approach is desirable, however, is a different story…