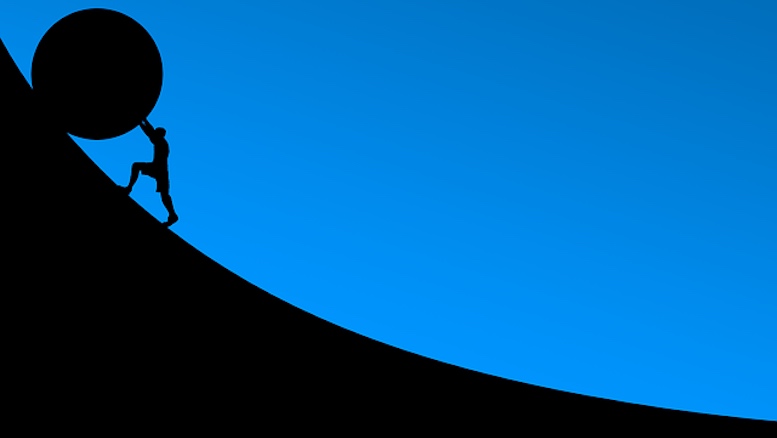 You will have noticed that parts of the world have been going wrong recently. The pandemic has had tragic consequences for many. Others have suffered much more than me, but I can still rue the ending of a romantic relationship, the abandonment of my hopes of moving to a new country, and the chaos caused to the work of my nonprofit association, the Risk & Assurance Group (RAG), which recently had to reschedule its London conference. Each of these setbacks can be blamed on COVID-19 and the restrictions imposed to reduce its spread. But you do not need to live through a worldwide disaster to know some things will inevitably go wrong sooner or later. I am acutely aware of this today because of a stabbing pain in my right side, caused by one of my organs misbehaving. Were it not for the pandemic, perhaps this organ would have been removed already. Until that operation occurs I will have to rely on painkillers and confine myself to less physically arduous tasks like typing new articles. This is the 2,000th original article I have written for Commsrisk, and the one thing I have conclusively learned from the experience is that little can be accomplished without persevering in the face of adversity.

Over the years I have seen many people launch websites, instigate new professional communities, and propose all sorts of cooperative solutions for the challenges that telcos commonly face. Most failed. The majority failed almost as soon as they began. This tells me it is easier to adopt a new ambition than to persist with an old one. The thrill of triumph comes easy at the beginning of a new venture, because then you are full of optimism about future success. It is harder to feel triumphant many months later, when all the work already done continues to be less than the work that still needs doing. This will be understood by anyone who owns a pair of running shoes that have grown old because they have been rarely used; shoes that are often worn will much sooner need replacement. Years ago I fulfilled my ambition of running a marathon, though the extent to which I was ‘running’ may be debated, given that I finished slightly behind an 84 year old woman. The final stretch of that endeavor also proved to be a painful experience, but the goal was accomplished by continuing to put the left foot ahead of the right, and right foot ahead of the left. There are good reasons why we still quote the wisdom of Laozi, who observed 2,500 years ago that:

A journey of a thousand miles begins with a single step

One reason I never reveal the exact number of readers for my articles is that most people who ask for figures have no useful frame of reference. The other reason is that the size of the audience does not accurately reflect my goals. I can joke about an 84 year old completing a marathon in less time than me because you have some awareness of my likely age and because you rightly assumed that an old woman will be a lot slower than most of the other people who ran that day. You also infer that neither of us expected to win that race. Writing 2,000 articles affords me considerable perspective on what headlines and content will attract most readers on the day the article is published, which will still be read many years later because people find them through a Google search, and which will attract fewer readers. But the value of a message should not be measured solely by reference to its popularity. To make change you have to offer an alternative, and arguing for a new approach will never be as popular as repeating a familiar message that challenges nobody.

It was always my belief that the internet should improve the way telecoms risk professionals work together, and it is somewhat disappointing that the world needed a pandemic to accelerate desirable change. There continues to be no shortage of people who wish to influence decisions by participating in conversations that involve 10 or 12 peers but seemingly lack the confidence to argue their case in public. People who work like that do not want the internet to alter the way they work because they use the exclusion of others to increase their power. We work in a global industry but the mechanisms for effecting change have been too slow, too ineffective, and too often dominated by individuals whose main goal is to maintain the status quo. Our profession and our consumers continue to pay the price in the form of error-prone charging, regulatory corruption and endemic crime.

Commsrisk has made disruption of the status quo possible by creating an environment where the professionals and telcos who want change can find each other and work together, whilst bypassing gatekeepers who inhibit change. The internet pathways constructed by Commsrisk and fellow travelers have led us to the industry’s most comprehensive inventory of revenue and cost leakages, the delivery of free online training to thousands of professionals worldwide, the largest ever RAFM survey, and to more than 80 telcos using new distributed ledger technology to exchange fraud intelligence. Each triumph depends on the contribution of many selfless people. Finding those people is not easy. Their victories have not come easily. New obstacles keep being put in our way. But overcoming adversity makes the success that follows more meaningful.