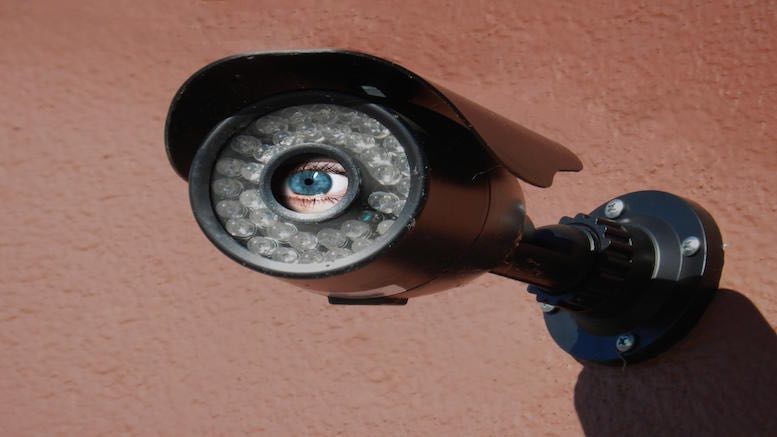 Some people say there is no such thing as a stupid question. Others say if you ask a stupid question, expect a stupid answer. My feelings lie somewhere between those extremes. If somebody is genuinely ignorant, and wants to solve real problems, they must ask questions, because they need to learn. On the other hand, some people should not be ignorant. If a doctor or lawyer or rocket scientist asks questions that reveal their ignorance of medicine, or law, or rocketry, then perhaps they should be sacked, to protect everyone else. What is the correct response when the TM Forum asks this question?

Personal data: Show me the money!

What do you think: Should users pay for their privacy?

This question is about what users want, and how they will behave. It relates to gathering data about customers, and marketing services to them. So does the TM Forum ask users what they think, or analyze data relating to customer behavior? Nope. They ask the opinion of industry insiders! Are they being serious? Perhaps not. At the time of writing, their post had received no comments, no Facebook shares, one tweet, no Google +1’s, and no LinkedIn shares. So if they wanted to start a debate about the relationship between revenue and privacy, the TM Forum is off to a slow start.

Plenty of surveys have asked the public how they feel about privacy. In a 2010 Gallup poll of American internet users, just 35 percent felt that free access to websites would make it worth giving up their privacy by being tracked online. A 2012 study by Pew Research found that 74 percent of Americans felt business was collecting too much information. A subsequent 2014 study by Pew Research showed that 91 percent of American adults “agreed” or “strongly agreed” that “consumers have lost control over how personal information is collected and used by companies”. Only 1 percent “strongly disagreed”. In the UK, a recent ComRes poll commissioned by Big Brother Watch found that 46 percent felt “consumers are being harmed by big companies gathering large amounts of their personal data for internal use”, whilst only 19 percent felt the data was used to enhance their experience. Some might argue these insights show that customers care about privacy, and may be willing to pay for it. I reach a different conclusion: most people are cynical about why businesses want data, and they feel privacy standards are generally too low.

Widespread disapproval does not mean no customer would pay for privacy. Some would. Different people have different attitudes and cultures vary from country to country. But whilst start-ups can take risks and get away with decisions which are tolerated by early adopters, big established businesses need to think about their wider reputation. Grabbing a little money can do more harm than good, especially when it causes distrust amongst existing customers. Telcos are big businesses; it can be foolish to upset existing customers to pursue unproven sources of new revenue.

Telcos also need to be aware of the wider issues. Digging into the data listed above, I found more obstacles to pay-for-privacy. For example, the 2010 Gallup survey showed it was those on low incomes who were least willing to sacrifice privacy for free services. Other surveys support the conclusion that the poorest are most hostile to the notion of trading privacy for some other benefit. A business that serves consumers in all income brackets is taking a big gamble when launching a proposition that might be interpreted as: “give us more money or we take your data”.

Governments and regulators always look for reasons to mandate a higher quality of services, or to impose price controls. Pay-for-privacy would invite severe scrutiny, because it implies privacy is technically straightforward, and the only obstacle is the profit motive. A short term revenue gain might hence be outweighed by a long term political loss. Returning to the data, it should be noted that Pew Research found that between 2007 and 2012 there was a 14 percent increase in the proportion of Republican voters who felt businesses collected too much personal information. In other words, 72 percent of the most business-friendly American voters are concerned about how big business treats personal data. Backed by popular opinion, politicians would have every reason to intervene if big businesses push propositions that seem to extort money from customers unwilling to have their privacy invaded.

Asking whether pay-for-privacy is a viable proposition reveals a disconnect between the communications sector and the public it serves. You may want more money, I may want more money, but if the public strongly objects to giving us more money, we would be foolish to antagonize them. And the industry has been down this path many times. Do customers want walled gardens instead of unrestricted access to the internet? Do they prefer to pay for content when they can get the same content for free? How do they respond when they buy ‘unlimited’ packages but suspect their service has been throttled? Are they happy when they buy services that were described as ‘up to’ a certain speed, but which usually fall well short? The communications industry has a history of looking inwards, convincing itself it can make money from propositions that leave the public feeling cheated. Pay-for-privacy is the latest incarnation of this unhealthy tendency, and it beggars belief that some people actually feel it might be worth debating the merits of pay-for-privacy within the closed environment of an amoral and rudderless industry body like the TM Forum.

Not every organization lacks leadership. This is what Apple CEO Tim Cook said last week:

We believe that people have a fundamental right to privacy. The American people demand it, the constitution demands it, morality demands it…

I’m speaking to you from Silicon Valley, where some of the most prominent and successful companies have built their businesses by lulling their customers into complacency about their personal information. They’re gobbling up everything they can learn about you and trying to monetize it. We think that’s wrong. And it’s not the kind of company that Apple wants to be…

We don’t think you should ever have to trade [your data] for a service you think is free but actually comes at a very high cost. This is especially true now that we’re storing data about our health, our finances and our homes on our devices.

Take that, Facebook! It was obvious that Cook was slamming the TM Forum’s newest member, alongside Google and other big data exploiters. Why would a CEO make this speech? The answer is Tim Cook wants to be popular. All businesses are in the business of being popular with their customers. I have to shrug my shoulders and question why such a basic lesson needs to be repeated to the insular business folks who still swirl around the comms sector, believing they can do no wrong. Have they not learned from past experience? Or failing that, will they not learn from their customers?

I will always defend comms providers when they are confronted by unreasonable and ill-informed customer expectations. The best current example is the high-profile American political campaign for net neutrality. Net neutrality is well-intentioned, but it would be counterproductive. It will hurt ISPs and the public by depressing investment in infrastructure. The consequences of net neutrality have not been thought through; the public does not really want time-critical and life-saving medical applications to be given the same priority as live streams of pornography, or photographs of cute kittens. The FCC did not receive 3.7 million comments to its consultation on net neutrality because the American public care deeply about an abstract principle relating to packet management. It is clear from the endless stream of online invective that Americans want net neutrality because they are deeply dissatisfied with the service they receive from cable companies. Net neutrality will not improve customer service, nor lower prices, nor guarantee higher speeds. However, the American public supports net neutrality because they want government to do something – anything – to address what they perceive to be bad behavior by ISPs. Pay-for-privacy also has the capacity to provoke public hostility to comms providers. Perhaps some comms providers prioritize the next quarter’s revenues over their share price in a few years from now. But if they care about sustaining shareholder value, then pay-for-privacy is a reputation-shredding trap they would be stupid to consider.

Please do not waste time talking to insiders who may have their own motives for pushing pay-for-privacy. Speak to customers instead. Or better still, listen to them! Step away from the industry buzz, and you find customers speak loud and clear. Pay for privacy? Never! Our customers expect privacy to be be free, and to come as standard. And whether we like it or not, the customer is always right, and will get what they want in the end.