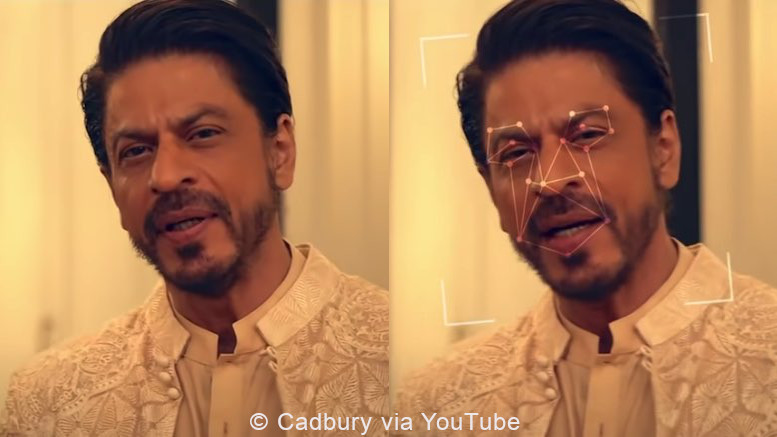 A new advertising campaign from chocolate makers Cadbury features Indian film superstar Shah Rukh Khan wishing everybody a happy Diwali, whilst also naming thousands of small businesses. This was made possible by creating a deepfake version of Khan that seamlessly inserts the names of small businesses chosen by Indians from across the country, allowing each firm to create their own personalized version of the advert which they can then share via the internet. The best explanation comes from Cadbury’s overarching campaign promo, which you can play below.


This is a brilliant marketing idea, ensuring Cadbury’s name is repeated and reinforced by untold numbers of small Indian storeowners, some of whom will also sell Cadbury sweets. Deepfake video adverts represent the latest stage in an evolution of online marketing that began with wordy websites and blogs but now involves far more video content. Website builders like Wix have made it easy for businesses and individuals to cheaply assemble attractive websites without needing to learn any coding by dragging and dropping widgets and images into a selection of templates. The success of the website builder business model has consequently prompted competition from companies that originally focused on providing web hosting and domain registration services. A similar improvement in the production of low-cost video adverts now also seems likely. This will stimulate further growth in the use of video streaming as well as creating new opportunities for media and communications firms that create and sell stock video adverts that customers will tailor to their needs.

It follows that there will be reductions in the cost of deepfake technology, alongside improvements in its quality and availability, because of the money spent on it. This undermines the potential use of biometrics that rely on recognizing a voice or a face when the person is not physically present. Some biometric software is designed to counter the risk of being subverted by requiring people to repeat a randomly chosen series of numbers or by capturing videos of faces in order to distinguish live users from still photographs. However, the prospect of unlocking a handset using facial recognition or accessing online banking services by speaking a passcode will become significantly more risky as deepfake technology becomes more widespread.