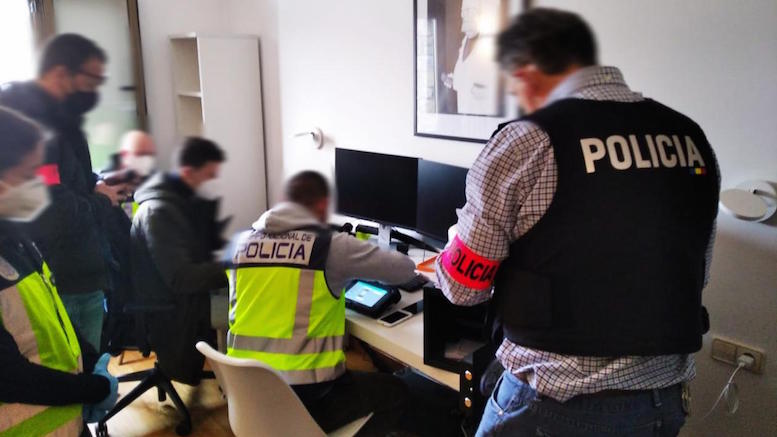 Illegal streaming app Mobdro has been taken out of service following an operation led by the Spanish National Police (Policía Nacional) with support from law enforcement in Andorra and Portugal. Over 100 million users had downloaded Mobdro, an Android app that played video content including live football from the top European leagues. Investigators estimated that the business running Mobdro’s service generated profits of more than EUR5mn (USD6mn). A statement from Europol explained:

The Spanish company behind the illegal activity earned its profits through advertisements. Through the computer infrastructure and power, they were able to sell user information to a company related to botnet and DDoS attacks.

Police raided houses (pictured) and made a total of four arrests. The infrastructure supporting Mobdro was found to include websites in Spain and Portugal and servers in Czechia. Various domains and servers were blocked or taken down as a result of the operation.

An announcement from the Alliance for Creativity and Entertainment (ACE) highlighted how the private sector underpins and instigates law enforcement in order to protect intellectual property rights.

The investigative work undertaken by ACE and the Premier League served as the foundation for this case. The Spanish National Police Cybercrime Central Unit led the enforcement action and Europol coordinated the international links in this case.