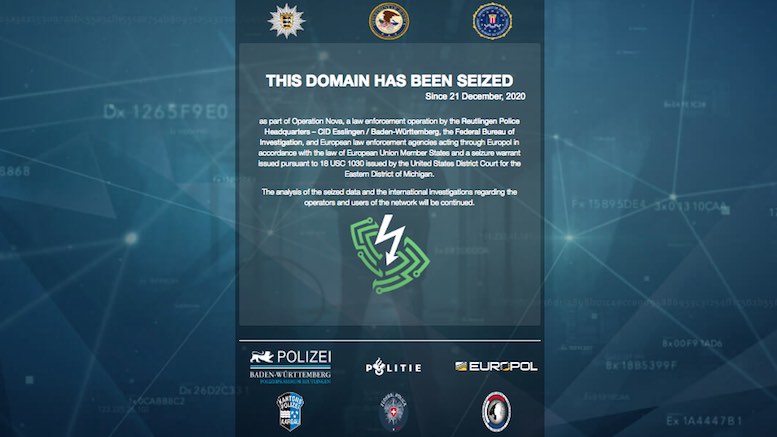 Safe-Inet, a virtual private network (VPN) service said to be ‘used by the the world’s foremost cybercriminals’ has been shut down by coordinated police action across several countries. Led by the German Reutlingen Police Headquarters, law enforcement in Germany, the Netherlands, Switzerland, France and the United States seized Safe-Inet’s servers shortly before the end of 2020. They also took control of the VPN provider’s former domains and slapped glossy notices across them (pictured above).

The police spied upon the spies, using surveillance to determine that criminals were using Safe-Inet to engage in widespread corporate espionage. Over 250 companies were warned about imminent ransomware attacks. Announcements from the US Department of Justice and Europol confirmed the VPN was used not just to distribute ransomware, but also for the online skimming of credit card numbers, spearphishing attacks and account takeovers.

Safe-Inet provided customer support in both Russian and English, and they routinely advertised themselves on black hat forums with the promise that they took no logs and collected no information about users, hence guaranteeing their anonymity. They described their service as ‘bulletproof’. However, this operation showed that the continuing rise in cybercrime must prompt a reaction from police.